New spy images that made their way to the web reveal a test mule of the Royal Enfield Continental GT doing rounds during a public road test. A significant addition to this test-mule over the current generation model is the addition of a dual channel ABS. 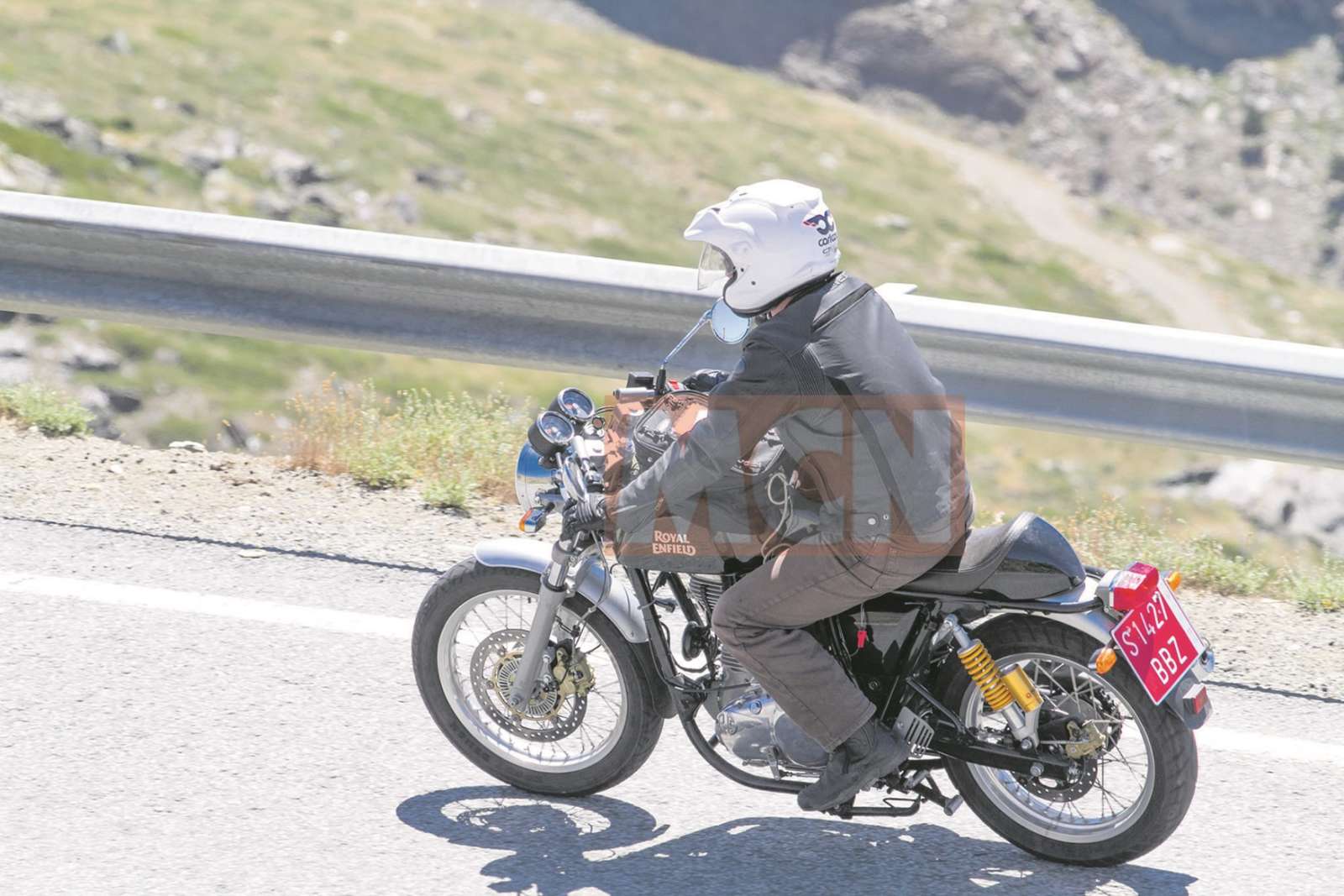 A few other updates that are likely to make it to the new Continental GT would include a Euro-4 emission compliant engine, an upgraded exhaust system and LED DRLs. In the current state of tune, the 535cc air cooled, single cylinder, fuel injected engine of the Continental GT develops 29 bhp and 44 Nm of torque. This motor sends power to the rear wheel via five speed gearbox. 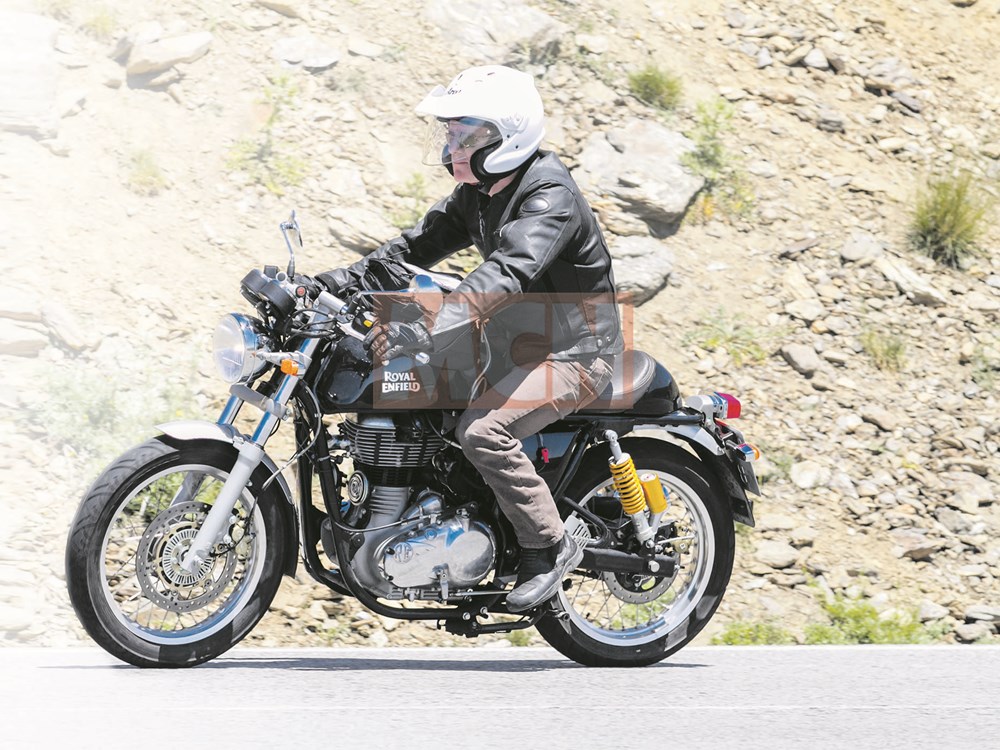 Apart from the new Euro-4 compliant motor and ABS, the updated model will continue to use most of the hardware from the current motorcycle. The upcoming variant will be based on the twin downtube cradle frame. Suspension duties would be provided by the same 41 mm telescopic unit upfront and a gas charged Paioli twin rear shock absorbers at the rear. Similar to the current generation model, the test mule donned a pair of Pirelli sport Demon tyres and disc brake setup at both ends.