Valentino Rossi has given Yamaha an ultimatum to choose either him or Lorenzo for 2011. The Doctor has  announced that he will leave Yamaha and shift to Ducati if Lorenzo is retained as his team mate. Rossi has gone on the record stating that Ducati has given him a offer. 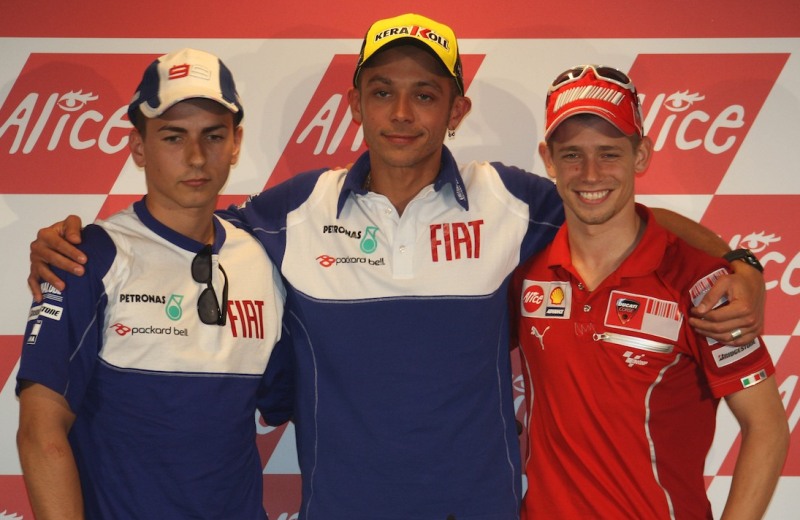 The seven times MotoGP champion said that he was tempted with the offer to ride for an Italian team but would prefer to finish his career with Yamaha. Rossi said that he has not taken a firm decision yet. The Doctor revealed that it’s too early to say though he has a great option with Ducati by changing bikes and trying to win on an Italian bike. He further said that it’s a great motivation for him but he would prefer to stay with Yamaha because he thinks that the relationship between him and Yamaha is something special.

Rossi had given hints earlier about being unhappy with the fact that Yamaha was trying to balance two number one riders. Although Vale has refused to accept Lorenzo as team-mate and threatened to shift, he still commented that racing with Lorenzo was enjoyable. The Doctor said that he likes Jorge’s approach to racing for he tries to the maximum, he battles, he’s aggressive, but not too much and that,s so important.

So, which team will Rossi ride for in 2011? Will Yamaha give in to Rossi’s threat? We will have the answers soon.