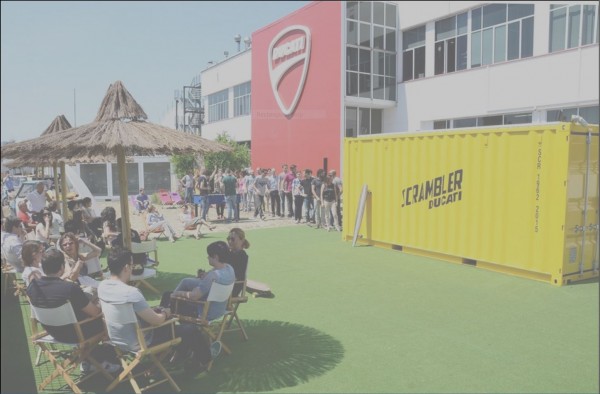 As the employees were about to begin their monotonous routine, they were greeted to a surprise ambience of a beach. There was music, and surfboards were there as well. Street food was on offer too, and there was a yellow container within which the bike was kept hidden. The employees were then allowed to have a private viewing of the 2015 Ducati Scrambler. However, none of the employees were allowed to capture any images of the bike.

Will we stumble upon any grainy spyshots on the web in the days to come?? Time alone will tell.

The specific model has been speculated upon for years. Finally, after the public display accorded upon to the Bolognese factory employees, the existence of the 2015 Ducati Scrambler has been confirmed. Ducati has promised that this bike will be available from 2015 onwards. Thesaid model draws upon the ideals of the company during its glorious period, i.e. the 1960’s-70’s. The Scrambler itself is essentially the barebone of a bike; it boasts of the essence of motorcycling as put forward by two wheels, a wide comfortable handlebar with an engine nestled in between that gives loads of fun while riding. 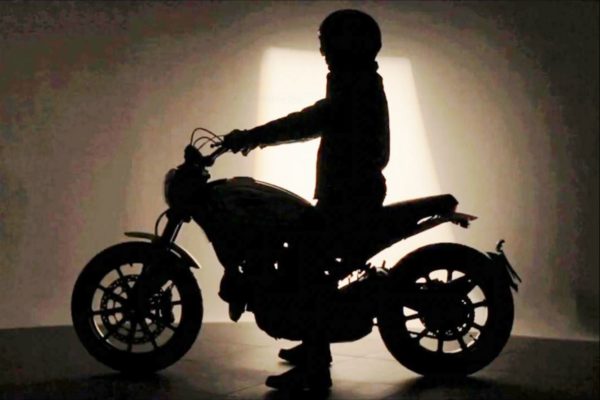 However, the company has hinted that the new 2015 Ducati Scrambler will not only draw upon its tradition, but also boast of modernity as well. Though we don’t expect all the high-tech electronic wizardry, we do hope it comes with a pair of proper lamps and an elegant instrument console. Ducati has also revealed a teaser video of the bike; you can have a look at it here.

If you are someone who doesn’t like to tread the beaten path, the 2015 Ducati Scrambler will certainly appeal to you!