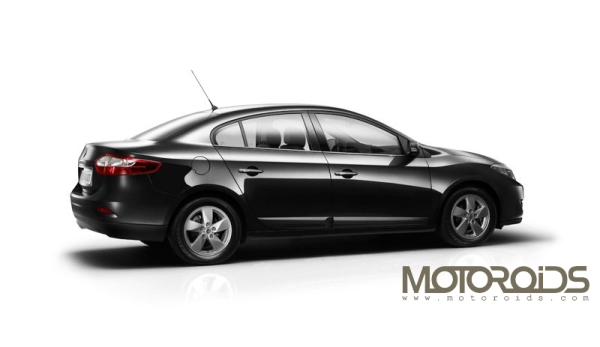 Renault India’s website has very recently rolled out a graphic that gives the readers an insight into what the company plans for the Indian market in the coming years. The strategy is represented by a timeline with nameless outline graphic of cars to be launched. With the launch of the Fluence sedan just around the corner, the company has decided to not make any bones about its intentions to launch the sedan here, and has put a picture of the car in the timeline. However, the rest of the four cars in the timeline are represented only with an outline graphic.

Renault made an official statement about its India strategy at the Geneva Motor Show. The probable models to be launched in India are more or less decided, and a look at the graphic timelines reinstates the expected lineup.

As we mentioned earlier, Renault’s renewed assault on the Indian market will begin with the launch of the Fluence sedan on 23rd June 2011. This Cruze / Civic / Laura challenger will have space, ride quality, equipment and price as its USPs and should help project Renault as a maker of premium cars in the country. The Logan, with its rather boxy lines didn’t reflect too well on the French carmaker’s capabilities. The Fluence should try and change that. Motoroids have scooped the Fluence sedan in motion several times. You can have a look at these articles by clicking on the links below.

This will be followed by the Renault Koleos crossover in October 2011. The Koleos comes with a 2.0-litre diesel engine in two different states of tune. The first version produces 150PS of power, while the second, more powerful version dishes out 170PS of peak power. We’re not sure which of the two will make it to our shores, but it’ll be one of two.

Although not as refined or as capable as its international rivals such as the Honda CR-V, Ford Kuga and VW Tiguan, the Koleos has made a strong point for itself internationally as a value offering and is a laudable first effort by Renault at a crossover. A diesel option, good ride quality, liberal features list and price advantage will make the Koleos an option to be seriously considered in its category.

Then in January 2011 Expo, Renault will introduce us to its small car for India. While no concrete reports on this model have come out, there are strong chances that the car is the internationally acclaimed Clio hatchback. After making its show debut at the 2012 Expo, the Clio will be launched later in the year around September. The profile of the small car shown on Renault India’s website also resembles the Clio. If launched, the Clio will be powered by a small 1.2-liter petrol and the 1.5-liter dCi diesel that powers its Micra cousin.

Renault will not stop at launching just one crossover for the Indian market. A cheaper, better value for money SUV, meant to compete with the likes of the Safaris and the Scorpios of the world will make its debut in July 2012. The Dacia Duster (Renault Duster for India) would do the job for the French carmaker here. The 5 seater SUV will be priced in the range of Rs 8-9 lakh and powered by a 1461cc turbo diesel mill dishing out 107bhp and around 240Nm of torque. Transmission duties will be taken care of by a 6 speed manual box. The Duster may make an appearance in both 2WD and 4WD guises.

Finally, the graphic timeline shows another sedan launch in September 2012. No details about this car are known, but we expect the car to reside in the C-segment. It will most likely take on the likes of the Verna / City / Vento and will without doubt be powered by the 1.5-liter dCi engine as one of the powerplants.

Renault as a carmaker wants to be counted among the top three international players in India by 2-15. Needless to say, it would require a lot of effort including launches across segments, augmenting the sales and service network and raising volumes. The plan seems good on paper, and we hope it gets executed well for the company.