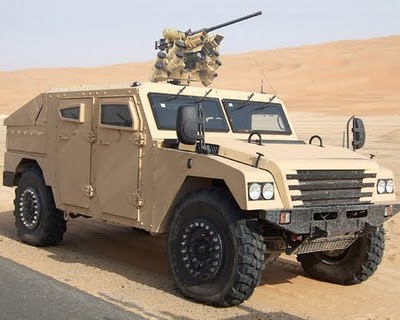 The Sherpa range of Light vehicles are designed keeping in mind the transportation of infantry, paratroopers & other security personnel and can deal with a variety of terrain. Powering the Sherpa is a MD5 diesel engine generating 292 PS of power. The motor is mated to an automatic transmission and a 4×4 system. The vehicle has creature comforts like air con, power steering and retractable electric winches in front and rear. The Sherpa range of vehicles is also equipped with run flat tyres and central tyre inflation system with anti lock braking.