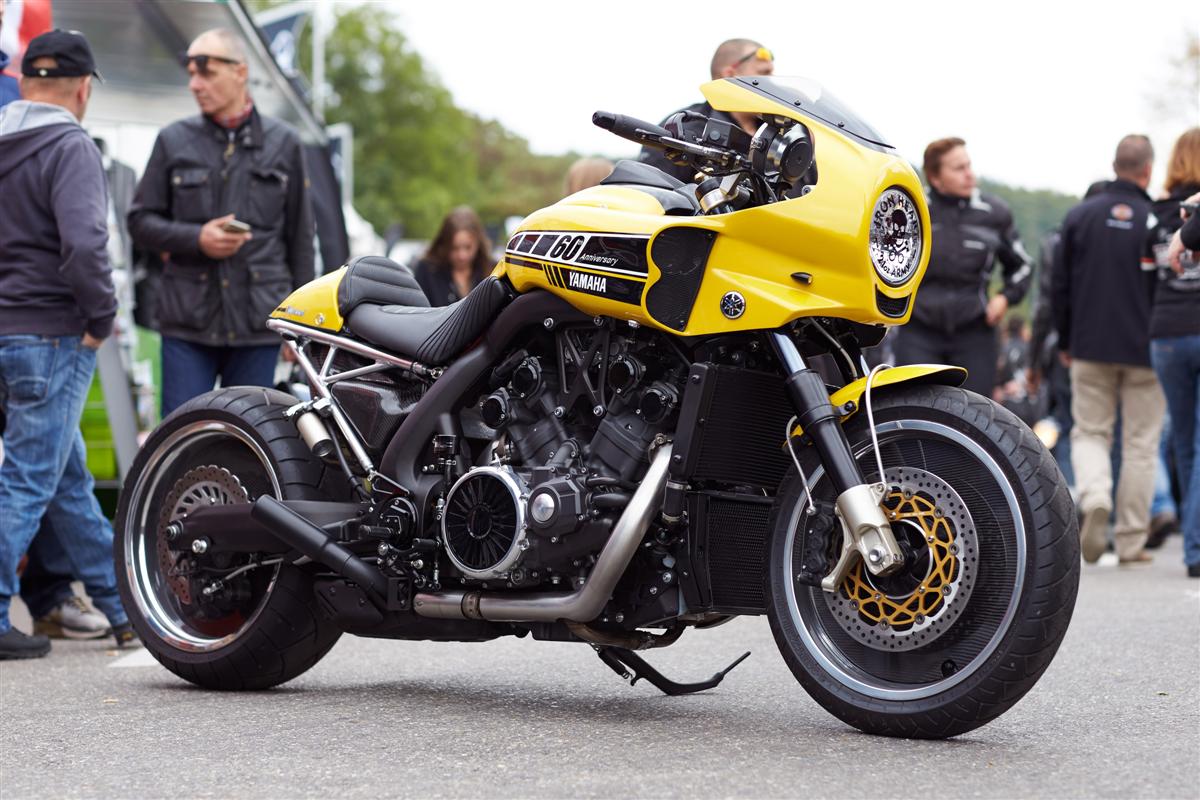 The Yamaha Vmax might be one Satanic styled motorcycle- in fact if Satan decides to zero down for his transportation on two wheels, the mighty VMax wouldn’t make for a wrong choice. But despite given the wicked styling, the motorcycle hasn’t deterred custom builders to transform the VMax into an even more evil-ish looking unit or on the contrary a classy one- meet the Yamaha VMax VSpeed that belongs to the latter. 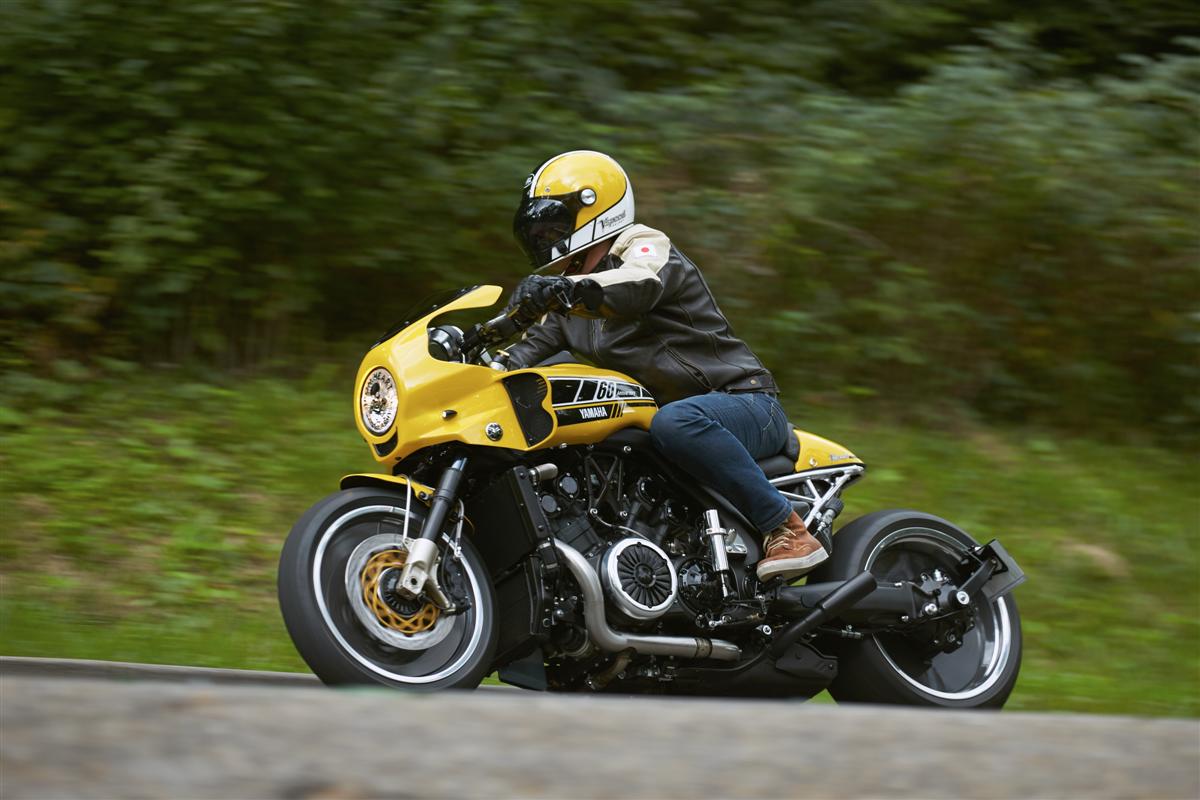 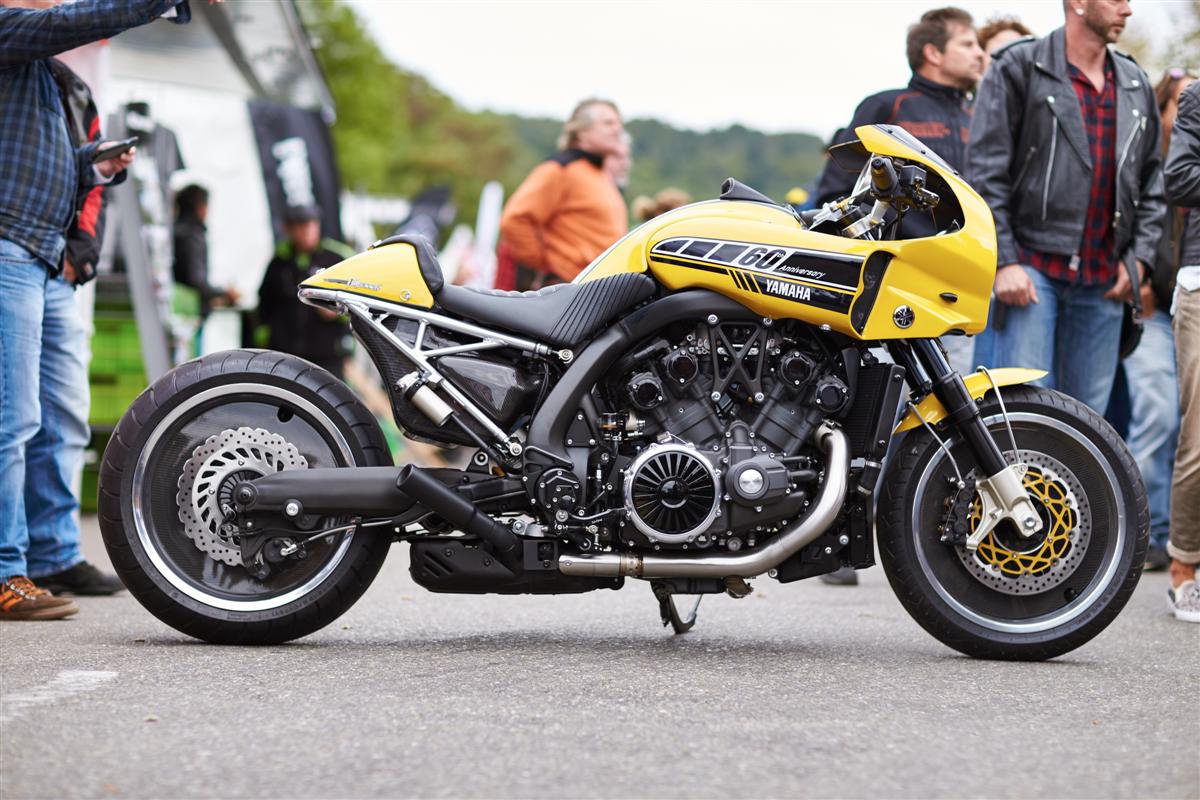 Customizations on the motorcycle includes carbon fibre treatment for alloy wheels and the underseat area, a shorty exhaust pipe (we’d love to hear that unit), a chopped off tail section, leather seats, two piece handlebar and the uber cool half fairing with the air intake scoops. Ground clearance has been chopped off by 2 cms for a more road holding stance. The Yamaha VMax VSpeed also features a quick shifter with handlebar mounted controls. The last time we saw a custom VMax as startling as this was when another Frenchman Ludovic Lazareth created a hyper modified VMax. 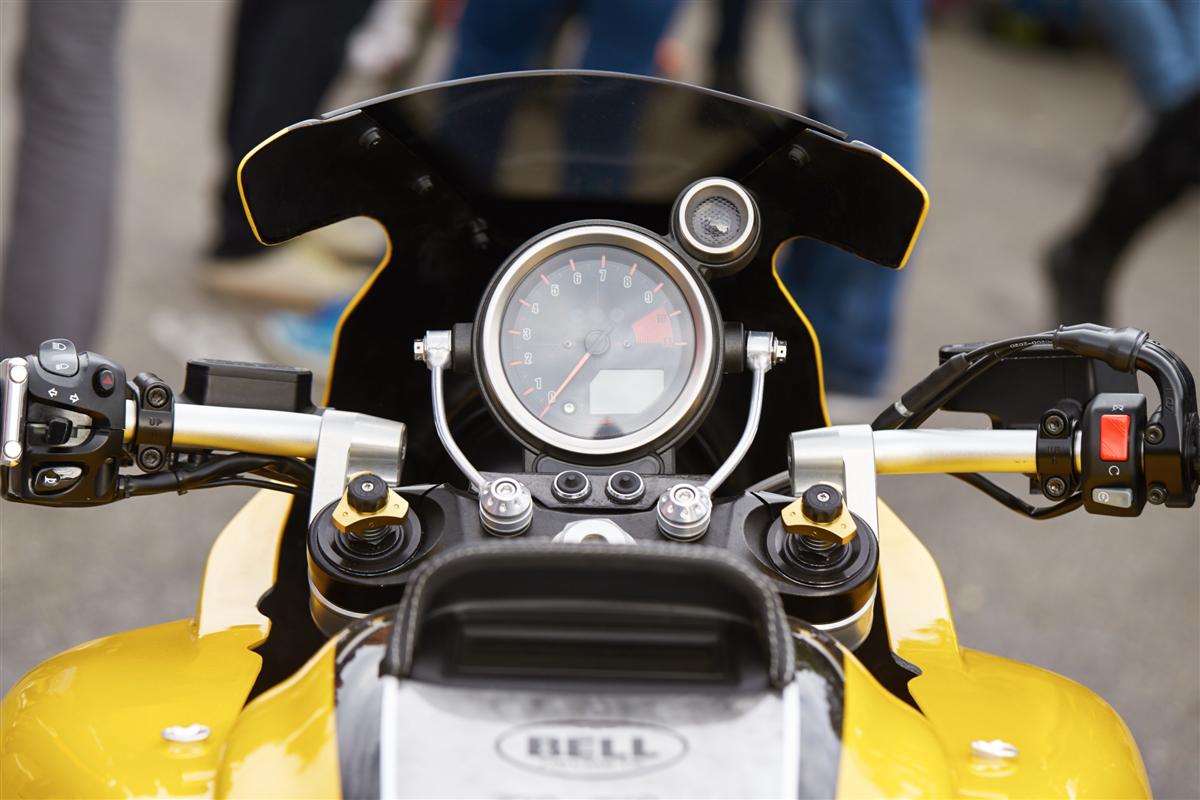 The VSpeed also celebrated the VMax’s 30th birthday this year and the motorcycle won the 2015 Yamaha Dealer Built Contest for the VMAX category and rightly so. The eye candy motorcycle deserves the eyeballs and the appreciation- and we’ve put in a detailed gallery below just for your eyes. Looks stunning, doesn’t it?