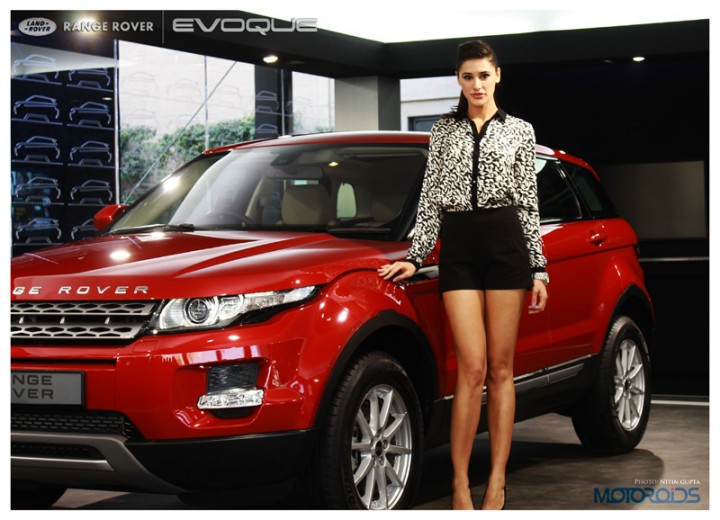 According to J.D. Power and Associates 2012 Automotive Performance, Execution and Layout (APEAL) Study released today, Jaguar ranks second industry wide among nameplates in vehicle appeal and the Range Rover Evoque is most appealing in the Entry Premium Crossover SUV segment. For the second year in a row, Jaguar ranks second out of 34 brands measured in the industry – with the Jaguar XJ scoring as second highest large premium car. Land Rover placed sixth (in a tie) among 34 brands, and the new Range Rover Evoque receives the award for Most Appealing Entry Premium Crossover SUV.

“The J.D. Power and Associates APEAL study simply indicates how much your customers like their vehicles’ design, performance and features, and clearly our customers are quite smitten,” says Andy Goss, President of Jaguar Land Rover North America, LLC. “Jaguar Land Rover is dedicated, as a premium automotive company, to providing the customers of both our brands with quality vehicles that deliver extraordinary performance, innovative technology, and desirable styling.”

Jaguar is the second most improved nameplate. The gain is primarily driven by the Jaguar XJ with 901 points – one of only three models in the industry to score above 900. The Jaguar brand was also the most improved, and tied for 2nd highest in the industry, in the J.D. Power and Associates 2012 Initial Quality Study (IQS).

Land Rover placed sixth overall in the industry in a tie, showing that its line up of luxury SUVs is well regarded by its customers. Leading the Land Rover lineup is the new Range Rover Evoque, which in its first year in the survey scored higher than all other Entry Premium Crossover SUVs. According to the survey, customers of the award-receiving Range Rover Evoque most appreciate its design and fuel economy, compared to its segment.  The Range Rover Evoque combines class-leading performance with dynamic and agile handling across all terrains. This is the 102nd global award for the Range Rover Evoque.

The J.D. Power and Associates APEAL study examines how gratifying a new vehicle is to own and drive based on owner evaluations of more than 80 vehicle attributes. The study’s unique approach to measuring owner satisfaction and how much a customer likes or dislikes virtually every aspect of their new vehicle provides a powerful tool to manufacturers to influence future product development.

The 2012 APEAL study is based on responses gathered between February 2012 and May 2012 from more than 74,000 purchasers and lessees of new 2012 model-year cars and trucks who were surveyed after the first 90 days of ownership.