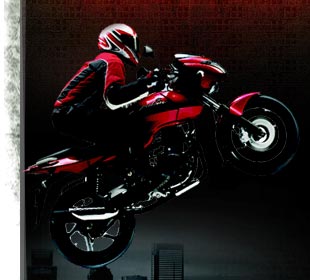 Remember the original Pulsar Mania commercial featuring A C Farias, that set the pulse racing for all the bikers and motorcycle enthusiasts in the country? Well, Bajaj and MTV have released another video that promises something similar. Close on the heels of the ‘Stunt Mania’ show hosted on MTV, the duo have released a new video that shows off a showdown between the Pulsar Maniacs (stunt riders who love doing their thing!) and the Beoy Funk dancers. The stunt riders are said to be members of the Kerala based stunt group – Ghost Riderz. Check out the video now: