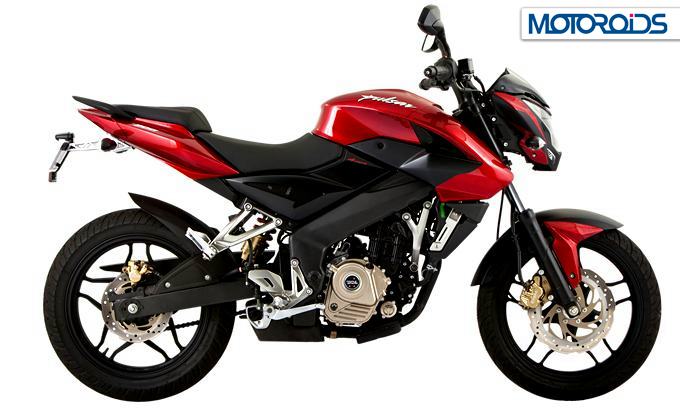 The wait is about to get over. The Pulsar 200NS is all set to hit the showrooms in a week’s time, although the new bike will not be available across the country to start with. Bajaj auto will first launch the new generation Pulsar in its home state Maharashtra and later take it slowly to the rest of India, ramping up production steadily.  Although bajaj auto have the production capacity to meet any kind of demand, they don’t want to take any chances with the new product. Production will be ramped up steadily to iron out any glitches that may surface on the assembly line or with the product. Sources close to us have revealed that Bajaj Auto have gone the extra mile to make sure that the new bike scores highly on parameters such as quality and reliability. The company has rigorously tested the machine in-house, and just to be sure, has included a group of real-world riders in the testing process to get unbiased and practical feedback about the bike’s performance. Apparently no worrisome issues have been reported thus far.

The Pulsar 200NS being a ground-up product, most of the components on the bike are new. This was a matter of great concern for Bajaj as it did not want the next gen version of its flagship brand to suffer from any teething issues. Enough precautions have been taken to ensure that the customers get a polished product right from the first production lot. However, the company still wants to proceed with caution and would increase prodcution slowly and steadily so that unforeseen issues with the product, if any, can be resolved efficiently.

The Pulsar 200NS is an extremely important product, not just for Bajaj Auto, but for the domestic two-wheeler industry in general. With its expected launch price of around Rs 1 lakh which spells terrific VFM, it will affect the sales of motorcycles both above and below its price range. The liberally embellished spec sheet of the 200NS would mean that its emergence would have a bearing on the sales of every domestic sports bike including the Apache 180 and Karizma below its segment and the R15, CBR150 and250 above its class. While we have experienced the performance and refinement of the product first hand earlier, seems like Bajaj auto have taken enough measures to make sure that the bike delivers in terms of reliability as well.

Do let us know what youl like/dislike about the new bike. We’ll try and convey your thoughts to the people who matter in Bajaj.