As a company, Datsun is still in it’s foetal-stage in India. With just one car in the market, the Datsun GO, the company is a long shot away from becoming the recognised marquee that it wants to be. To cement it’s growth potential and to attract a different set of customers, Datsun has decided that it will launch a new car early next year. The car they have in mind is a entry-level MPV (if there even is such a thing) called the GO+. The GO+, when released, will rival the likes of Maruti’s Eeco and base variants of Maruti’s Ertiga and Chevrolet Enjoy.

To prep itself for the launch early next year, Datsun has already begun production of the GO+ at it’s Renault-Nissan plant, at Oragadam on the outskirts of Chennai. If the car is to be launched in early 2015, Nissan should be commencing the production then. In the ideal world, that would help come resale time for the owner of the GO+, since the car would technically be a 2015 produce. We figure these early 2014 ones would be primarily used for promotional and showroom display purposes. 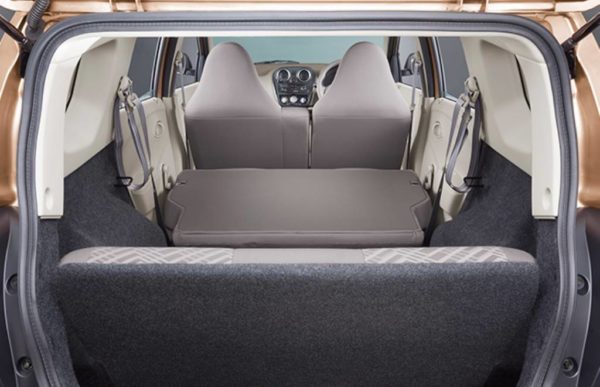 Now, the GO+ has it’s underpinnings set with the GO hatchback. This means that the MPV shares an identical wheelbase with it’s hatchback sibling and that means in order to add that third row, Datsun boffins have had to increase the car’s overall length by extending the behind of the GO+ by 210mm. But, the GO+ is actually shorter than the already not so big Ertiga and measures in at just 3,995mm. Now, we are sure you must be contemplating as to how this sub-4 metre car can carry 7 people? Well, Datsun wisely calls this a 5+2 vehicle. We think they realised that 7 folks in this cabin will be a bit of a squeeze and hence gave it a term which doesn’t exactly specify 5+2 of what? Two dogs? Two baskets?

However, the GO+ will have some salient features carried over from the hatchback. These include spinal-support seats, Follow-me home (FMH) headlamps, tear-drop wiper (first-in-class). We do think that this car has great potential in a market where people-carriers are doing quite well for themselves. Add to that the versatility and space that these vehicles provide, makes them an instant hit with most India families. The Datsun GO+ will benefit from lower costs as compared to it’s rivals, mainly because it’s under the splendid sub-4 metre mark and because, well, it’s a Datsun. Now we don’t mean that in a bad way, as Datsun is doing a good job of analysing the Indian car market and tailor making a car for it’s target audience. 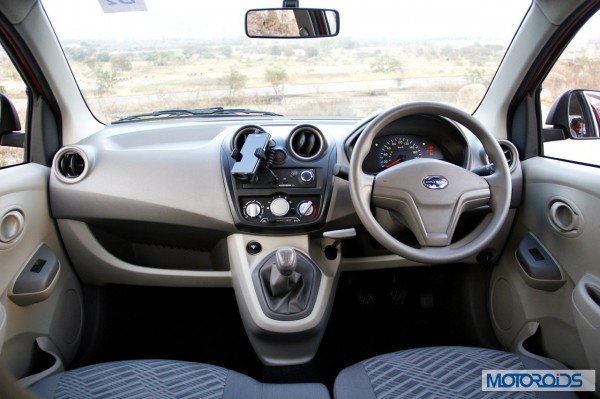 On the powerplant front, the GO+ will come with the same 1.2-litre 3-cylinder petrol engine which is good for 68 bhp and 104 Nm of torque (identical to the GO hatchback). It is also said that there will be a 1.5-litre K9K diesel unit finding it’s way from the Micra which will crank out 66 bhp and 160 Nm of torque. Both these engines will be mated to the same 5-speed manual box found in the hatchback. The GO+ promises to set records for it’s price when launched and is expected to be around Rs. 5 lakhs. In a cost-conscious market like India, the low price is an eye-catcher, but as we all know from the past, this one feature can’t completely redeem a car. As mentioned earlier, Datsun is a very new name in this emerging car market and the top-brass of the company have their work cut out for them in trying to bring forth this marquee to the Indian masses.