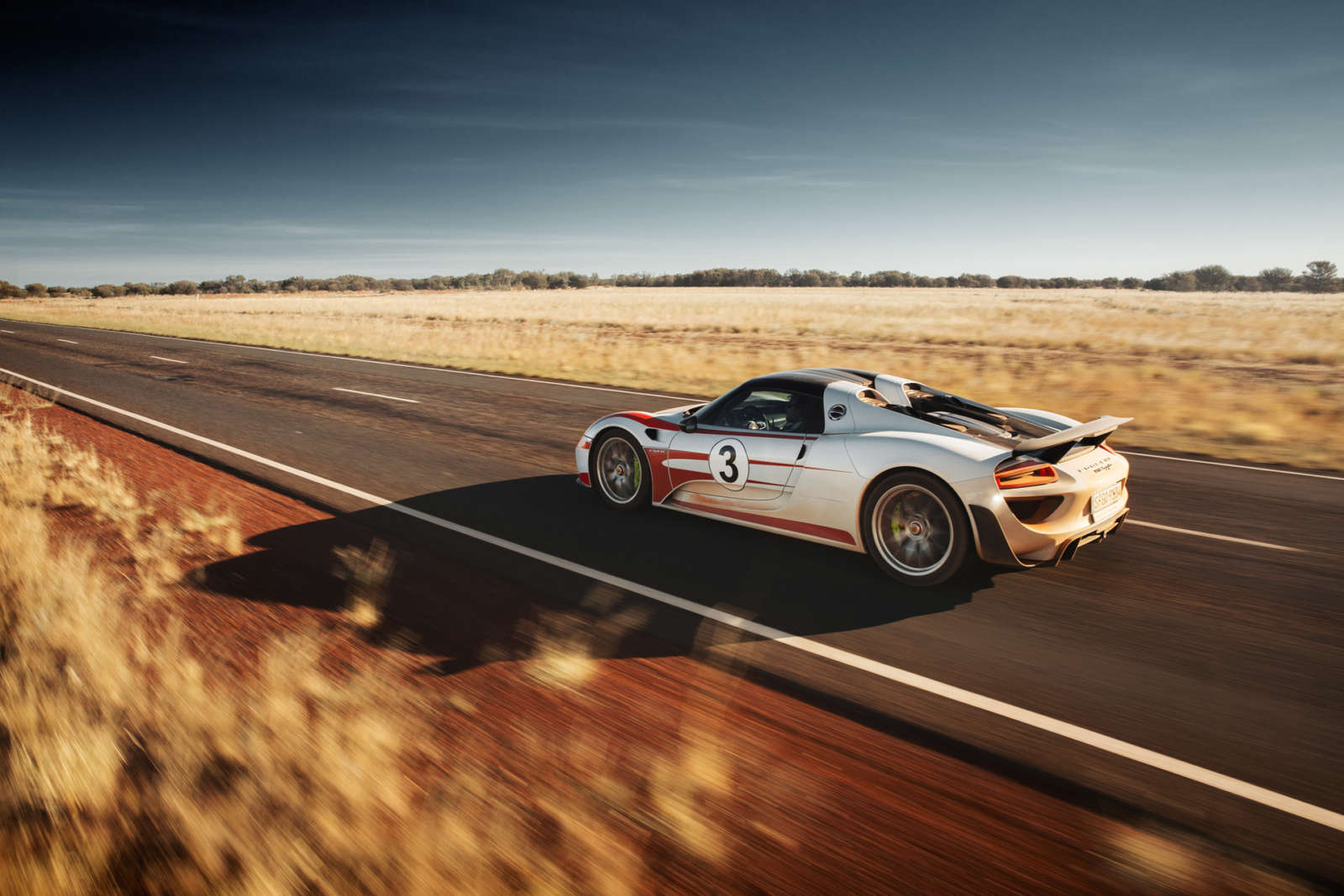 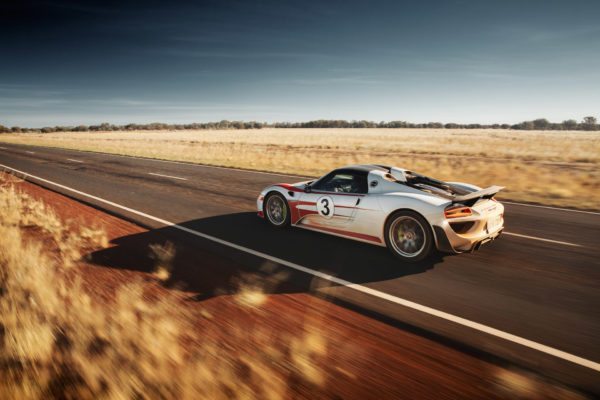 If you thought the derestricted autobahns of Germany are the natural stomping grounds of the Porsche 918 Spyder, think again. There are some unlikely stretches of public road in other far flung corners of the world where one can safely stretch the 918 to its limits without losing his license or ending up behind bars. Like the inhospitably barren and deserted Australian outback. 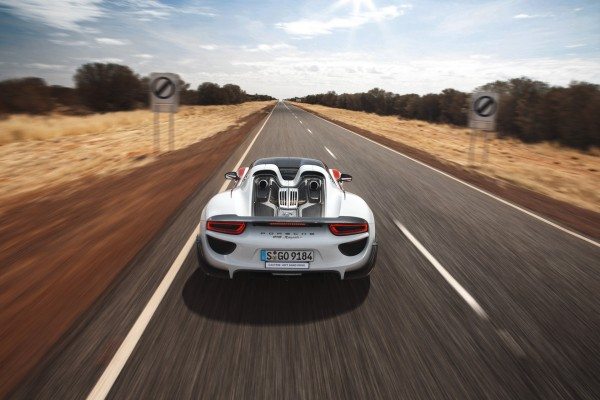 To demonstrate the high speed capabilities of the hybrid supercar, Porsche took the 918 Spyder to such an arrow straight piece of road called the Stuart Highway, and set it loose with professional racecar driver Craig Baird inside. The 918 they used was the same car that appeared at the Australian Formula One Grand Prix in Melbourne and the same car set an unofficial production car lap record at Phillip Island last month. 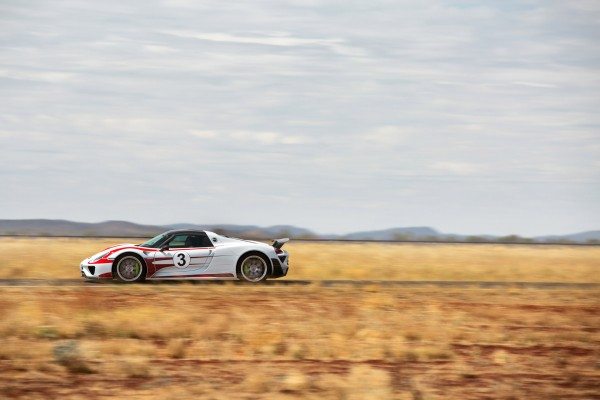 That stunt was an acceleration run from a silent-running 60 kmph to a top speed of 350 kmph, achieved in just 40 seconds, which Porsche says is “an achievement no other production car has ever managed on Australian roads”. As part of the stunt, the 918 Spyder was driven from the town of Alice Springs for a distance of 25 km on electric power alone until it reached the speed-unlimited zone, where its full 875 horsepower could be unleashed. Porsche said the use of radios and spotters ensured the road was completely devoid of traffic at the time, with a 911 Turbo along for the ride posting 327km/h on the same road. 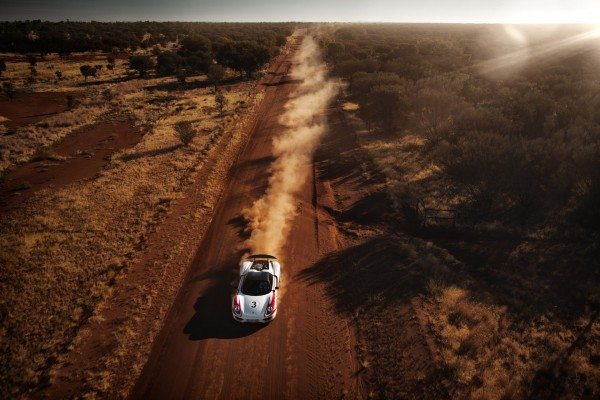 In case you don’t recall, the 918 Spyder is powered by a hybrid system consisting of a V8 engine that works in conjunction with two electric motors and a lithium-ion battery. It can drive for up to 30km at speeds of up to 150 km/h using only its twin electric motors before the V8 kicks in to make things a bit livelier.

That is all very awesome, but the fear of kangaroos and other huge animals crossing the roads will never ever allow us to drive that flat-out in the Australian outback even if given a chance. Fearless man, that Craig must be.