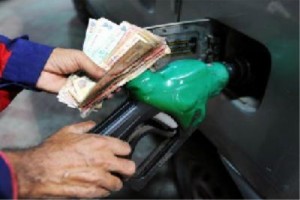 Two wheeler and petrol car users in India might, in all probability, soon get some relief from the sky high petrol prices in the country. It has emerged that oil marketing companies are thinking up on revising the gasoline prices due to reduction in crude oil rates and Indian rupee becoming stronger.

Crude oil rates became $106.74/barrel on September 20 from $116 earlier. Indian rupee too looks all set to become stronger due to the reform measures that the government announced recently.

It is being estimated that petrol will become cheaper by 77 paisa. “Logically yes, petrol prices should fall. However, we have to wait for some more time before deciding to pass on the benefit to consumers,” said S Varadarajan, director (finance) at BPCL. He further added that petrol is being sold at par – no profit, no loss.