GM had entered the Indian market with the Opel brand, when Indian car market had only a handful of players. Opel sold the Corsa and the Astra models in India, with the Corsa being a hatchback. The Corsa was relatively expensive and hence found very few buyers. But, the Opel Corsa had an impressive ride quality, but was also on the thirsty side in terms of fuel efficiency. Opel marketed the Corsa in India as a product of German engineering, but in reality, the Corsa that we got was related more to Brazil than to Germany. 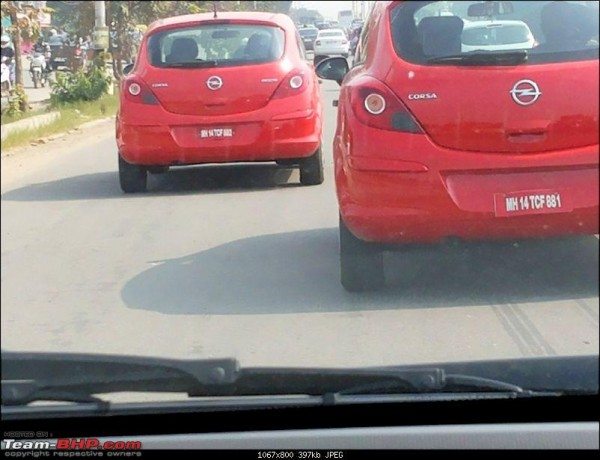 Now, a Team-BHP member has spotted the Opel Corsa three door hatch testing in Bangalore. GM India has its technical center in this city, popularly known as the Silicon Valley of India. The car is seen sporting MH 14 Temp plates which belong to Pimpri Chinchwad, near Pune, where GM India’s Chevrolet manufacturing facility is located in Talegaon. 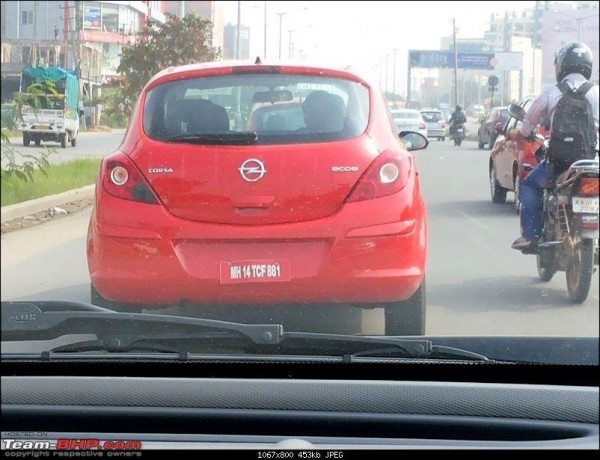 Interestingly, the Opel Corsa testmule seen here is powered by the same 1.3 litre MultiJet engine that powers almost every diesel hatchback sold in the country. This Multijet engine has been jointly developed by GM and Fiat and hence finds application in many GM vehicles like the Sail, and the Enjoy MPV. 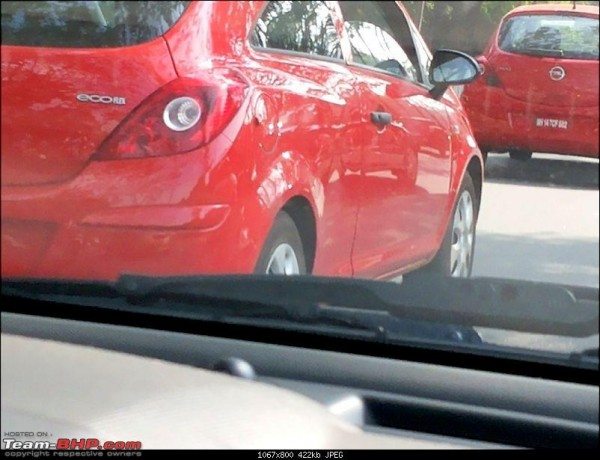 As is pretty obvious, GM India has no plans to re-introduce the Opel brand in India, but is said to be testing the vehicle for fine tuning the Engine management with Bosch.

Stay tuned to Motoroids for more dope on the further developments in the Indian and international automotive scene.