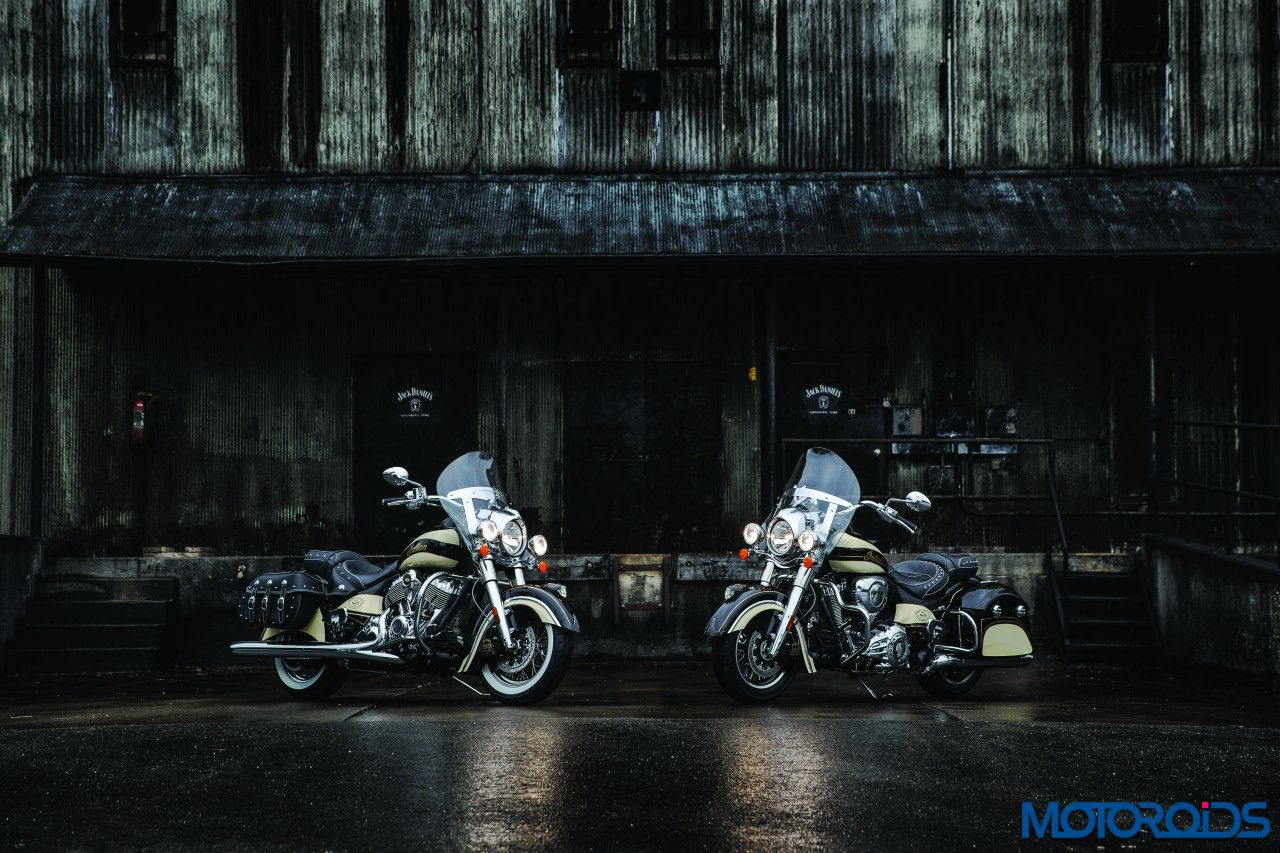 Indian Motorcycles recently launched the Indian Springfield and just a day later, the company announced a limited edition known as the Jack Daniel’s version. Another product from the Indian Portfolio which received the limited edition livery was the Chief Vintage.

Created to celebrate the 150th anniversary of the Jack Daniel distillery, each model will be produced in limited numbers, not more than 150 to be precise. The first of the limited edition series, an Indian Chief Vintage that was a custom painted prototype built by Klock Werks Kustom Cycles, would go under the hammer. 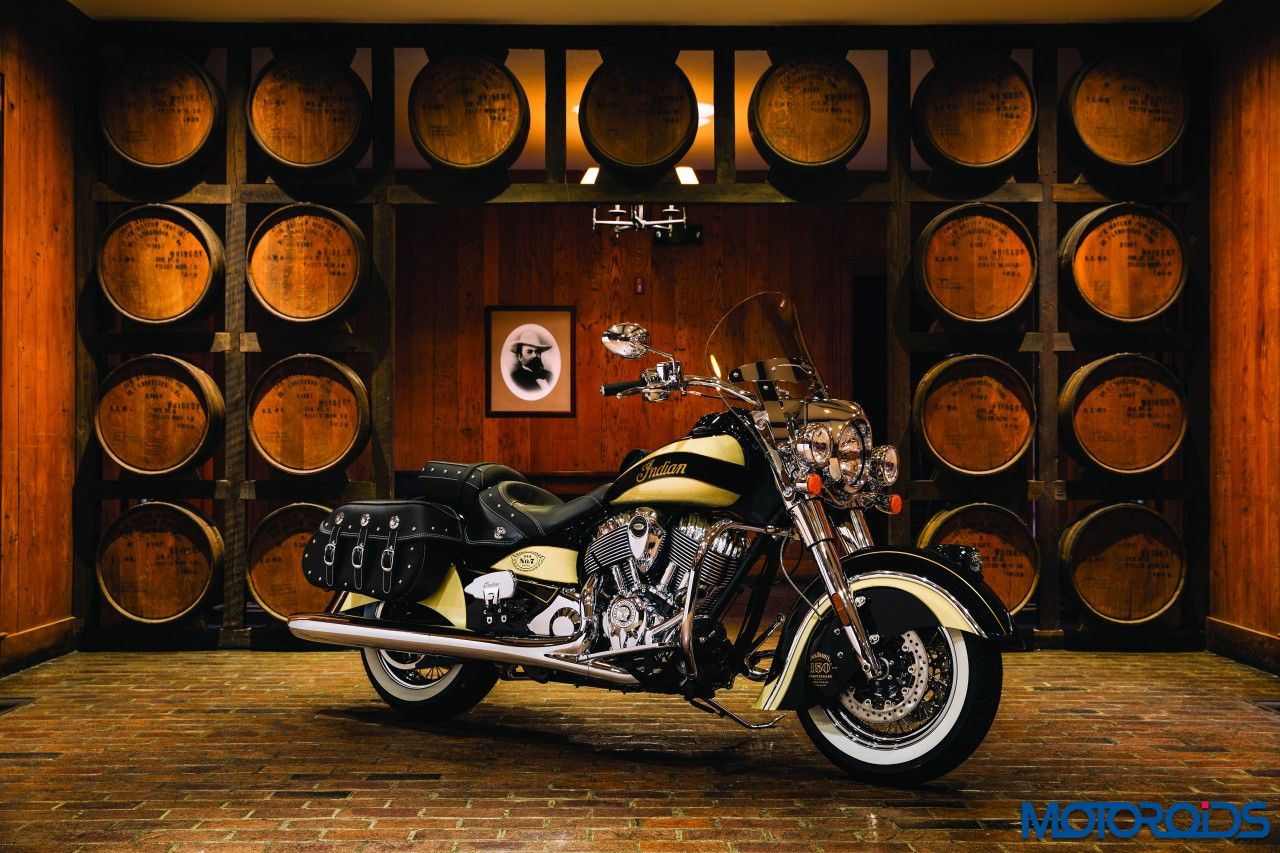 Both models come with a custom printed Jack Daniel’s whiskey barrel, a two-year unlimited mileage factory warranty apart from the free membership in the Indian Motorcycle Riders Group for one year. Featuring quick release windshields and saddlebags, both may be ridden as a stripped down cruiser or treated as a capable touring model.

Also read: Indian Motorcycle introduces the Springfield, a fusion of the classic and the cutting edge 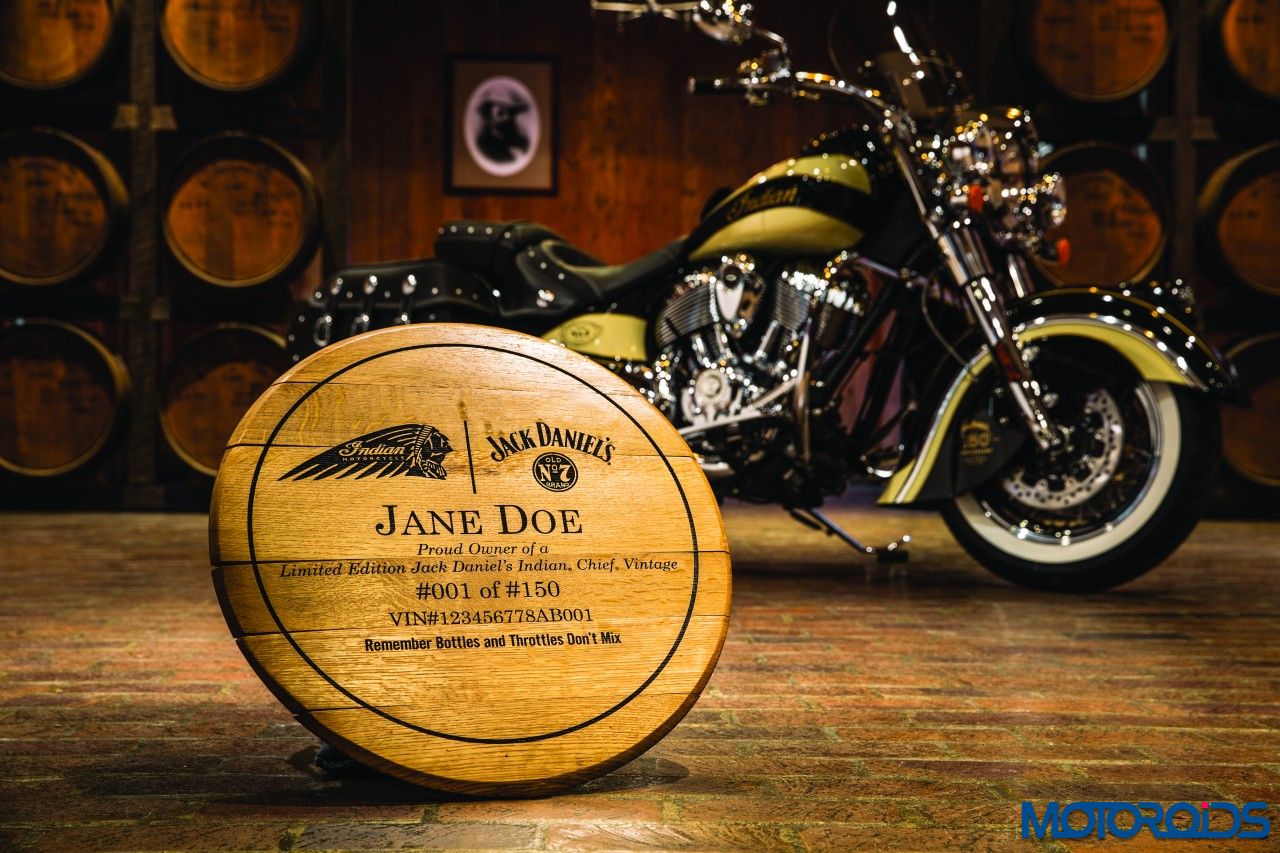