The upcoming Jaguar F Type Coupe variant has been spotted testing on numerous occasions and official word is now out that the car will make its public debut at the Los Angeles on 19 November, on the eve of LA Auto Show. The F Type coupe will be simultaneously showcased at both the LA and Tokyo auto show and will go on sale in spring of 2014. 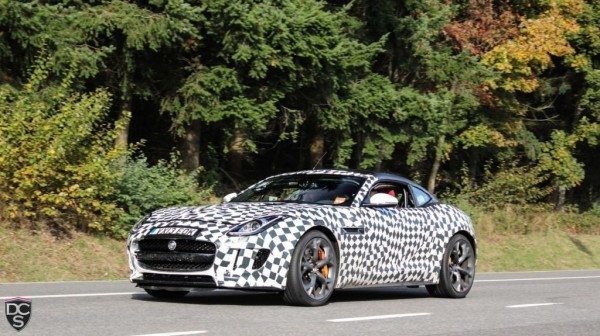 Talking about the upcoming car, Ian Callum, Director of Design, Jaguar, said: “The excitement generated when we revealed the C-X16 concept was terrific; so to now be on the cusp of what I can assure you will be a drama-filled reveal event in Los Angeles for F-TYPE Coupé is a very significant moment.

“We’ve been overwhelmed by the positive reaction to F-TYPE Convertible, but for me the purity of creating a sports Coupé is a uniquely satisfying process – and I know that both visually and dynamically, F-TYPE Coupé raises the bar yet again.”

While the purists believe that nothing can parallel the legendary E Type, the new F Type convertible can be credited with resurrecting Jaguar’s heartland: that of a two-seater, convertible sports car focused on delivering scintillating performance, class leading handling manners and overall driving pleasure.

The Jaguar F Type convertible has been busy winning plenty of accolades from several publications and experts and it would be a safe guess that the coupe would repeat the success story of the convertible.

The coupe is likely to share its engine options with the convertible variant. It is also being said that the coupe could get a 2 litre turbocharged petrol engine that will be the entry level engine option. The 4 pot motor will have a max power of 240 Bhp.