Home News Nissan Sunny will be exported to West Asia and Africa! 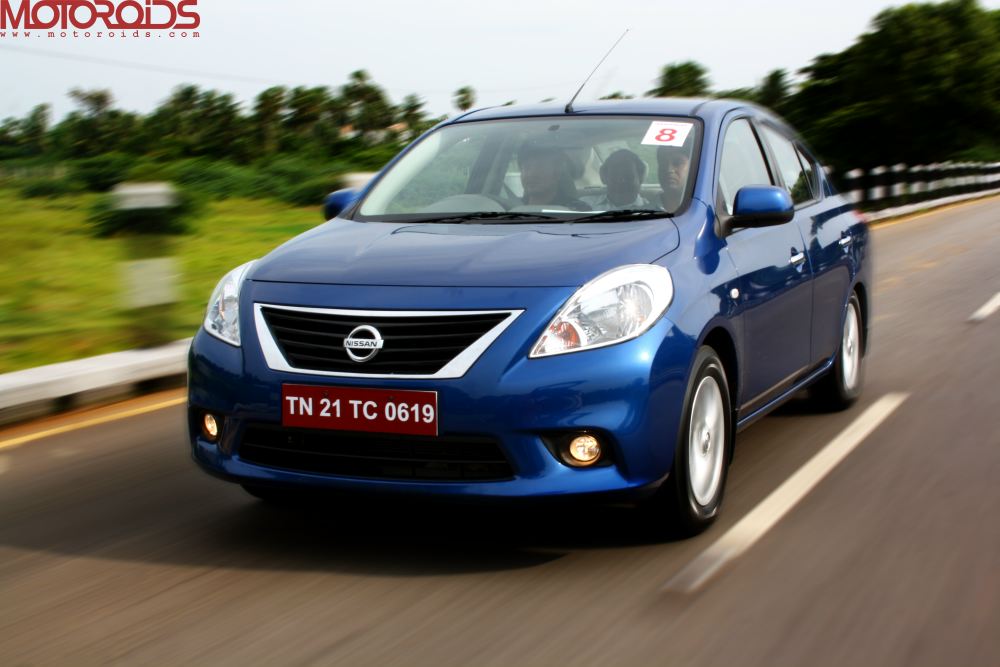 The Nissan Sunny was launched a few weeks ago with a highly competitive price tag of Rs 5.78 lakh for the base variant XE, Rs 6.69 lakh for the mid variant XL and Rs 7.68 lakh for the top end variant XV. Earlier today, Nissan Motors India’s Managing Director Mr. Kiminobu Tokuyama revealed the firm’s plans to export the newly launched Sunny sedan to Africa and West Asia owing to the high demand of such cars. The exports of the car will begin by next year. Mr Tokuyama also revealed that the firm is in the process of launching a MPV which will compete with the Toyota Innova.

“This time around we are targeting the West Asia because of the demand there. Besides, we have already placed sedans from our UK and Spanish units in the European market,” said Mr Tokuyama. The Nissan Sunny which was launched a year ago has been targeted for the European market unlike the Sunny though. Mr Tokuyama expressed with satisfaction that the firm managed to export about 1 lakh Nissan Micra’s in a span of 11 months.

Along with this, Nissan is in the process of expanding its reach in the country by increasing their dealership network from 45 to 60. The firm has its local manufacturing plant in Oragadam near Chennai which employs close to 4700 people and an R&D center in Chennai that employs over 1900 people.