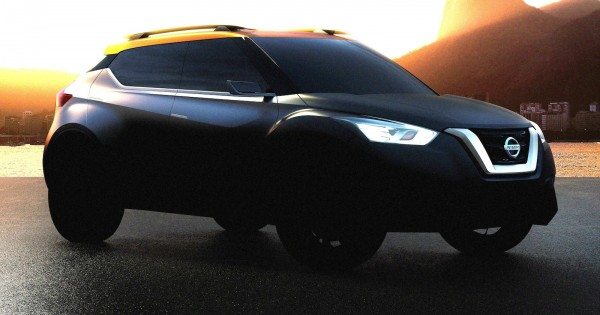 Nissan has teased it’s new sub-compact crossover concept a week ahead of it’s debut at Brazil’s Sao Paulo motor show on the 28th of October . And judging by initial impressions, it looks rather pert, with restrained aggression in the bodywork and a smart stance.

Nissan’s signature, chunky V grille rules the front end and is accompanied by a pair of crisply styled horizontal LED headlights that integrate seamlessly with the flared fenders. The compact SUV will also sport a cool, floating roof and boomerang-shaped tail lamps at the back.

Details are sketchy, but the yet-to-be-named crossover concept looks similar in size to the Juke, which indicates that Nissan could be considering a slightly more testosterone infused alternative to the quirky Juke range. And no, it isn’t coming to India anytime soon.