The Nissan Kicks Concept was revealed at the recently concluded Sao Paulo Auto Show in Brazil. The concept previews a compact SUV that is reserved specifically for the Brazilian market at the moment, but Nissan has hinted that other emerging markets- read India, might also get something on similar lines. 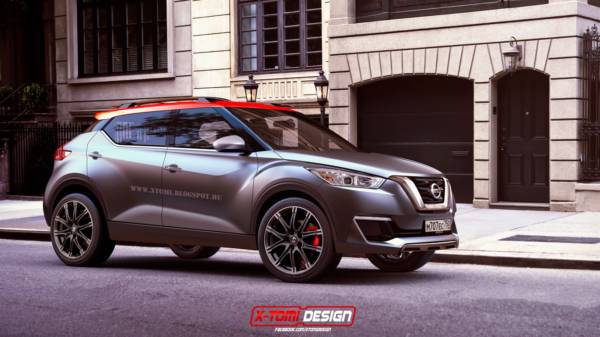 The Concept looks fairly production ready, but now X-Tomi Design has imagined how a production version could actually look like. Changes are minimal, as the render gains production friendly wheels, ORVMs and new simpler headlight elements in place of the LED ones from the concept. The chrome highlight at the base of the doors from the concept also disappears for a cleaner look.

Even in production trim, the Kicks looks rather pert, with restrained aggression in the bodywork and a smart stance.Nissan’s signature, chunky V grille rules the front end and is accompanied by a pair of crisply styled headlights that integrate seamlessly with the flared fenders. The compact SUV will also sport a cool, floating roof, front/rear skid plates and boomerang-shaped tail lamps at the back.

Something for Nissan India to mull upon once they pull the plug on the slow-selling Terrano. What do you guys think? Hit it in the comments section below