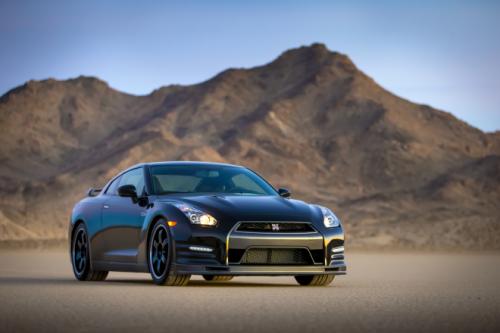 As per a new report about the upcoming Nissan GT-R Nismo, the more sinister version of the already menacing supercar, the Nismo tuned ‘godzilla’ would be sufficiently potent to dismiss 60mph (96kmph) in a really scant 2.0 seconds!

The source of this info is a Nissan insider, who informed AutoExpress at the 2013 Goodwood Festival of Speed that the GT-R Nismo will be capable of running the 0-60 mph sprint in just two seconds.

Such a terrific performance would be owing to the reduced curb weight coupled with some more juice from the twin-turbo V6 3.8-liter engine. Our guess is that the car would deliver nothing short of 600PS! (The stock car produces 544PS)

The upcoming Nissan GT-R Nismo is currently being developed in a tie up with Williams Advanced Engineering. One of the engineers working on this project recently commented that “you’d be surprised at how much room for improvement there is” when talking about the R35 GT-R. He further said that “where you expect it’s all been tuned to the maximum, it’s actually easy to make big gains.”

Other than a lowered curb weight and a bump in the power, the Nissan GT-R Nismo is expected to come with an assortment of exterior visual upgrades, some sprinkling of carbon fibre on the inside, a new exhaust and a new spoiler.

It is being expected that the GT-R Nismo will better the GT-R’s Nürburgring record by lapping the ‘ring in less than 7 minutes and 18 seconds. The Nissan GT-R Nismo will go sale in the second half of next year.

Please Note: The car in the pics ISN’T the GT-R Nismo and these pics are used for representative purposes.