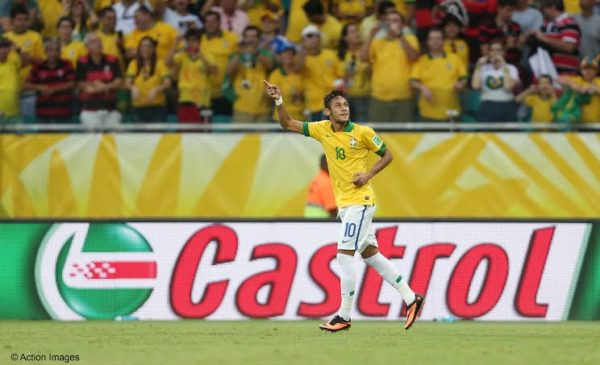 Castrol, which is the official sponsor of the 2014 FIFA World Cup, has announced Neymar as a global brand ambassador for the upcoming event.

As per this deal, Neymar will be seen becoming the face of Castrol’s World Cup promotions. A. S. Ramchander, VP Global Marketing at Castrol, said: “We are thrilled to be working with Neymar. He demands the best performance from himself in every game he plays, just as Castrol demands the best performance from our oils every time the engine starts. The 2014 FIFA World Cup™ is the perfect opportunity for us to combine our respective passions for superior performance, innovation and football.”

Commenting on the new partnership, Neymar said: “I’m delighted to be working with Castrol on an exciting new project that I hope will enable me to take my game to a new level.”

Fellow Castrol ambassador and two time World Cup winner, Cafu, spoke about the expectations on his country’s most prized asset: “Neymar has shown some outstanding displays of football in his international appearances, and received worldwide acclaim for his sensational performance throughout the FIFA Confederations Cup 2013. I, and all Brazilians, have high hopes that he will play a pivotal part in our country’s quest to lift the trophy this summer in front of a home crowd.”

The partnership was signed in consultation with Rhodri Burgess of Wasserman Media Group, who has previously worked with Castrol to secure the services of Cristiano Ronaldo, Cafu and Marcel Desailly.