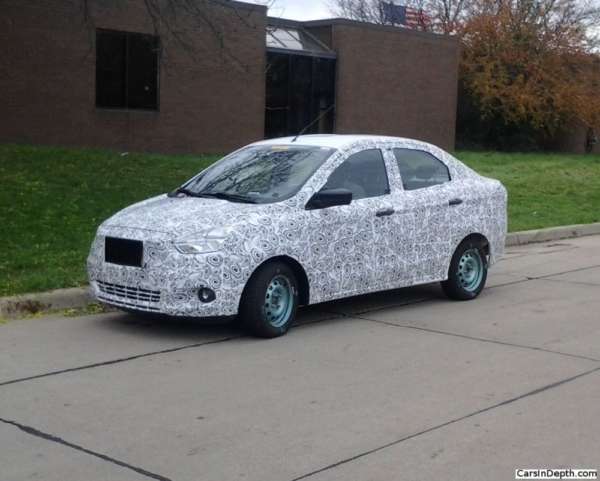 Ford is betting big on a sedan based on the next generation Figo. In the wake of the Brio based Amaze, and Hyundai’s upcoming Grand i10 based sedan, Ford is working on an entry level sedan for emerging markets such as India and Brazil. The new sedan, along with the successful Ecosport, next gen Figo and a sub Figo hatch will work towards establishing Ford as a proper volumes warrior in the Indian market. 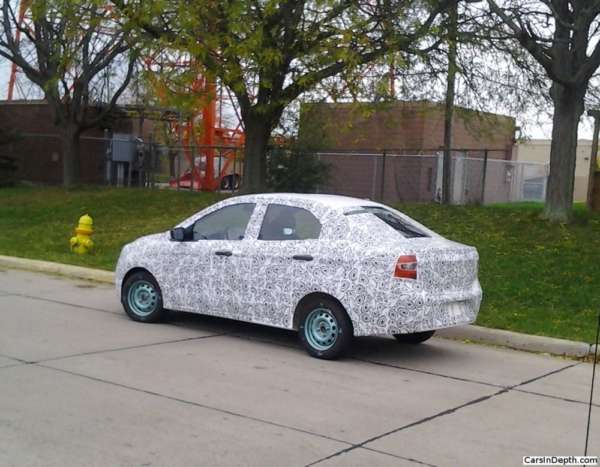 The images of the test mule you see here have been shot in Detroit. From the first look, it seems to be based on the next generation Ka. Expect changes to be made to the test mule when it comes to India. Ford India, in all probability would like to contain the length of the car to less than 4 meters to avail of the excise duty cut. It has also been learnt that the American carmaker is contemplating calling the new gen Figo sedan as Ka Max or Ka sedan for the Brazilian market, as it recently asked potential customers as to what they would like the new sedan to be christened as. 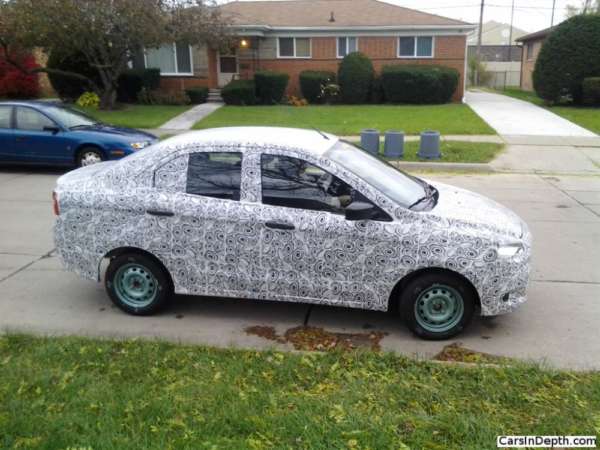 The next generation Figo, and the resulting sedan is expected to debut on Brazilian roads by mid to late next year. Expect the car to come to India by early to mid 2015.

Details on the sedan are still very fuzzy, as very few spy pics have been shot till date. However, count on us to bring you more info on the car as it emerges. Stay tuned!

Images: The Truth About Cars