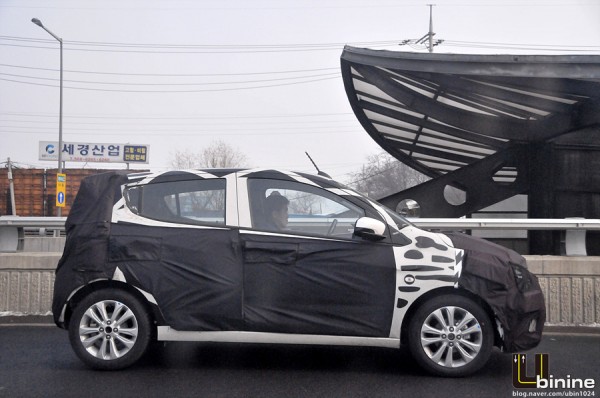 The funky Chevrolet Beat / Spark has been a great success for GM worldwide. The car is also the company’s bestseller product in India by a huge margin. While a face lifted version of the car was introduced in India a few months back, a complete model replacement for the cutesy hatchback is overdue and GM has been preparing the next model diligently for quite some time now. The test mules of the next generation, 2015 Beat / Spark have been caught on camera in Europe several times. However, it is for the first time that an almost production ready prototype has been caught testing in the Asian environs – South Korea to be more specific.

Click here to read more about the Chevrolet Beat

The test car was caught on camera somewhere close to the Incheon airport near Seoul. The new version of the car looks bigger than the current model. The wheelbase appears to be longer, and the wheel size appears to be bigger. We are sure the big wheels on the test mule will duly be replaced by 13-inchers on the Indian model, but the car looks nice with those big ten spoke alloys. The increased wheelbase should give the Beat the much require bump up in the rear legroom, making it more spacious and comfortable than the current gen model

Another interesting aspect, apart from the size is the shape and design of the head and tail-lights. As a departure from the prevalent sobriety practiced by modern day manufacturers in car designs, the new beat seems to be taking the funkiness quotient a notch above with its multi barrel head and tail-lamps with black treatment. The lights peeping out of that camouflage suggest that this snazzy little car has no plans to get a somber face. And that’s good news by all means, in keeping with the character of the effervescent looking car.

Powering the new Beat would be the 1.0 three pot diesel unit doing duty on the current gen car. The diesel powerplant makes the current Beat the most fuel efficient hatchback in the country and is not expect to be changed. The petrol engine powering the car is expected to be the 1.0 liter Ecotec turbo, with 90 bhp of power, but more importantly, 160 Nm of torque. 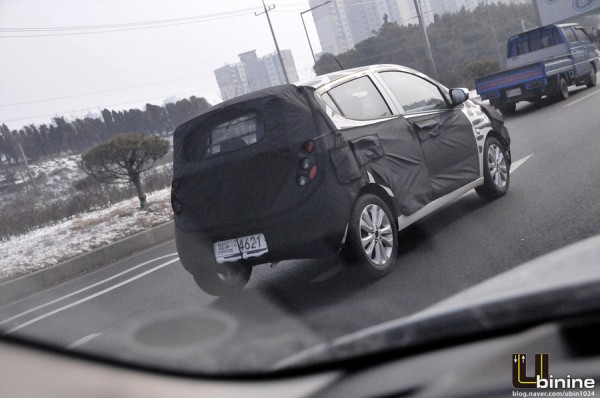 The Beat is a very popular car model in India, and is marred only by a lack of space in the back bench. It seems the new model will remedy the problem. Expect the next gen Beat to build upon the success of its predecessor.