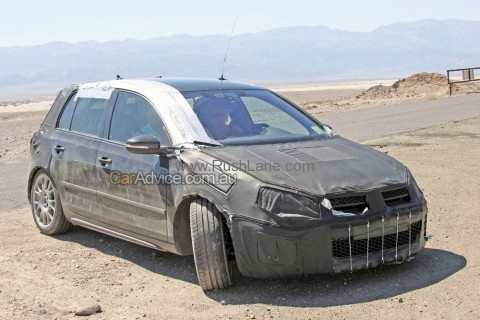 Rumors of an all new (seventh) generation of Volkswagen Golf debuting at Paris Auto Show are all over the web world.

The new Volkswagen Golf will employ the new Modularer Querbauksten (MQB) platform. The name translates into modular transverse matrix and the platform will see a number of other VW, Skoda and SEAT models making use of it. The design of the new gen Golf comes from popular designer and Head of Volkswagen Design Department Walter da Silva. It is being said that the new Golf will look more upmarket and sophisticated along with being longer and more spacious than the outgoing model.

The base model will employ a 1.0 three cylinder heart that will stress on low emissions and high fuel efficiency.The new car will be seen in September at the Paris Auto Show and is expected to hit the U.S. market by early 2013. It may be noted that both the fifth and sixth (first and second in India) generations of Jetta borrow a lot from Volkswagen Golf of their times and a new generation of the latter means that the current Jetta (which made its international debut in 2010) should see the next generation of sedan within a couple of years. We will update our readers as more details on the new Golf will emerge.