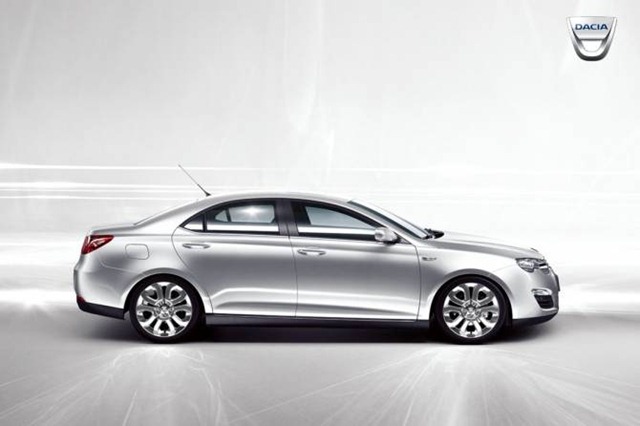 An unofficial rendering of the Dacia X52, or the next-generation Logan

Sure the current gen Logan has been renamed the Verito in India. But Renault and Dacia have not given up on taking the project to its next level. Dacia is working on the next generation model of the Logan, which the company may launch in 2012. But this time it won’t be a bare-basic workhorse, it would be much more than that. It would be stylish, spacious, much more premium and still carry forward the biggest USP of its predecessor, the VFM proposition. The large interior, the luggage space, ride quality and road holding will also be maintained as the key features of the new car just as the current one.

The new generation version of the Logan, codenamed X52, will try to match the German cars in all aspects. “The new car is seen as somewhere between Renault Fluence, Skoda Octavia, VW Passat, Ford Focus and Chevrolet Cruze. At least from a visual standpoint. In other words, the Logan 2 will be low-cost with a “human face”. I do not want people to feel ashamed that they are driving a Logan” said Larens van den Acker, the head of design at Renault.

The new Logan, or the Logan 2 will be 4.60 meter long and will have a cavernous, 500-liter boot. New engines will do duty under the bonnet, all Euro 5 compliant. Engine options will be 1.4-and 1.6-liter petrol units, mated with both manual and automatic gearboxes. The 1.6-liter gas burner will produce 110bhp, while the current 1.5-liter dCi diesel will also be available.

Higher spec models will also feature Led lights. New, brighter colours will also do their bit in lifting the image of the new Logan. Brighter and lighter colours like red and yellow will be used.

Prices for the new car would be more than current one, as it would be a big leap forward. Speculations range from Rs 8.5 lakh to Rs 9.5 lakh in the international market for the 1.6 petrol and the 1.5 diesel variants respectively.

Would the new Logan, based on the pictures and the description above make sense for you if it was reintroduced in the Indian market? Do let us know