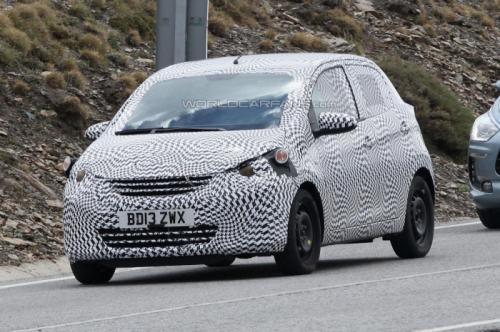 The good folks at WCF have managed to come up with a handful of spy pics of the upcoming  2015 Peugeot 108. As can be seen in the pics, the car was seen wearing heavy camouflage and it is being said that the new 108 won’t be out before the last quarter of next year. 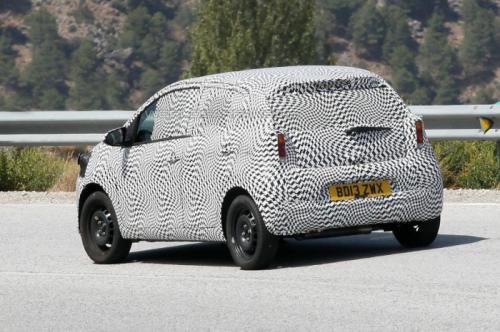 The 2015 Peugeot 108 will replace the 107 and is expected to have a ‘more premium’ styling that would carry enough design cues taken from the 308. These spy pics don’t reveal much but it would be safe to say that the car seems to sport a rounded front end, upswept beltline and vertical taillights.

The upcoming 2015 Peugeot 108 is being expected to be underpinned by the same platform that underpins the Citroen C1 and Toyota Aygo. If true, it is pretty much for sure that the 108 would be roomier than the 107- the car it would replace. Engine details too aren’t available but it would be safe to assume that one of the powerplant options would be that of a 1.0-liter petrol engine.

Stay tuned to Motoroids.com for more updates on the upcoming 2015 Peugeot 108.