If a new report from  Autocar Professional is to be believed, the new Yamaha R25 India launch could happen as soon as sometime in 2015! The said report states that the Indian subsidiary of Japanese motorcycle maker is busy charting out a plan to launch the much-discussed and highly awaited model in our country next year. The Yamaha R25 India debut took place at the  Auto Expo 2014 last month, where the bike was present in its concept avatar and got a terrific response from the show-goers and Indian bike aficionados. 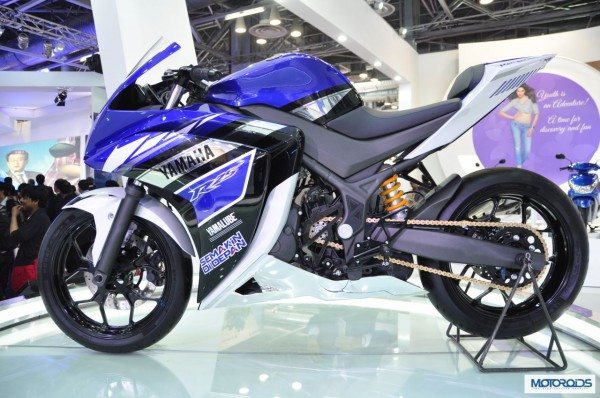 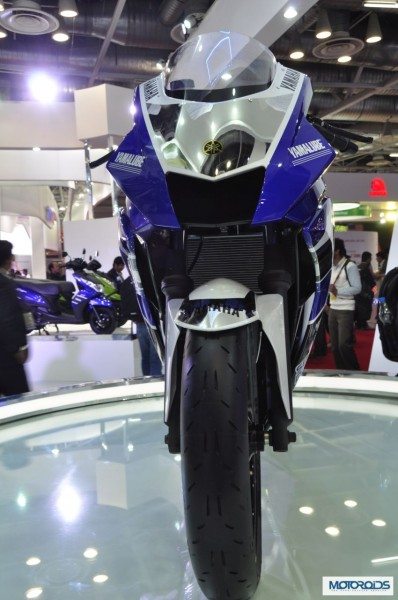 As can be seen in the images that we have here, the R25 Concept is visually similar to Vale’s M1 MotoGP bike and as we said earlier, it is very probable that the production model would look much like the design study you see in these pics here. Various rumours have suggested that for the production spec bike, Yamaha would simply add a headlamp, a new end car, a set of indicators and new graphics.

The Yamaha R25 will be powered by a 250cc parallel twin motor that could have a max power of 35PS. In a related news, it is being said that while the R25 for the international markets would get a twin pot motor, the India spec bike could very well come with a single cylinder 250cc engine that would have slightly less power but almost equal torque. This would be done to keep the costs low and price the bike ultra competitively. Quite obviously, regardless of the engine layout, the motor will benefit from fuel injection and will come mated to a six speed manual transmission. The upcoming R25 is built on a new frame that features tubular elements instead of the R15-like steel spars.

In our bike market, the upcoming R25 will be pitted against Honda CBR250R and the KTM 200 Duke. The Yamaha R25 would be locally produced in India.