Volkswagen India announced the start of production for its premium luxury sedan, Passat at its Aurangabad facility in Maharashtra. Continuing the momentum to introduce its global portfolio in India, Volkswagen will launch the new Passat later this year, the first sedan based on the MQB platform in India. 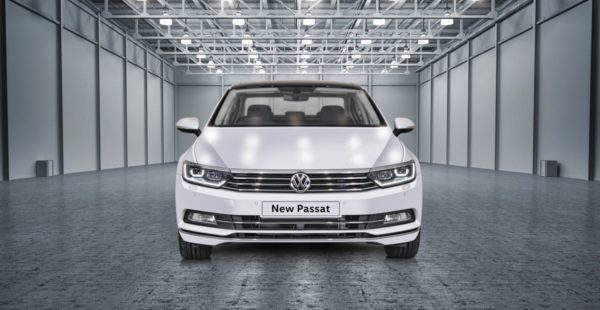 The Passat will be available with a 175 hp 2.0L TDI engine mated to a six speed DSG automatic gearbox. The company is slated to launch the Passat later this year although an official launch date has not been confirmed as yet.

Commenting on the occasion, Steffen Knapp, Director, Volkswagen Passenger Cars, Volkswagen Group Sales India, said that they are happy to bring back one of their most successful premium luxury products to the Indian market, the Volkswagen Passat. With the introduction of the Passat they extend their portfolio, encompassing a wide variety of products from a hatchback to a luxury sedan. The Passat exudes style, timeless design, exemplary performance, and is symbolic of a luxurious lifestyle. They are proud to introduce this car with an iconic heritage to the Indian market.