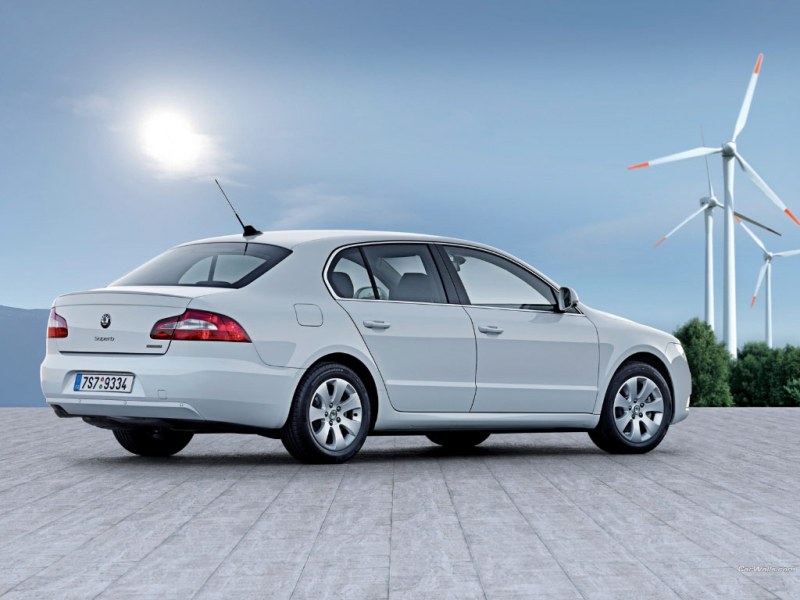 The new Bharat Stage IV (BS IV) norms have come into effect from the 1st of April, 2010. Since much before this, several firms upgraded or replaced their existing models with ones that would be BS IV compliant. Some firms also decided to leave their vehicles BS III compliant, making them unavailable in BS IV cities. In order that the Skoda Superb remains BS IV compliant, the Czech firm launched a new variant of the car in place of its existing variant.

The car will now be powered by a 1.8L TSI Petrol engine mated with a manual transmission system. The car will come with a price tag of Rs. 18.28 lakh (Ex-showroom Delhi) which makes it cheaper by Rs. 1.5 lakh. The new engine is reportedly believed to return a fuel efficiency figure of about 13.14 kmpl.

Skoda Auto India Senior General Manager (Sales and Marketing) Ashutosh Dixit said, “Ever since the launch, the New Superb has won the hearts of over 3000 customers and acquired the No. 1 position in the D Segment, bagging 6 prestigious automotive awards in 2010. The addition of the 1.8 TSI manual transmission to the current range will offer a wider choice to our customers and also allow us to introduce our newest technologies into the Indian market.”

Since the car boasts of a MT (manual transmission) system, it will be able to deliver complete engine performance along with an enhanced driving experience. For its range, this addition to the Skoda Superb is first of its kind. the car will be available in a varied choice of colours including Candy White, Black Magic, Diamond Silver, Rosso Brunello and Cappuccino Beige.