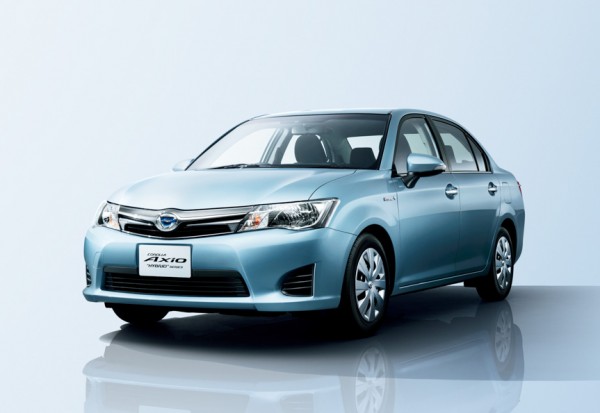 Toyota recently launched the hybrid variats of the Corolla Axio (sedan) and the Corolla Fielder (estate) in Japan.

Visually, the car looks similar to the gasoline powered variants, with the only change being addition of some badges and a new Light Blue Metallic color. 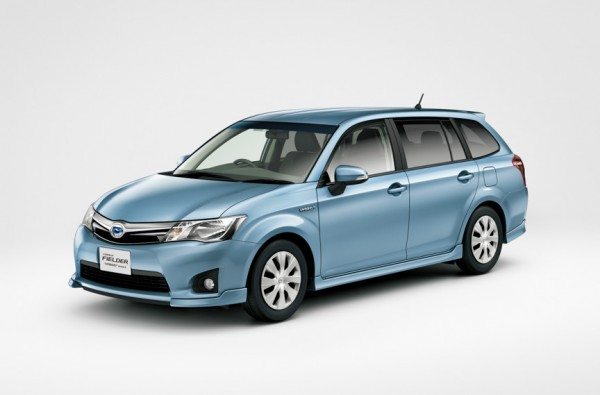 The hybrid variants of the Corolla will benefit from the 100% relief from taxation in Japan.

Powering the new Corolla Axio hybrid and Fielder hybrid is a combination of a 1.5 litre petrol engine and a THS-II hybrid unit. The engine has a max power of  74PS and the electric motor bestows the car with another 61PS. The motor gets its juice from Nickel-Metal Hydride battery. The battery also powers a water pump which helps by reducing the load on the engine. The car’s fuel efficiency is further enhanced by a EGR (Exhaust Gas Recirculation) feature. The car has a claimed fuele economy of 33kmpl. 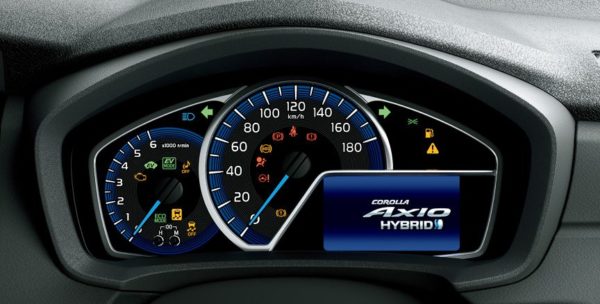 New features on the hybrid variants of the Corolla consist of a collision warning system, automatic headlamps and a 4.2 inch screen on the instrument console.