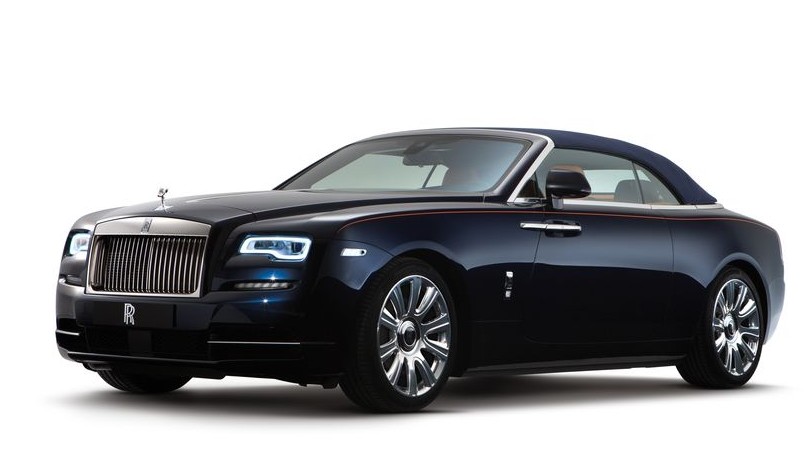 Dawn – The name was first used by Rolls-Royce in 1949, but only ever applied to 28 very special drop-head bodies between 1950 and 1954. The original Silver Dawn was also the first Rolls-Royce to be offered with a factory-built body, but the convertible that carried the name Dawn continued to be coach-built for individual customers. Bringing back the Dawn moniker will be the latest Rolls-Royce, a drop-top with the original Dawn as a muse. 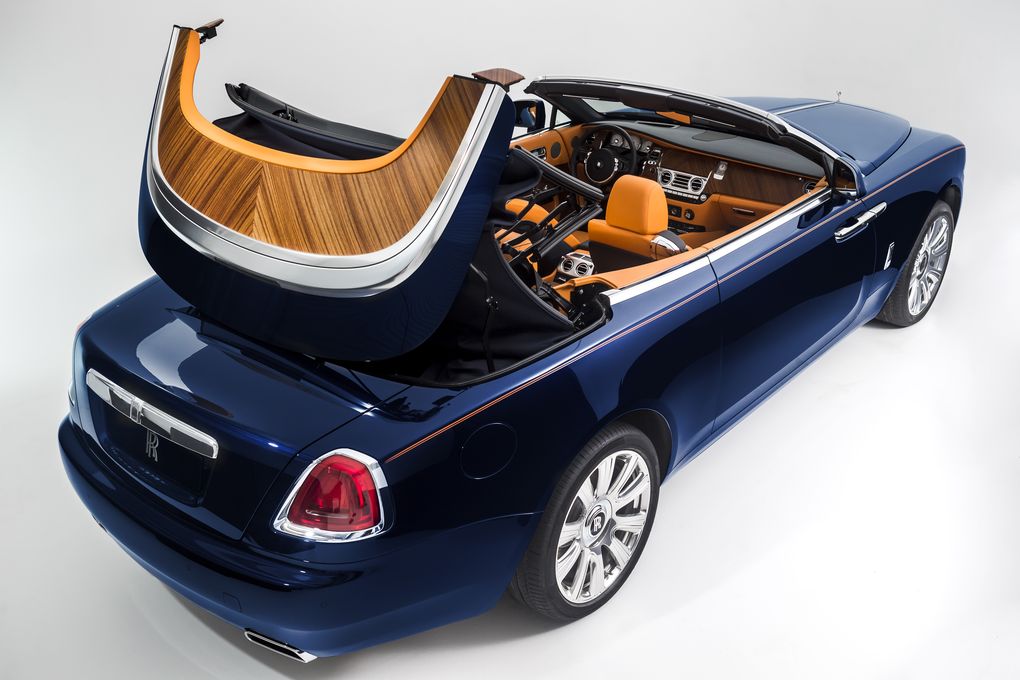 The new Rolls-Royce Dawn was internationally unveiled today, albeit digitally in a fully interactive, live telecast from the UK. The new Dawn is an ultra-luxury, 4-seater convertible (“drophead” in Rolls-Royce speak) based on the Ghost and Wraith; something that Rolls-Royce believes, will attract younger and more social buyers to the brand, who’d also have to be terribly well-heeled. 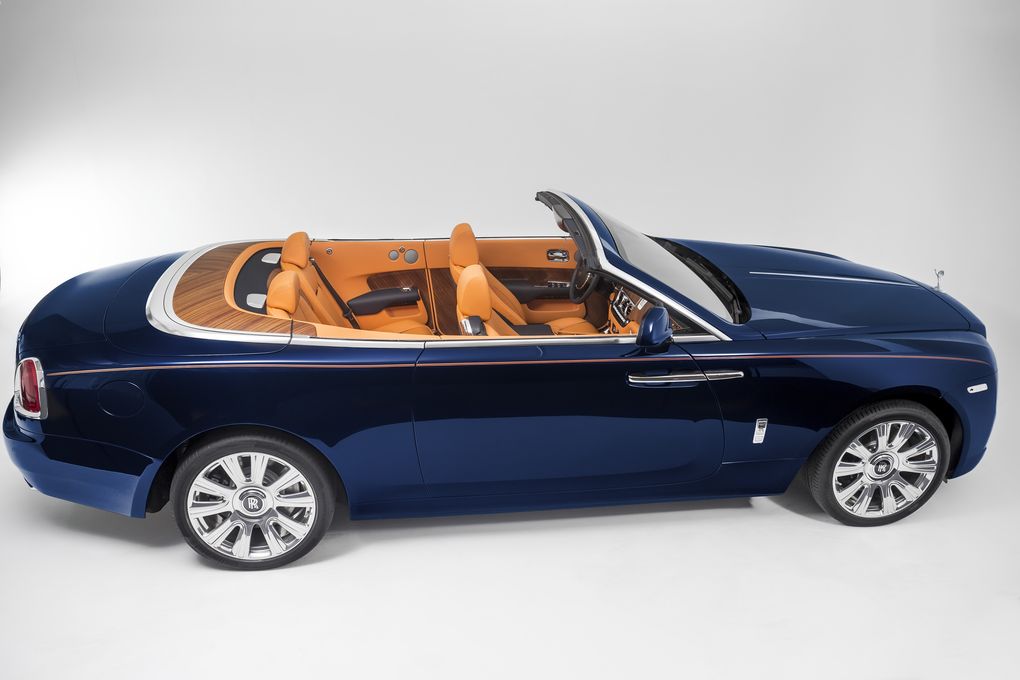 The BMW Group owned maker insists that the Dawn is “the sexiest Rolls-Royce ever built,” which is backed by this particular example, brandishing its bright orange “Mandarin” interior, complimented by a lustrous “Midnight Sapphire” paint-job, replete with a hand-painted coach-line. Compared to the Ghost saloon, the rear track is slightly wider, while the wheelbase is 180 mm shorter. The Dawn will ride on a choice of 20- or 21-inch polished or painted wheels. 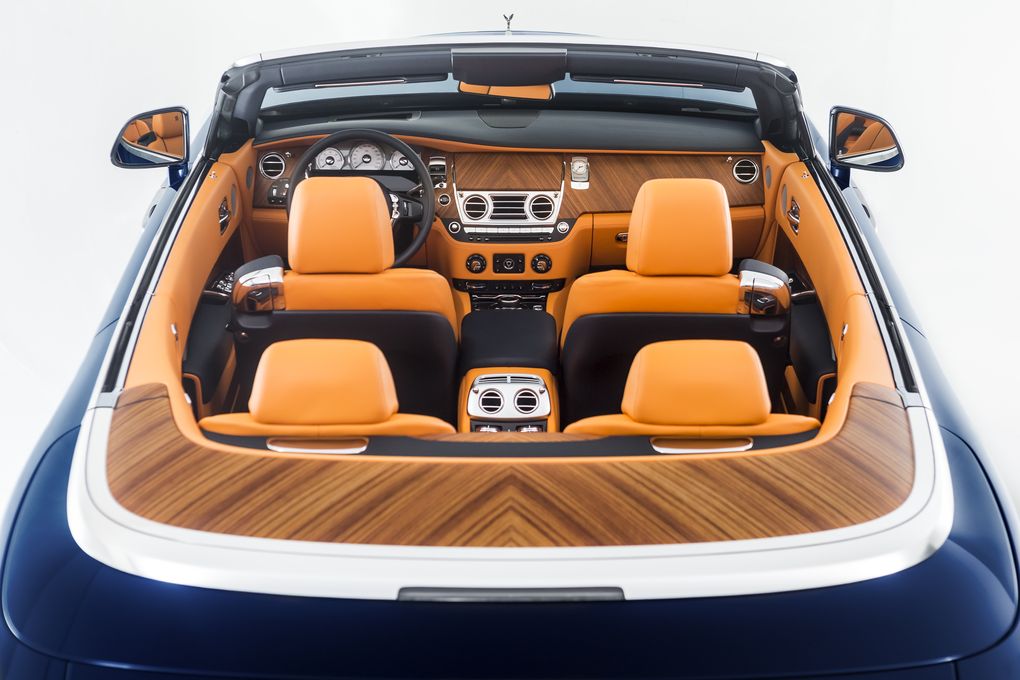 Juxtaposed to the Wraith, nearly 80 percent of the Dawn’s body panels are new. The rear hinged doors are carried over from the Wraith, but the chin is pulled forward by 2.1 inches, while the Parthenon grille is recessed by 1.7 inches. The retractable soft top can be opened or closed in 22 seconds flat, at speeds up to 50 km/h. What’s more, the mechanism won’t be whirring away to annoy your elite occupants, as it goes about its business in “total silence”. Rolls-Royce claims that the interior is as quiet as a Wraith with the top up. 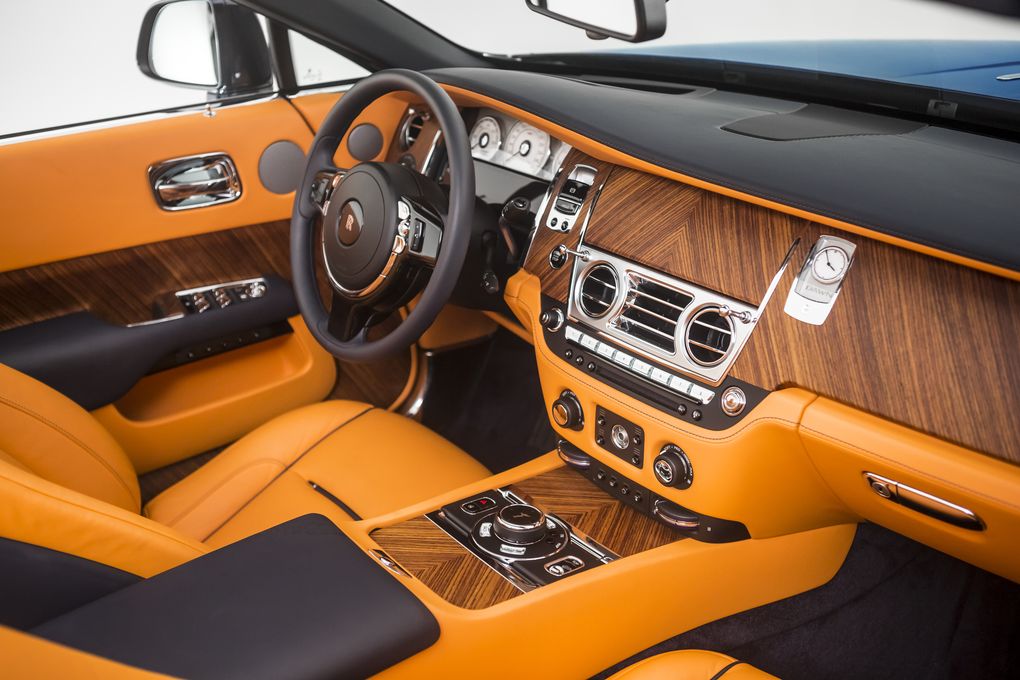 In the cabin, the Dawn is equipped with a glorified BMW iDrive system, including a touch-pad and a hidden 10.25″ high-definition screen, apart from a heads-up display, dynamic cruise control, and a Bespoke Audio system with sixteen individually-tuned speakers. The cabin is a sea of appointments, hand-crafted and trimmed in the finest leather and wood mankind has ever seen; of course, everything can be individualized to the slightest detail.

Under the hood sits Rolls-Royce’s trademark 6.6-liter V-12, good for 563 horsepower, which is enough juice to propel this 5,644-pound drop-top from 0 to 100 kph in just 4.9 seconds. Power is sent to the rear via a ZF eight-speed automatic transmission.  The Dawn’s first model year is already sold out, and deliveries start early next year. It will be manufactured in in Sussex, Rolls-Royce’s home turf, while prices are yet to announced.