The upcoming Range Rover Velar was spotted in India once again. Images shared by Motoroids reader Chandresh Revankar reveal a single unit of the Velar seen in Goa completely void of any camouflage. Earlier this year, we got you exclusive details that bookings for the Velar had already begun. 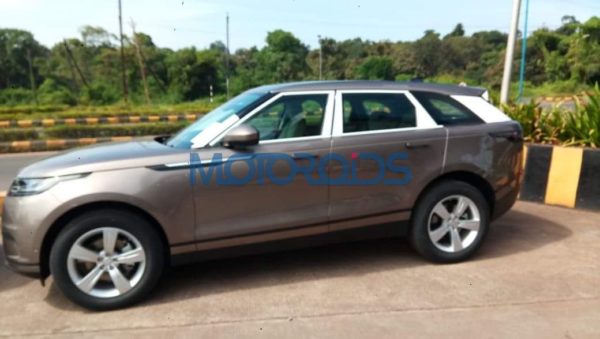 The upcoming Range Rover Velar is likely to be launched in India with a price tag of approximately INR 75-85 lakh (ex-showroom).

The new Range Rover Velar is likely to be launched in India early next year. 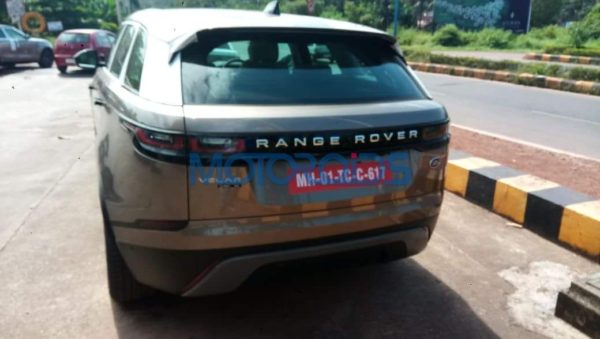 Design wise, the Velar features LED headlamps with integrated LED DRLs, wide front grille, large alloy wheels, blacked out pillars, twin chrome exhausts and wraparound LED tail lights. Inside, the model will come equipped with two 10 inch touchscreen displays, of which the screen on top functions as the infotainment system while the screen below it can be used for various functions including seat settings, climate control and the terrain response system. Also on offer will be a four zone climate control system as well as 20 way adjustable front seats with heating, cooling and massage functions. 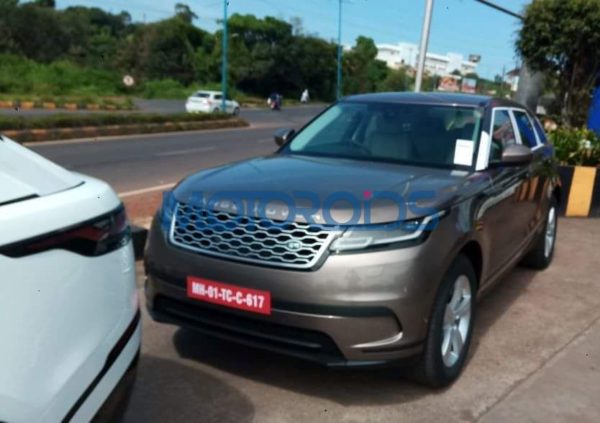