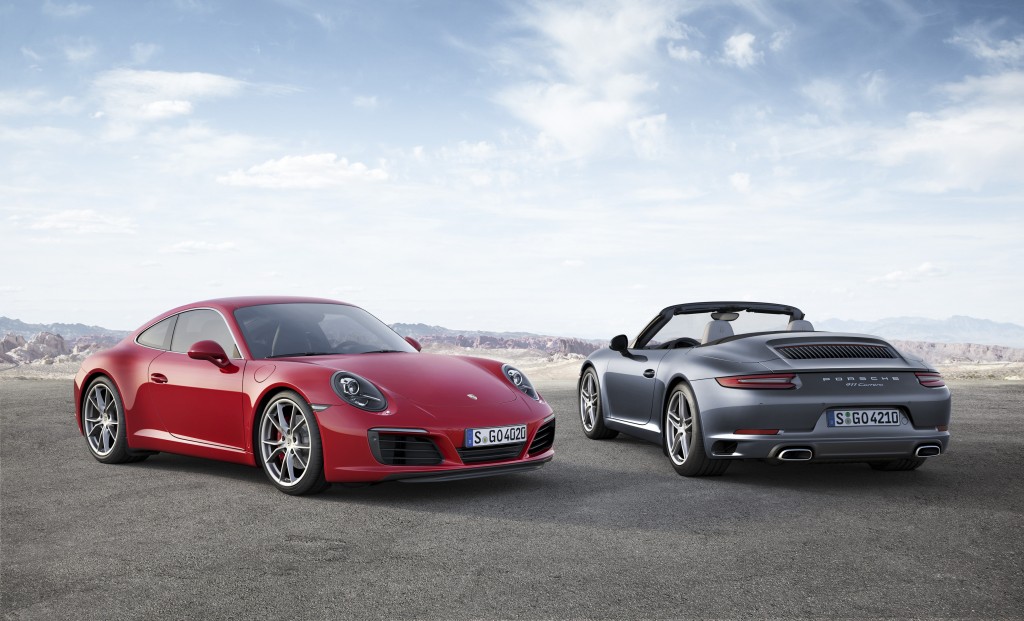 Porsche have officially revealed the iconic 911’s “991.2” generation Carrera and Carrera S models. The mid-cycle makeover brings in stylistic changes that are few and far in between, and, the first time in 911 history, the employment of turbo-charging across most of the range.

Bodywork updates include a new front bumper that is aerodynamically skimmed, with larger air intakes and horizontal LED daytime running lights. At the back, the revised tail lamps get a 3D-effect look, while the exhausts have been re-positioned to the centre of the new rear bumper. Also, new vanes atop the rear hood help channel air into the traditionally rear-mounted, flat-six motors better. 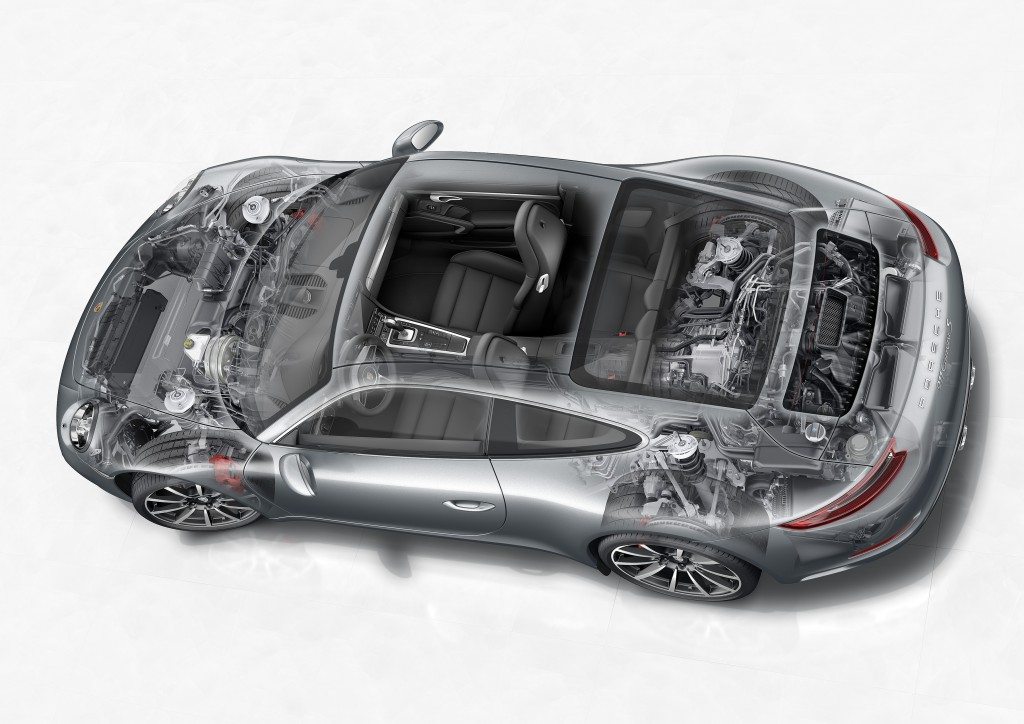 Maximum torque has also been increased by 60 Nm in each case,  with outputs of 450 Nm and 500 Nm respectively delivered constantly from 1,700 rpm up to 5,000 rpm in both cases. A maximum engine speed of 7,500 rpm for both makes them rev lesser by 300 rpm than their predecessor; still quite eclectic for a turbocharged engine, and Porsche insists that the “typical sonorous Porsche flat-six engine sound” is intact. 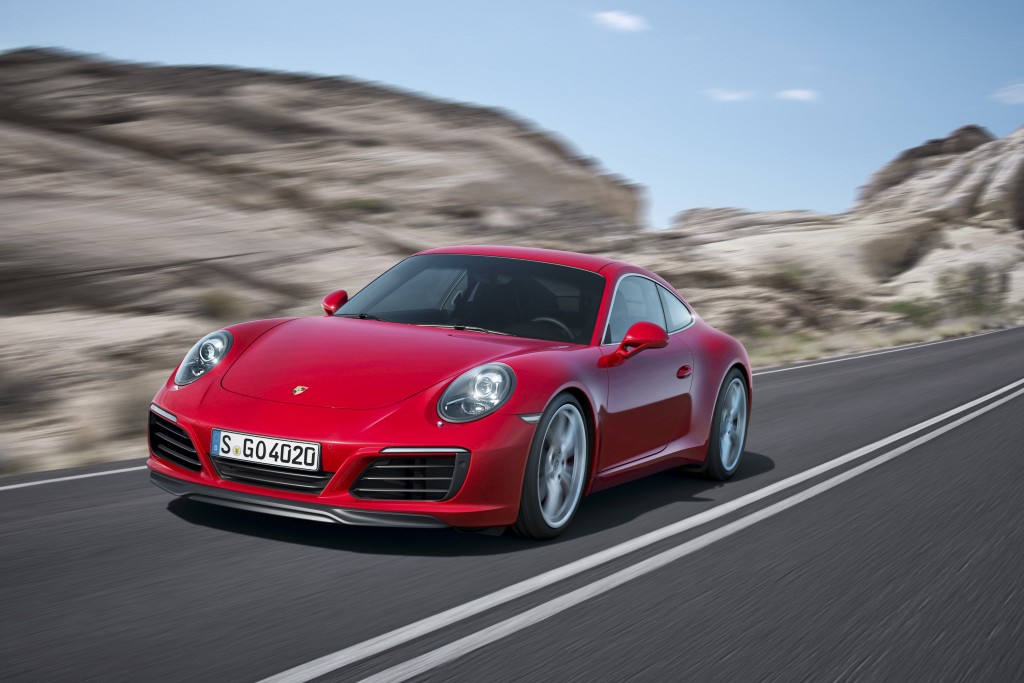 The optional Sport Chrono Package has been updated, with the 911 Carrera now featuring a ‘mode switch’ on the steering wheel, derived from the hybrid mode switch of the 918 Spyder. The mode switch consists of a rotary control with four positions for the driving settings “Normal”, “Sport”, “Sport Plus” and “Individual”. Depending on the car’s specification, the latter setting enables drivers to configure their own individual vehicle set-up; eg Porsche Active Suspension Management (PASM), PDK transmission shifting strategy and sports exhaust system. 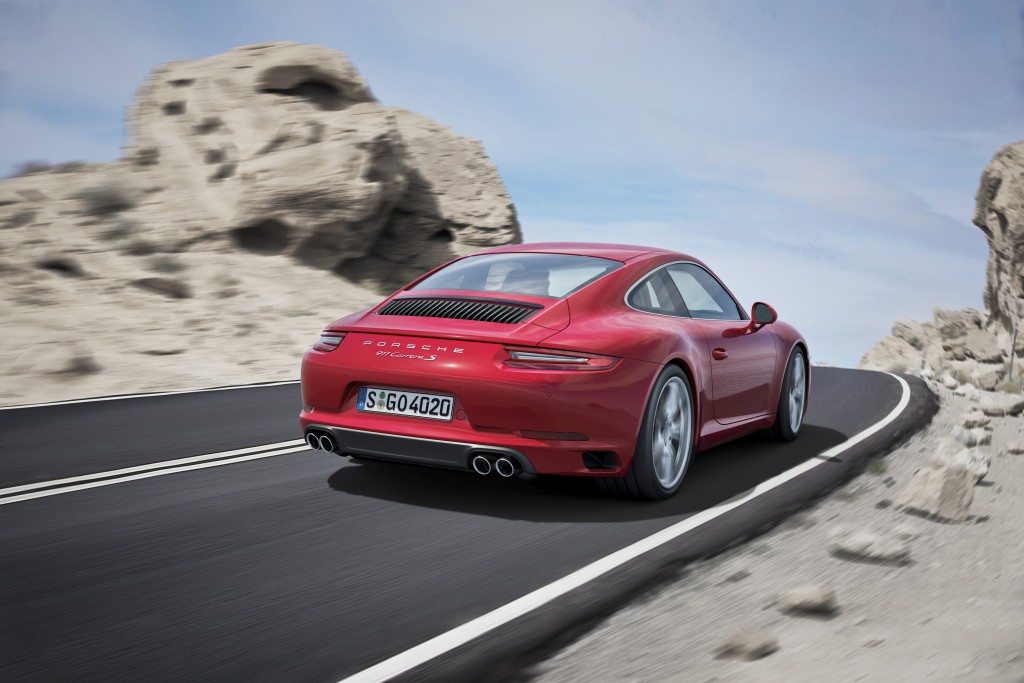 In combination with the PDK, the mode switch has an additional “Sport Response Button”. When this is pressed, the drivetrain is pre-conditioned for maximum acceleration for 20 seconds, in anticipation of an overtaking manoeuvre, for example. For a short time, the optimum gear is engaged and the engine management adjusted to an even more spontaneous response.

For the first time, the new PASM (Porsche Active Suspension Management) chassis, which lowers the ride height by ten millimetres, is a standard feature of every Carrera model, which works in conjunction with new dampers. The 991.2 also rides on newly designed wheels, while the rear tyres of the 911 Carrera S now measure 305 instead of 295 millimetres. 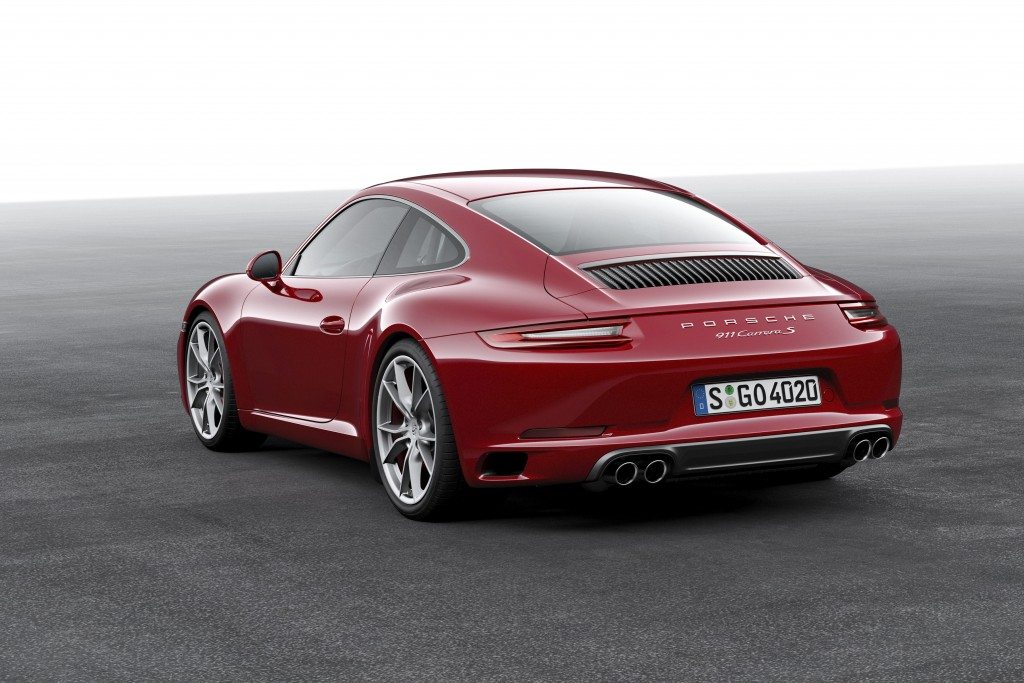 The active rear-axle steering that is available as an option for the 911 Carrera S is chassis technology adopted from the 911 Turbo and 911 GT3. Apart from aiding high speed handling, enhancing  the turn-in behaviour, it also ensures greater manoeuvrability in city traffic thanks to the turning circle reduction of 0.5 metres. For clearing kerbs, there’s also an optional hydraulically operated nose lift system that increases the ground clearance at the nose by 40 millimetres within five seconds. 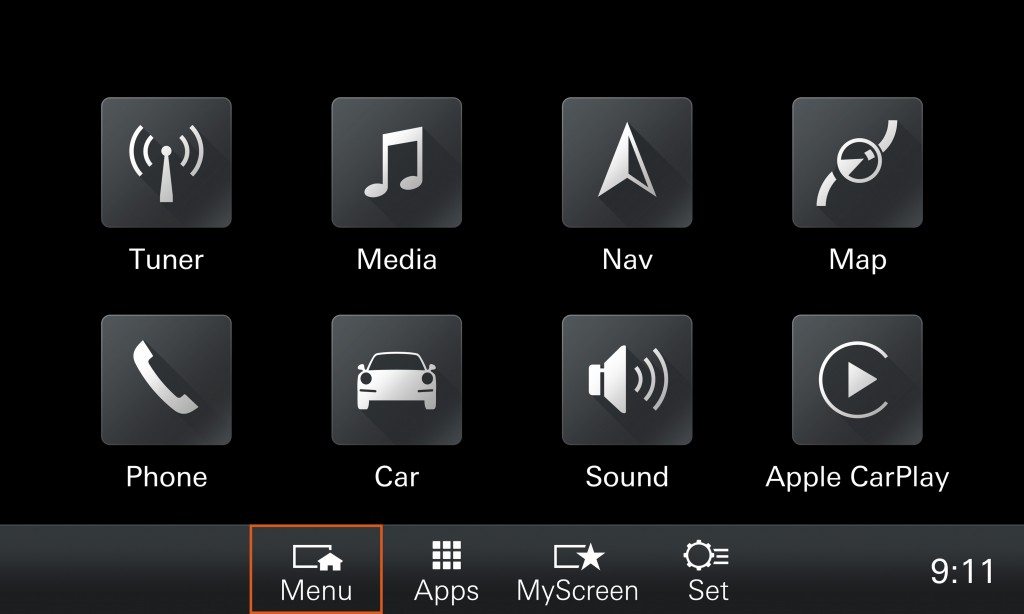 The new 911 Carrera models feature a development of the Porsche Communication Management System (PCM) including Online satellite navigation and voice control as standard, which includes a seven-inch display which recognizes multi-touch gestures. Also new is the option of connecting an iPhone to the PCM to use Apple CarPlay.

New assistance systems include an optional automatic speed control, Adaptive Cruise Control (ACC)and an optional Lane Change Assist that monitors traffic behind with radar and uses LED lamps in the left and right of the mirror triangle to warn the driver about approaching vehicles in the blind spot. In addition, Porsche increases active safety with the multi-collision braking system as a standard feature. 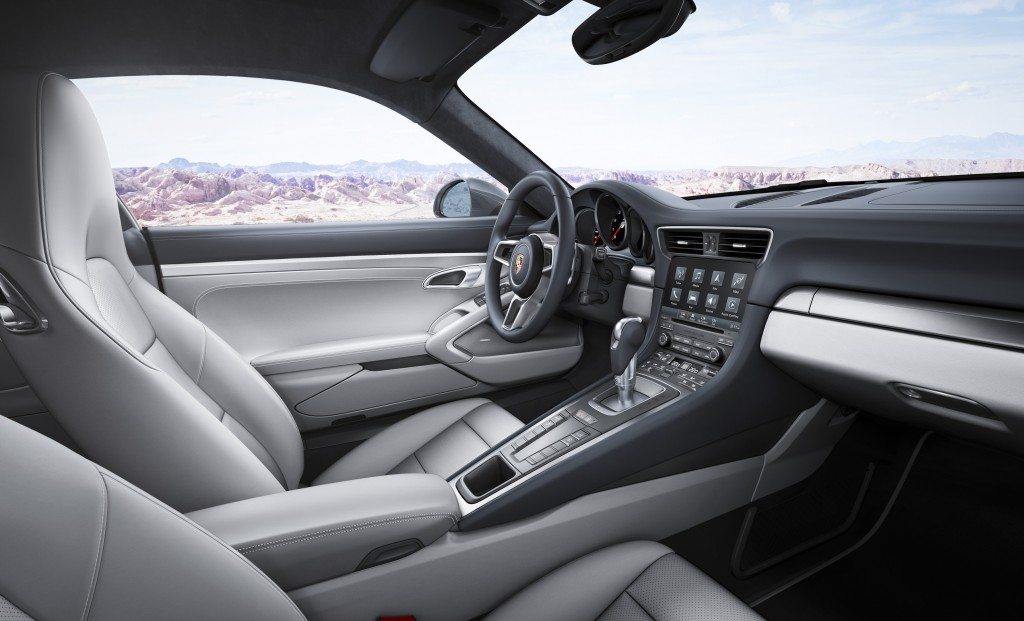 The new Porsche 911 Carrera models are on sale now in the UK and Ireland, and first deliveries will arrive in Porsche Centres in December, with an India launch awaited sometime in 2016.