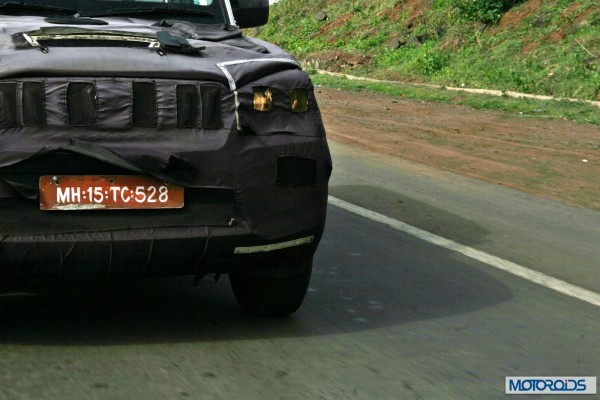 It’s been quite a while since Mahindra & Mahindra (M&M) made a petrol engine for their products and they didn’t feel the need to, since their diesel-powered vehicles were reeling-in good benefits for the company. But in a new move, M&M has decided to make petrol-driven cars and are in fact, in the advanced stages of development for these new breed of engines. The new petrol engines will also be sharing a common platform with some future diesel powerplants of different displacements and power output. These newer engines will power Mahindra and Ssangyong vehicles for the foreseeable future.

“Let me first say that I am very happy by the way our engines are going. We have developed a new family of engines, which will have a 1.2-litre diesel and petrol, a 1.6-litre diesel and petrol, a 1.5-litre diesel. We also have the option of doing a 1.5-litre petrol and a 1.0-litre petrol. So, seven possible engines coming out of a platform which is brand new and developed grounds up”, says Pawan Goenka, President of Mahindra & Mahindra Automotive and Farm Equipment Sectors. He went on to add, “Some of the engines are more SsangYong-centric while some are more Mahindra-centric but will they will be shared with both Mahindra and SsangYong as per the requirements”

Mahindra & Mahindra has pumped in over Rs. 700-crores on this new venture and will see them making a 1.6-litre 4-cylinder petrol unit, another 4-cylinder petrol engine and finally, a 4-cylinder oil-burner. These engines will subsequently power the Ssangyong X100 compact SUV, which is only for sale in international markets and won’t be reaching Indian shores. We wish M&M brought this little SUV here, instead of the not so great RX-series. Goenka said, “What you will see is a 1.2 petrol and diesel in one of the Indian launches next year” 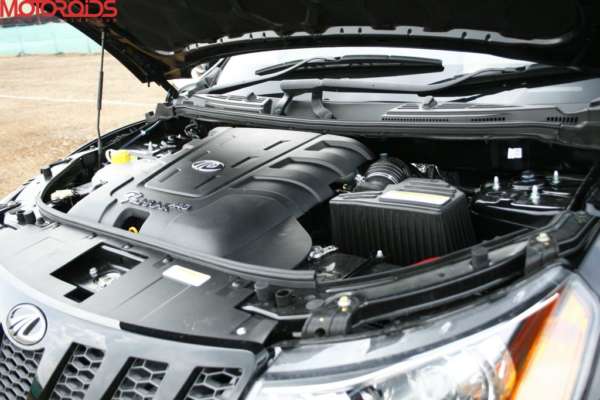 The popular m-Hawk engine under the bonnet of the XUV500

The 1.2-litre motor that the president of M&M talked about, is actually just a 3-cylinder downsized version of the 1.6-litre unit found under the bonnet of the X100. The reason for the displacement reduction in the Indian market is simple and straight-forward, to avail the benefits of the lower excise duties that’s up for grabs for cars under the 4-metre mark. The S102 will hit the Indian market probably somewhere in 2015. The compact  SUV will be powered by a 1.2-litre 3-cylinder naturally-aspirated petrol engine that will develop 80 horses. If you expected the compact SUV to also get the 1.5-litre diesel motor treatment, then you will be left waiting for a bit more, as that engine won’t see the light of day during the initial launch of this car.  “You will see the new 1.5-litre diesel perhaps in 2017 or late 2016 in a future Mahindra product”, says Goenka.

As we all know by now, petrol engines have never been M&M’s forte, and the company desperately wants to change that and Goenka agrees that the future for petrol-powered cars in India is indeed looking bright. He says, “The current gasolines (petrol) that will come out will not be direct injection but we know that’s the direction and we have already started work on it because the future in India will be gasoline, direct-injection with turbocharging”

The company has never truly been successful with petrol engine cars, and their last attempt which resulted in a Renault engine being plonked in a Scorpio, clearly didn’t favour them well. M&M has a long way to go before they can start reaping the rewards of their upcoming petrol engines, but we are glad to see them going in this direction.