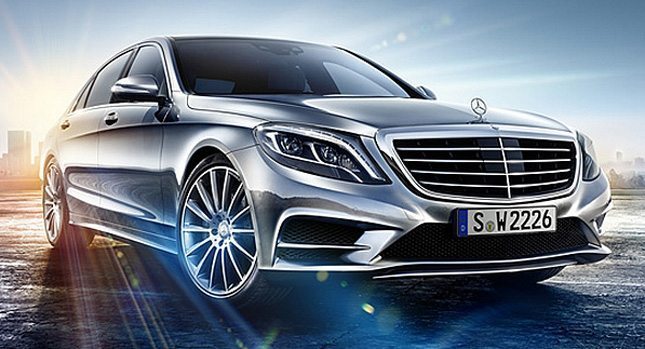 It’s still days to go for the official launch of the 2014 Mercedes Benz S Class on May 15, but the first official image was put up on the world wide web by the German manufacturer rather accidentally and was later taken down.

Earlier codenamed the W222, the new redesigned S Class has been snapped on numerous occasions during its test runs with heavy or literally no camouflage. Blokes at Carscoops who have reported the image state that the displayed image might be one sporting the AMG package or a sportier trim line- thanks to visual clues in form of larger air intakes and sharp creases along the body.

Larger than the existing S and the recently showcased CLA series, the 2014 Mercedes Benz S Class puts great emphasis on safety with host of features with an intelligent drive assistance systems. 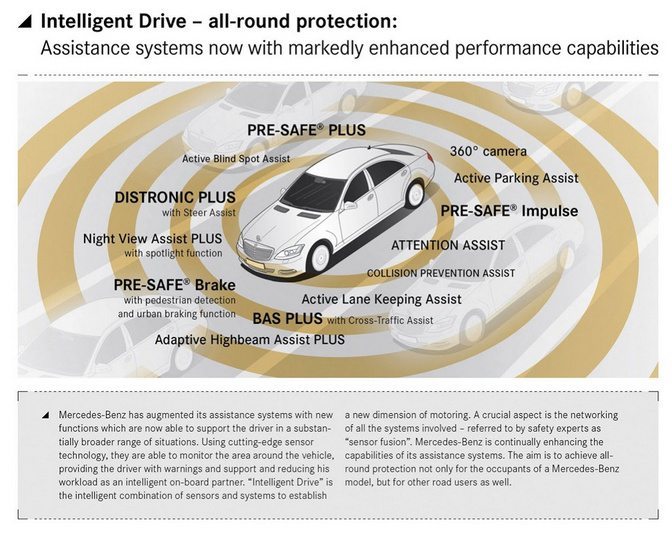 Also the new S-Class would be constructed on an ‘aluminum-intensive unibody’ with four-link front and multi-link rear suspensions featuring a new Magic Ride Control system, using set of cameras for road scan and on-board computers to calibrate the suspension for enhanced road hold and comfort.

Though the engine specifications are still a secret, it is speculated that the new S Class would be propelled by a 4.6 litre V8 pushing out 435 bhp and the AMG package could well see a mammoth 6 litre V12 unleashing 630 bhp of tyre shredding force.

Arch rivals BMW and Audi have been running away with the show with their flagship offerings rendering the S Class a relatively dated offering. The Tristar Giant is all set to hit back with a vengeance.