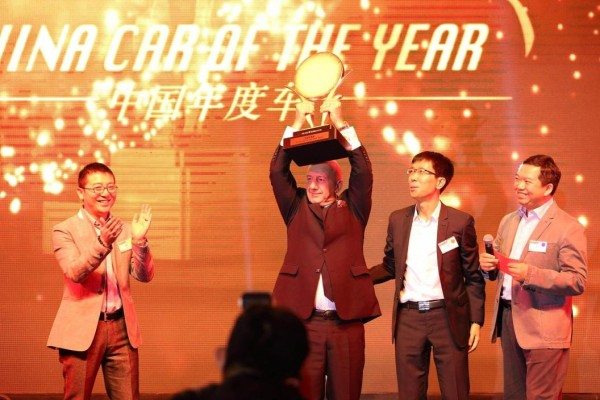 At an award ceremony during the Guangzhou Auto Show, hosted by PRIME Research and Automobil Produktion, the new Mercedes-Benz S-Class was declared the 2014 China Car of the Year. The prize was received by President and CEO of Mercedes-Benz China Mr. Nicholas Speeks, who stated that “the decision reaffirms the model’s stature and position in China, its top market worldwide.”

The Porsche 918 Spyder is the first model to win the China Performance Car of the Year title. The prize was received by Director of Technics 918 Spyder Mr. Michael Höscher, who stated that he is “glad to bring this award from China back to his 918 development team in Germany, as without them we wouldn’t have won the China Performance Car of the Year Award.” The jurors observed that “its outstanding performance is undoubtedly unmatched in the automotive industry. The philosophy of applying e-hybrid technology to a racing car is the real essence of this car.”

The second Porsche model to win an award was the Panamera E-Hybrid, which is the first model to win the prestigious China Green Car of the Year title. The prize was received by Chief Operating Officer of Porsche China Mr. Michael Kirsch, who stated that “it makes us humble that Porsche has won two awards tonight. I’m surprised a luxury sports car can win a green car award. That means our effort in developing green technology has paid off.” The jurors added that “while e-hybrid technology is not new, the Panamera E-Hybrid embodies maximum performance and efficiency.”

The Chang’an PSA DS5 won the China Car of the Year Design Award. The prize was received by PR Director of Chang’an PSA Mrs. Li Minxue, who stated that “with a genuine design originating from Paris, the brand new DS5 has surprised the audience by winning the China Design Car of the Year Award, parallel to models from Porsche and Mercedes-Benz.”

The juror panel comprised of ten automotive editors-in-chief from ten different Chinese car magazines. Each juror was appointed by the C-Club on the basis of their expertise, experience, credibility, and influence.