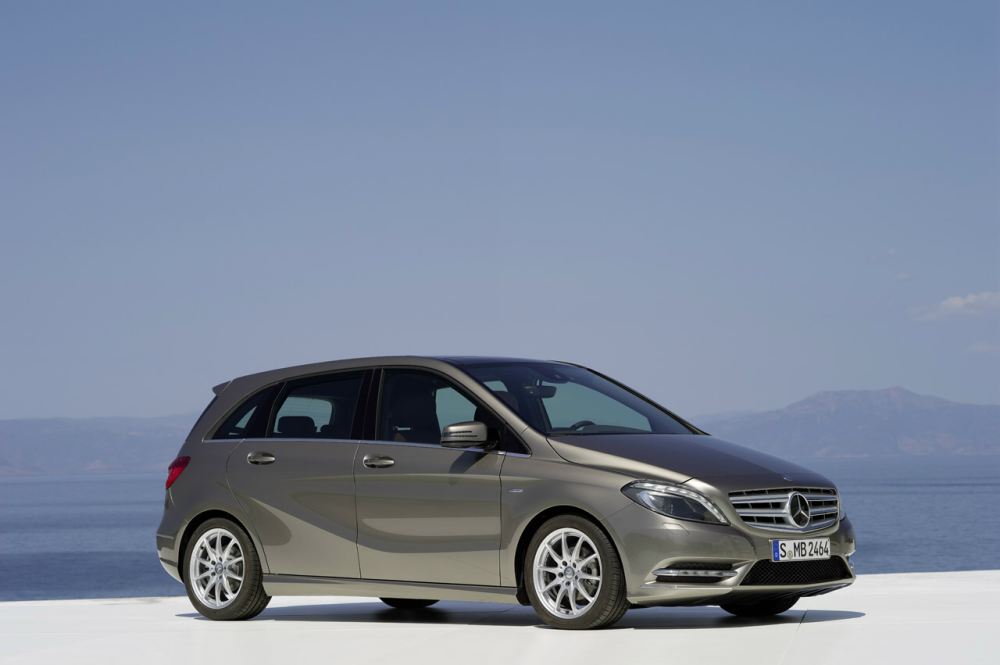 Mercedes Benz’s next generation B-Class will make its debut at the upcoming Frankfurt Motors Show. While some pictures and details of the car had been revealed earlier as well, M-B has now officially revealed all the details on the new car. According to a company statement, the B-class will feature a plethora of new technologies. “No model change in the history of Mercedes-Benz has ever seen so many new developments introduced in one fell swoop,” said Dr. Thomas Weber, Head of Development, Mercedes-Benz Cars.

Mercedes-Benz is calling the new B-class a ‘sports tourer’; a ‘hatchback saloon’, even. At 1557 millimetres, the new model crouches almost five centimetres lower on the road than its predecessor. The seat height in relation to the road has also been reduced (minus 86 mm) in order to facilitate boarding. The new B-class boats a drag coefficient of cd = 0.24 which is quite impressive for a station wagon.

An upright position, along with lowering of the vehicle’s floor at the rear, interestingly has led to a legroom of 976 mm which even surpasses that of the S- and E-Class. The B-Class is optionally available with the so-called EASY-VARIO-PLUS facilitating fore/aft adjustment of the rear seats by up to 140 millimetres thereby increasing the luggage compartment volume from 488 to 666 litres.

The dashboard of the new B-class is done in ARTICO man-made leather finish and features stitching. Four equipment packages -Chrome, Sports, Exclusive and Night package are available. The three large round vents in the middle and their uniquely designed cruciform nozzles lend the B-class’s interior a unique character. The display above the center console is is available in two sizes (5.8- and 7-inch). The three-spoke steering wheel is functional, as it is beautiful. The COMAND Online multimedia system now offers internet access.

The new B-class will feature an electromechanical steering system which makes an important contribution to the vehicle’s overall efficiency.

Assistance systems which have been adopted into the B-Class from the larger models include:

The PRE-SAFE®preventive occupant protection system which features in the B-Class is available for the first time in this vehicle category.
Belt tensioners, belt-force limiters and belt height adjusters come as standard on the outer seats. Rear sidebags are optionally available. Integrated child seats and automatic child seat recognition are available as in the predecessor. Driver and co-driver are provided with new pelvis bags which are able to cover the pelvis and the entire upper part of the body. For head protection, a windowbag is fitted as standard.

The new B-class is expected in India by the end of 2012 or early 2013. In the meantime, BMW is also readying its 1series to democratize the premium segment.

So, how much would you pay for this ‘hathcbakc saloon’ as Mercedes-Benz calls it? Do let us know. here are some more images of the car