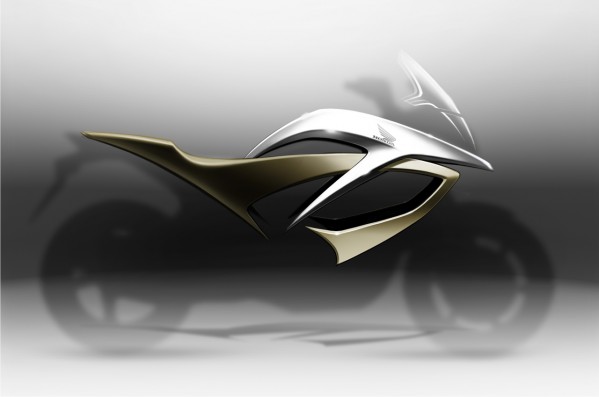 Just coming out of Honda’s Headquarters in Italy, is an official teaser sketch of what the Honda insiders have described as their new VFR adventure tourer bike.

Based on the current VFR 1200F, this new concept rendering shows a largely reduced fairing and is likely to be powered by a modified version of the VFR 1200F’s V4 engine. However, the capacity will be less than 1200cc. The production version of the new adventure bike, will be seen in just two weeks from now at the upcoming Milan Motorcycle Show in November. This new VFR is one of the eight new models, which are awaiting their debut in Milan. There are also rumors of a show- stopper concept bike, kitted out with VFR’s 1200cc V4 engine and DCT twin- clutch automatic gearbox.

All will be unravelled in less than two weeks. So, stay tuned to Motoroids.com