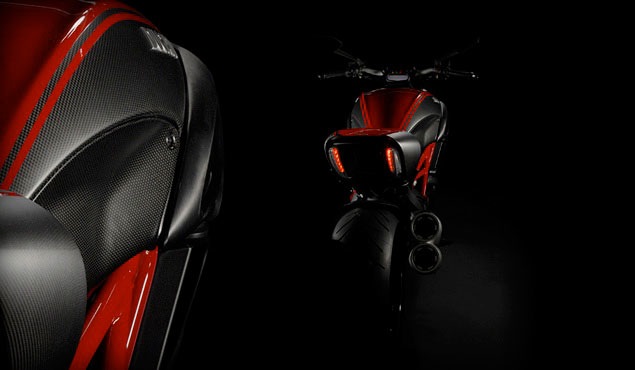 Ducati has just released the first official images of the 2011 Ducati Diavel, which is set for its international debut at the upcoming EICMA show in Milan in two weeks. Announcing the new model’s name ahead of the official presentation, the italian manufacturer is about to turn another dream into reality. This dream comes true via using the local Bolognese dialect for “devil” in naming their new model the Diavel – pronounced Dee-ah-vel.

The idea for the Diavel name was born early in the development process of the bike, when the prototype was assembled and wheeled out in front of a group of Ducati engineers and technicians for the first time. One person looking from the rear of the bike saw its silhouette and exclaimed in Bolognese dialect: “Ignurànt comm’ al diavel!” Meaning: “Evil, like the devil!” From that moment on, Diavel became the nickname for the project. Ducati now makes the name official as it approaches the unveiling in Milan. Reminiscent of how the “Monster” was named 20 years ago, the Diavel is now destined to follow the same Bolognese tradition. Ducati is proud to continue shaping the future of motorcycling while staying faithful to its Italian heritage.

Built to have a commanding presence, though lightweight and agile, the Diavel will take the man-motorcycle relationship to the next level in absolute comfort. For fans of technology ABS, Ducati Traction Control and Ducati Riding Modes will deliver a confidence-inspiring sophistication. Stunning looks, the Superbike-derived Testastretta 11° engine and 456lb of authentic Ducati performance will drive a comfortable sport lifestyle that could only be dreamt of until now.