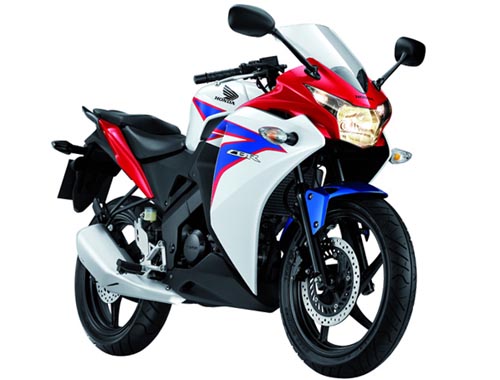 Recently, we talked in detail about the Honda CBR150R coming to India in a few days. Yes, we are as excited as a young teenager during his first meeting with porn. Honda is bringing in its jap warrior in the performance 150cc category. The launch of CBR 150R is scheduled for March 2012 and as reported by us earlier, the bike was showcased at the 2012 Indian Auto Expo. The guys who find the baby Ninja’s price tag to be unreasonably high and the R15 to be quite mundane, will now have an option to hit the nearest track on this new baby CBR.

In this advertisement, Honda MotoGP rider Casey Stoner is shown on the CBR150R on race track and also in the city. The advertisement simply shows that while this CBR is very capable on race track, it can also be at home in traffic conditions.

CBR 150R puts to use a single cylinder, fuel injected DOHC 4 valve 150cc four stroke engine that is a detuned version of the CBR250R. With a peak power of  18 PS and a peak torque of 13 Nm, you can expect it to be quicker on the track. Comparing the power figures with the R15 which turns out 17 Bhp-15 Nm, CBR150 emerges as a tad bit more powerful and  just 2 kilograms heavier.

We have already seen the Yamaha TV commercial in which R15 is shown in its full glory on a race track and we expect Honda to use this commercial to market the upcoming bike in India.
https://www.youtube.com/watch?feature=player_embedded&v=ASDNQ12Id2I