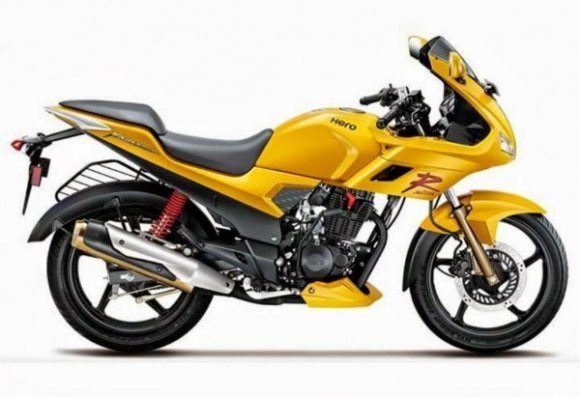 The new 2014 Hero Karizma R facelift features several updates that should enable the aging bike to soldier on for some more years.

The new 2014 Karizma looks much like the facelifted ZMR and sports the same front fairing, albeit, without the lower half. The bike also gets twin projector headlamps, and LED DRLs. Other updates include a split seat setup, split grabrails, slightly revised side panels, new tail end and a new muffler. The speedo console, the wheels and the fuel tank have been carried over from the current model.

The 2014 ZMA boasts of a max power of 19.2 bhp, which is considerably more than the current bike’s rather modest (for a 223cc) 17 bhp. The 2014 ZMA can dismiss 60kmph from zero in 3.6 secs and expect a sub 13 sec run to 100kmph. True top speed is expected to be around the 13o kmph mark. As we have been saying, the suspension and wheels have been carried over from the earlier model. The bike continues to have a drum brake at the rear. 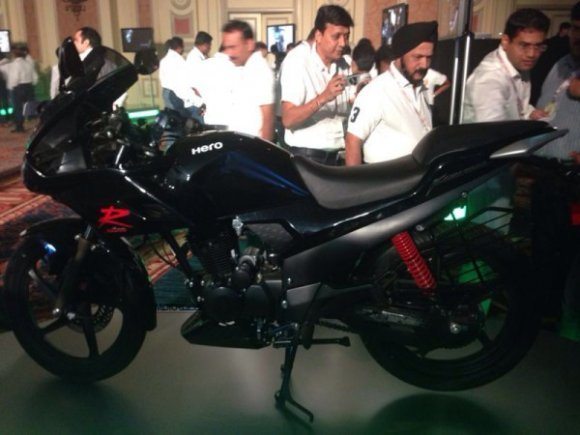 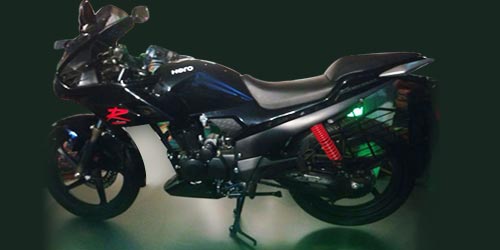