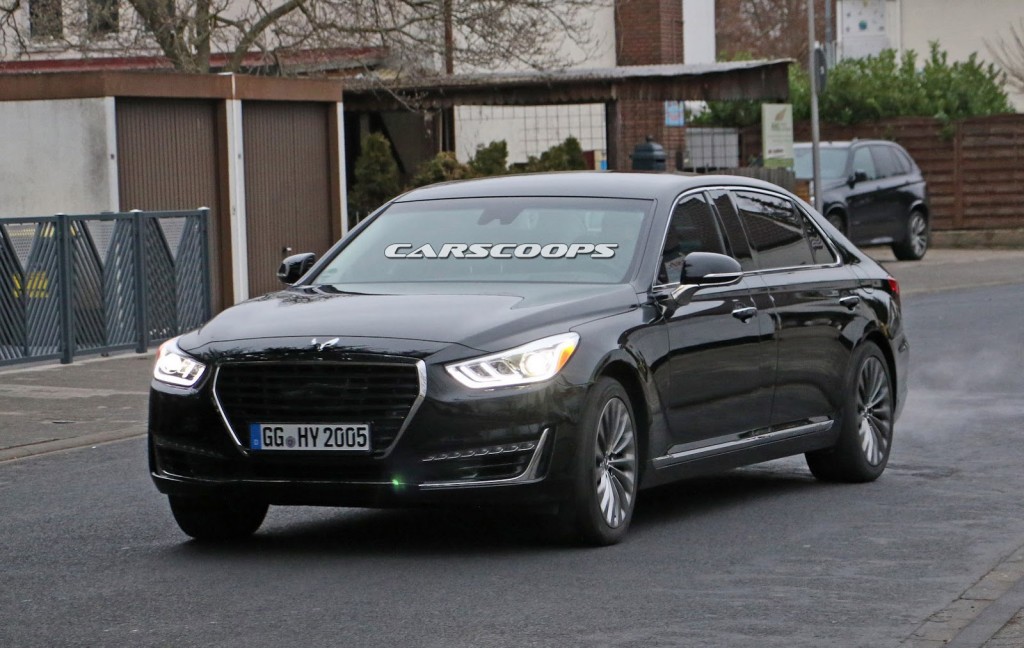 A long wheelbase Hyundai luxury sedan doesn’t make much sense to us Indians, because, well, Hyundai, to us, is more about budget transportation with a bit of South Korean zing. In the US however, Hyundai has already started treading uncharted territory with a fair amount of success; areas where the Germans with their expensive wares prowl. Case in point – the new Genesis G90 luxury sedan, aimed squarely at the likes of the Mercedes-Benz S-Class. 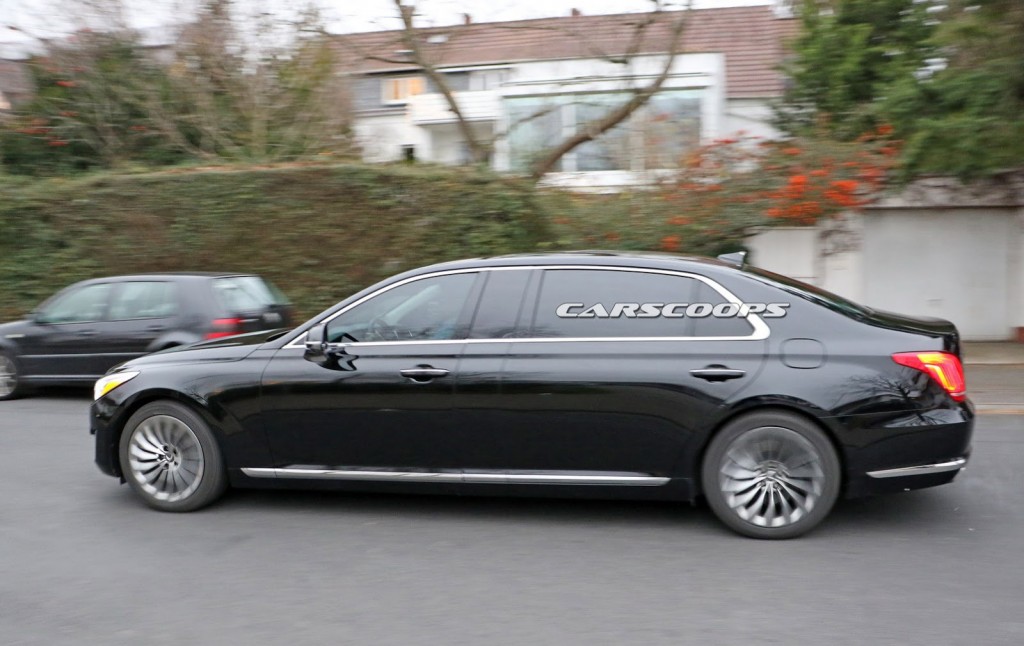 After trotting the Genesis premium sedan in the North American, South Korean, Australian and European markets with reasonable success, Hyundai chose the Genesis name for its new luxury sub-brand. The G90 luxury sedan, unveiled last week, is the first vehicle to fall under the new-found Genesis umbrella. Now, if you’re going head on with something like a flagship Merc, you better do your homework, and this freshly spied, stretched G90 is one of the signs that Hyundai is measuring up its opponents quite closely. 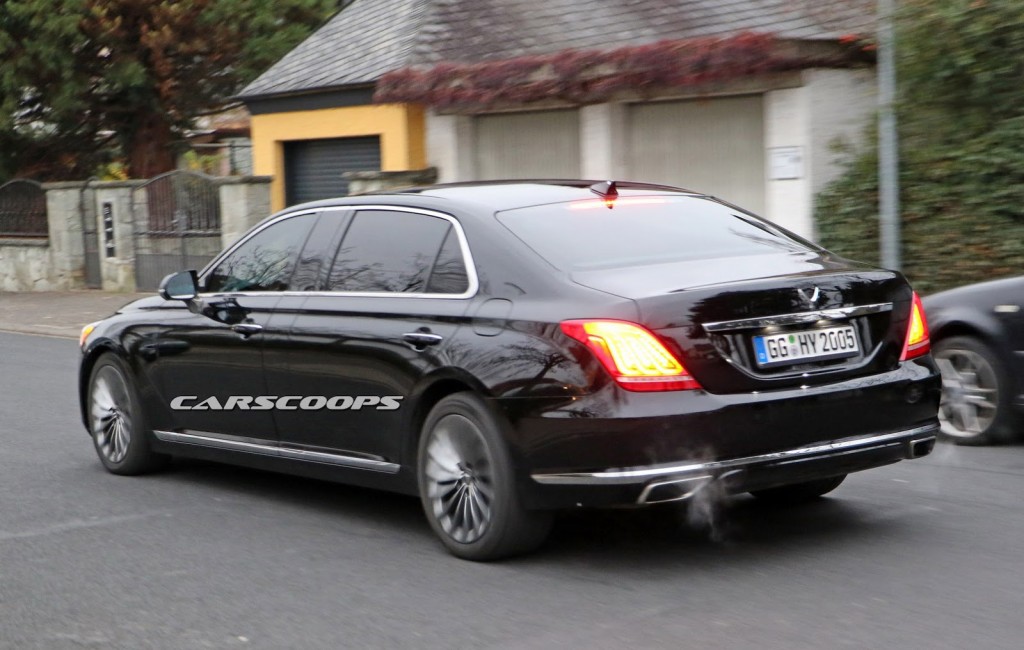 You see, this elongated Genesis G90, or the LWB (Long Wheelbase) version in technical speak will be silently tugging at potential Mercedes-Maybach customers who’re already scoffing at the German menu’s prices. Well, one doesn’t need to be Einstien to deduce that the G90’s levels of refinement, luxury, performance or engineering won’t be a patch on the Maybach range, or other elongated Germans for that matter. However, the Korean limousine will come at a much lower price, which, combined with the fairly opulent hardware that it offers, could appeal to some, apart from the purists with moolah of course. 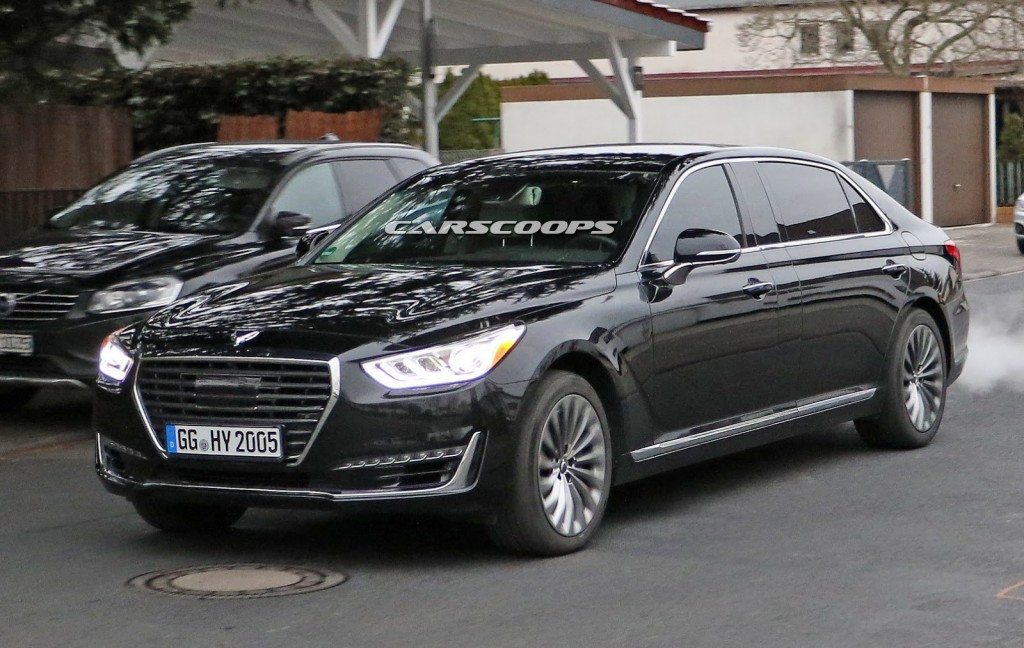 It’s still not clear what engines the Genesis G90 LWB will run, or the extra equipment it’s supposed to feature, but it’s quite logical to assume that it could very well employ the most powerful engine of the Genesis G90 SWB range –  a 5.0 litre, V8 GDi petrol unit with a peak power output of 425 PS and peak torque of 520 Nm, mated to an eight speed automatic transmission, sending power to the rear wheels, or all four if optioned with AWD. The regular G90 will go on sale in Korea as the Genesis EQ900 at the end of this month, followed by a global launch in the first half of 2016.