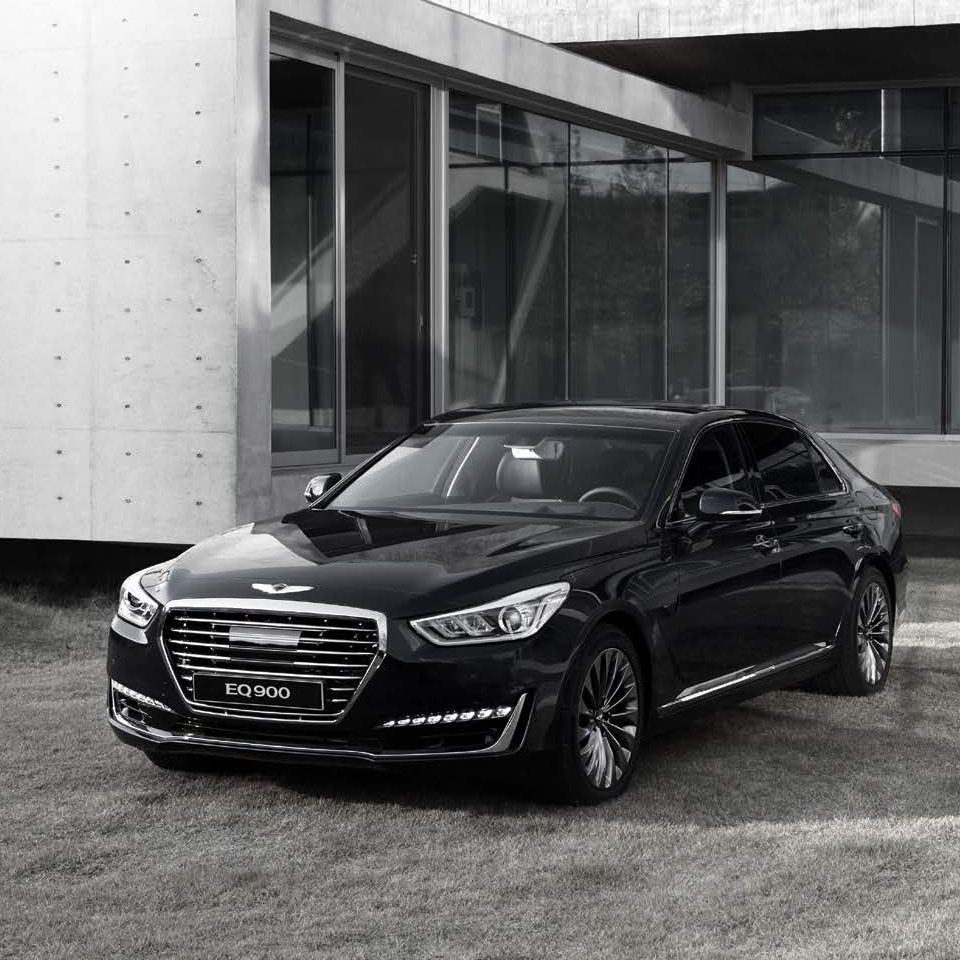 Hyundai has officially revealed the G90 under its luxury oriented sub-brand Genesis. The G90, also known as the EQ 900 in Korea is the first model to be launched under the Genesis brand. The Genesis G90 will be followed by other models from the Korean car manufacturer such as the G80, the G70, a crossover, a coupe and an SUV in the future.

Designed at the hands of Peter Schreyer, a German automobile designer famous for his design of the Audi TT, the G90 has come a long way from its predecessor, sporting a classier look, courtesy the longer hood with the Genesis badge that sits above a hexagonal grille christened as the ‘Crest Grille’. The LED headlamps sit beside the grille while the DRLs are situated on the corner of the lower front fascia. Moving on to the side of the car, the vortex-like multi spoke alloy wheels catch our attention, and will be available in 18 and 19 inch options. The posterior of the car features LED tail lights go with the flow of the shoulder line on both sides of the car and situated below the rear bumper are twin chrome tipped exhausts. Notice how the chrome strip adds a spark to the otherwise simple rear bumper. 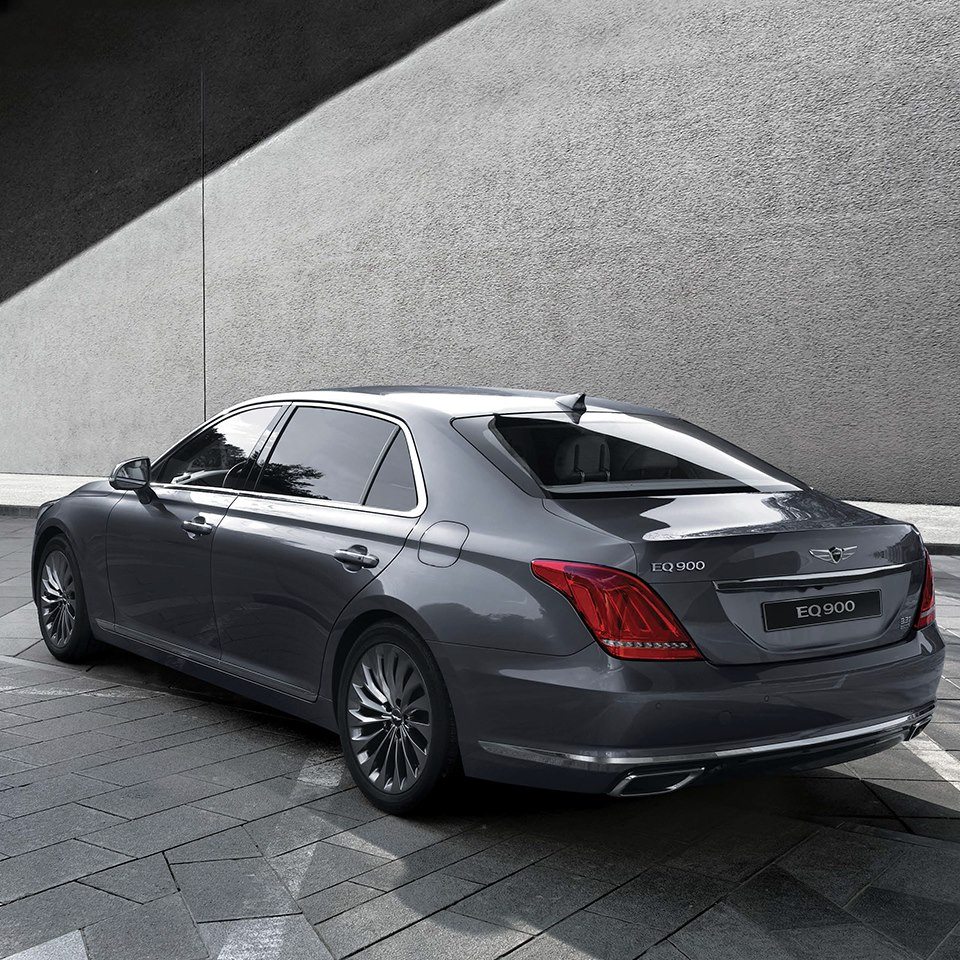 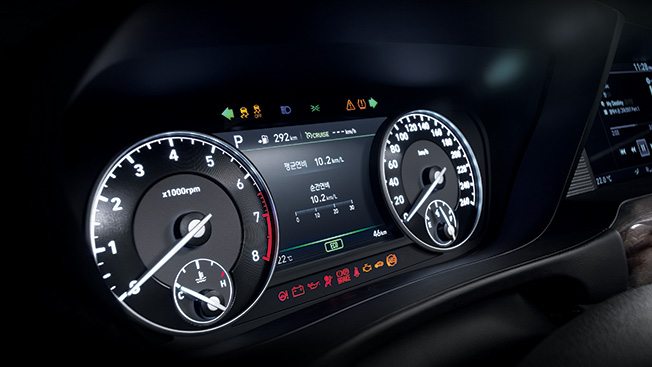 The interiors include specially developed semi aniline leather for the seats apart from Nappa leather and glossy real wood featured on the rest of the interior. A 12.3 inch HD screen sits on the center console which is an example of the abundance of features available on the G90. The display is connected to the car’s infotainment system and a one megapixel camera is present for the increased convenience in parking apart from a Lexicon sound system that boasts of Quantum Logic surround sound. 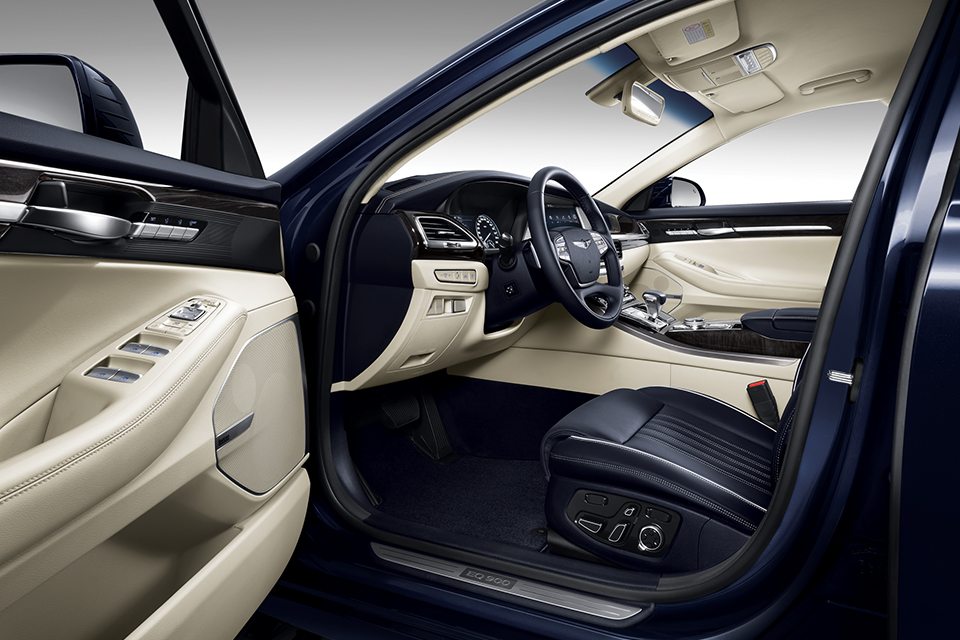 A 22 way adjustable seat and a Smart Posture Caring (SPC)  has been engineered as a first by Hyundai that minimizes the stress on the body for a comfortable journey for the driver. A center console in the middle divides the rear cabin into two parts. Each side features a 9.2 inch screen, a wireless charging pad as a convenient option on the move and a separate climate control for the 3 different zones in the car. 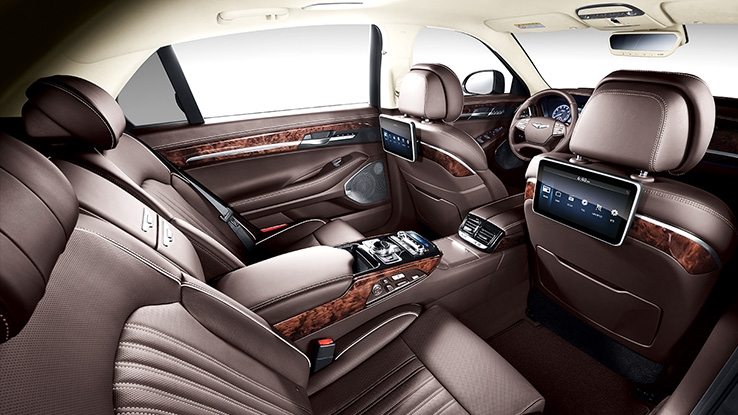 Safety features, apart from the Highway Driving Assistance System that will be available only in Korea include 9 airbags, Advanced Smart Cruise Control, Lane Keep Assist, Autonomous Emergency Braking (AEB) with Pedestrian Detection, Blind Spot Detect and High Beam Assist. NVH levels are supposed to be quite low courtesy the multi-link suspension setup at both the front as well as the rear. A special hollow design features on this premium car helps minimize the tyre noise. 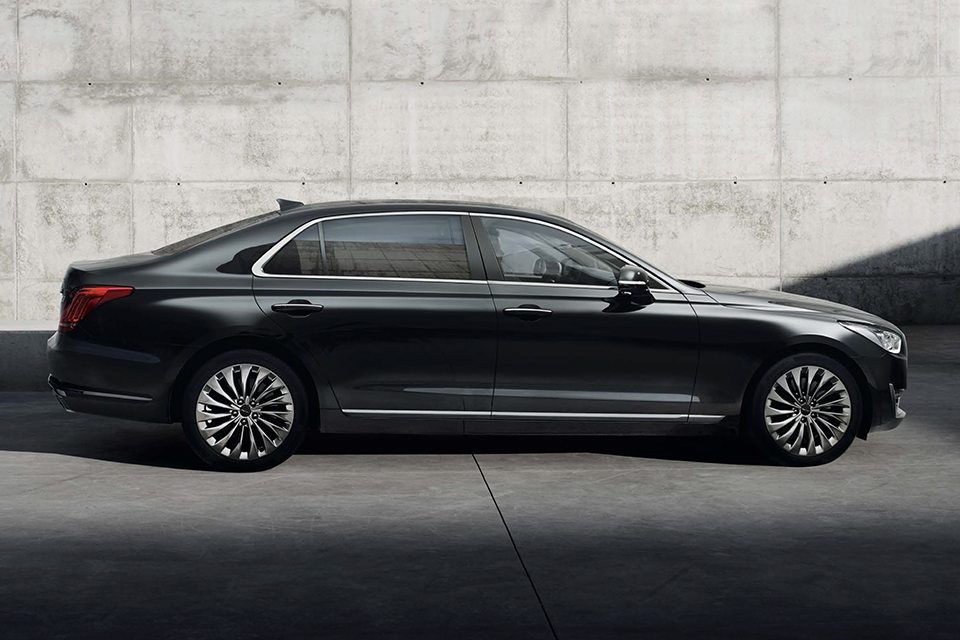 Do you think the G90 is good enough to stand up to the S-Class? Will Genesis create history for Hyundai by going up against the best cars of the world?

Write down your veiws through the comments section or tell us through our various social media channels.