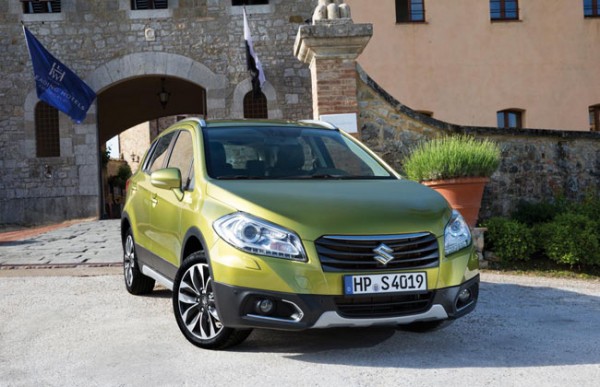 The new gen 2014 Suzuki SX4 crossover has been in news ever since its Japanese automaker first previewed the S Cross concept. While all the speculations and doubts regarding the new SX4 were put to rest back when Suzuki unveiled the production spec car, there has always been some confusion regarding the complete name of the car.

It has now emerged that the new SX4, which will soon go on sale in Europe, will be called as the new Suzuki SX4 S-Cross. As is obvious, the new SX4 gets the “S-Cross” label from its concept model.

We aren’t too surprised to see the addition to the car’s branding. It may be noted that Suzuki needs to instill a sense of freshness in minds of target customers to project the new car as more premium and upmarket. Talking about the name of the car. Dale Wyatt, sales and marketing director of Suzuki’s UK said,”We have sort of won the battle. It will be badged as the SX4 S-Cross, although the SX4 bit will be much smaller.”

The 2014 Suzuki SX4 S-Cross is underpinned by a  new platform and is larger than the old car. The car also boasts of a completely new styling that is certainly more appealing than that of the old car. The new SX4 will go on sale with both petrol and diesel engines. The petrol engine has a cubic capacity of 1.6 litres and boasts of a max power of 120bhp, with max torque pegged at 150 Nm. The diesel motor too displaces 1.6 litres and comes from Fiat Multijet family of motors.This engine has a max power of 120bhp and peak torque of healthy 320 Nm.