Following earlier reports of a face-lifted Bajaj Platina in the pipeline, a prototype has been spied testing for the first time. With all the recent launches and buzz from Bajaj, the Platina, it’s oldest commuter brand had been overshadowed. Since its introduction in 2006 the Bajaj Platina has been soldiering on without any major update. Competition has been steadily getting fiercer with models like the updated Hero Splendor/ Passion, and the new Honda Dream Neo/Dream CD 110 challenging the old Platina. 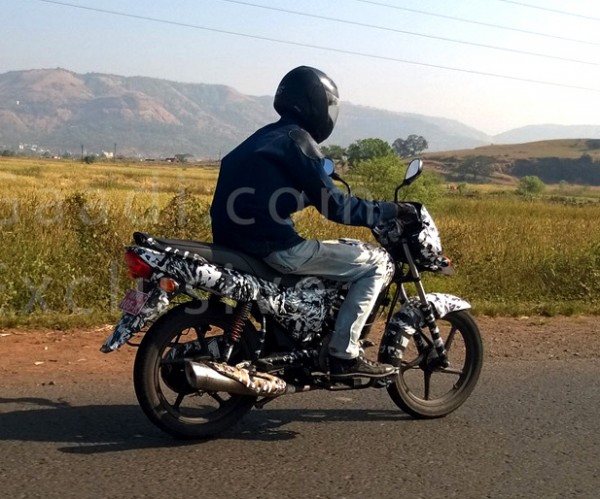 The prototype was caught testing along side the current generation Platina, and one can see that very little has changed, apart from a new exhaust canister, which might point out to an engine update. The Bajaj Platina, in it’s current generation, benefits from a 99.3cc single cylinder, air-cooled engine which is capable of producing 8.2PS of power at 7,000rpm and 8.1Nm of torque at 5,000rpm- expect major fuel efficiency boosting updates to the power-plant, apart from a tad more power.