It has emerged that Bajaj Auto Ltd has silently released a set of new colour options for the Bajaj Pulsar 180 motorcycle. Other than this new set of colours, the bike remains mechanically unchanged and continues to be powered by the same 180cc single cylinder engine that has a max power of 17PS and peak torque of 14Nm. The new Bajaj Pulsar 180 colours list includes:

So far, Bajaj Auto Ltd hasn’t announced if the existing set of colour options would continue to be available. The Bajaj Pulsar 180 was first launched way back in 2001, and while the bike has been through a set of comprehensive updates, it still comes across as dated and lacks rather terribly in some areas. If several spy pics are anything to go by, the bike maker is already working on the next generation Pulsar 180, with the new bike addressing all the flaws of the current model. The upcoming model will be based on the Bajaj Pulsar 200NS and hence, would benefit from an all new frame, suspension and street naked styling. It is expected that the upcoming Bajaj Pulsar 180NS would be powered by a new gen 180cc engine that would have a max power of around 18.5 PS and a peak torque of around 17Nm. There is a good probability that the bike’s engine would boast of a four valve head and higher levels of refinement. Nothing concrete is currently known about the upcoming next gen Bajaj Pulsar 180 but stay tuned to Motoroids for more updates on the upcoming Bajaj Pulsar 180 generation 2.0. 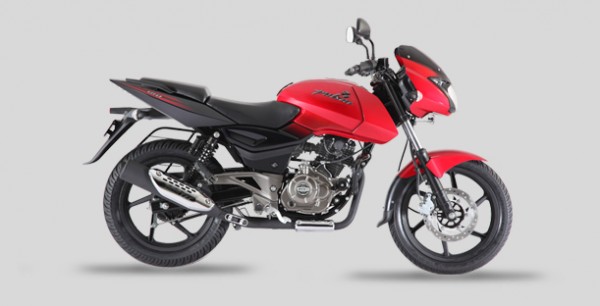 — An image of the current Bajaj Pulsar 180