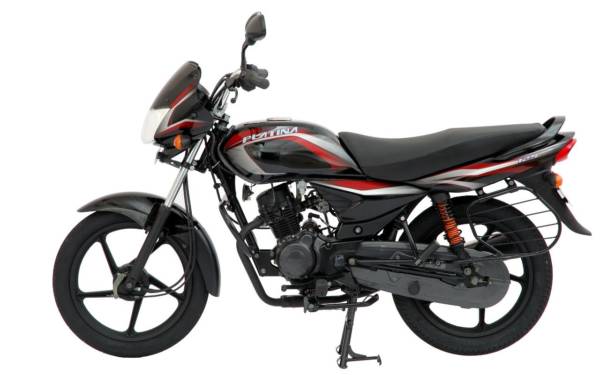 Bajaj seems to be chewing off a lot from the premium commuter pie with the successful, new Discover 150 twins. Now Bajaj plans to give its basic commuter, the Platina a complete make-over to grab some more pie. With all the recent launches and buzz from Bajaj, the Platina, it’s oldest commuter brand had been overshadowed. Since its introduction in 2006 the Bajaj Platina has been soldiering on without any major update. Competition has been steadily getting fiercer with models like the updated Hero Splendor/ Passion, and the new Honda Dream Neo/Dream CD 110 challenging the old Platina.

All that is set to change as recently Rajiv Bajaj, Managing Director, Bajaj Auto stated that company will have two significant launches in the premium commuter and commuter segment in the next couple of months – the latter signifies that Bajaj is working on a revamped Platina or a new basic commuter, while the former refers to the highly anticipated Pulsar 200 SS. The Bajaj Platina, in it’s current generation, benefits from a 99.3cc single cylinder, air-cooled engine which is capable of producing 8.2PS of power at 7,000rpm and 8.1Nm of torque at 5,000rpm- expect major fuel efficiency boosting updates to the power-plant, apart from a tad more power.