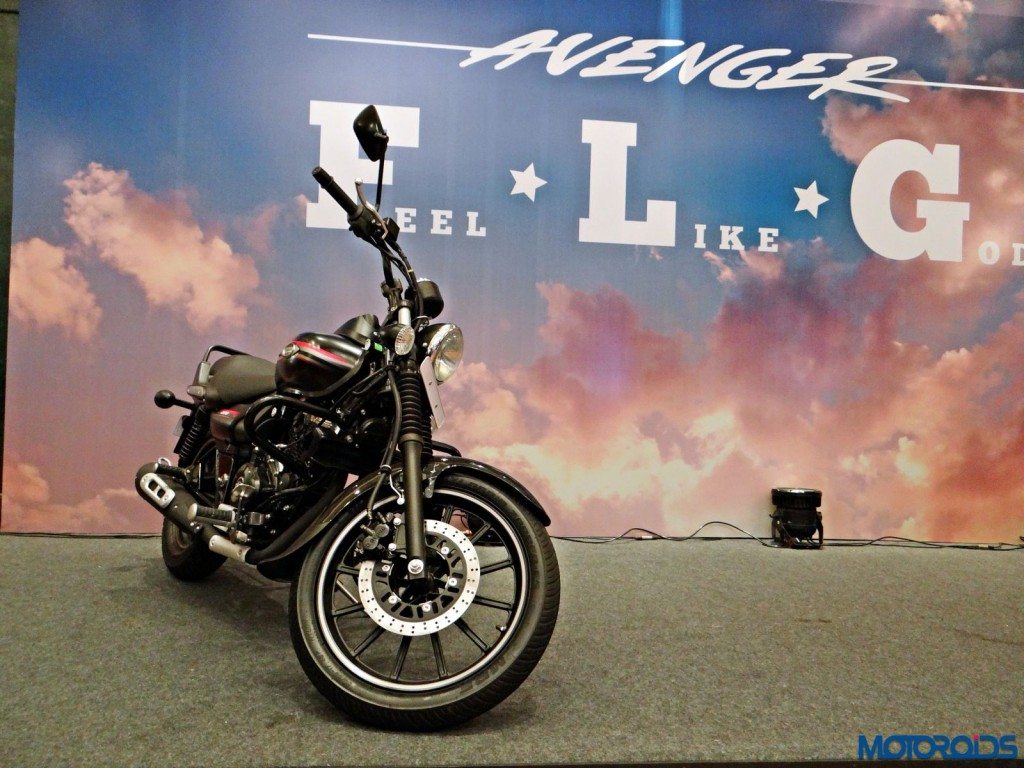 The new, cosmetically enhanced range of Bajaj’s econo-cruiser, the Avenger, has been launched in India, much to the excitement of some and to the disappointment of a lot more. Bajaj Auto unveiled three new Avenger motorcycles – the Avenger 220 Cruise, 220 Street & 150 Street. The new Avenger 220 Cruise retained much of the characteristics of the classic cruiser but the real show-stopper was the all new Avenger Street duo.

Designed for easy city riding, the new Avenger Street range drops almost all the chrome, and with the black alloy wheels, looks suspiciously identical to the Harley-Davidson Street 750 Dark Custom. The new Bajaj Avenger Street range comprises of two models – the Avenger 220 Street and 150 Street, the latter being aimed to bring a cruiser experience to the large set of emerging 150cc users. 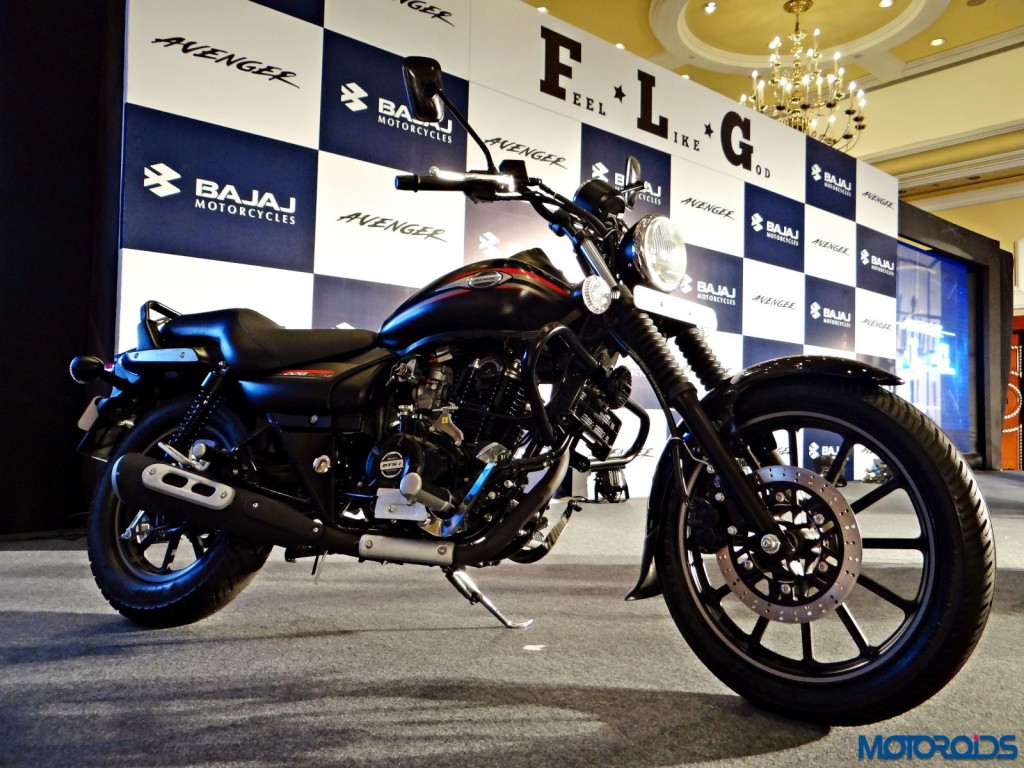 The Avenger 220 is propelled by Bajaj’s 220cc DTSi engine that churns out 19 PS of power and 17.5 Nm of torque. The 220cc variant of the bike comes with oil cooler to help the engine maintain engine oil temperature and viscosity irrespective of external riding conditions. The Avenger 150 Street’s engine, on the other hand, is a 150cc DTSi, which has been slightly re-tweaked to suit the cruiser character of the motorcycle. The 150cc motor delivers 14.5 PS of power and 12.5 Nm of torque which is claimed to have been enhanced for better low and medium rev performance. 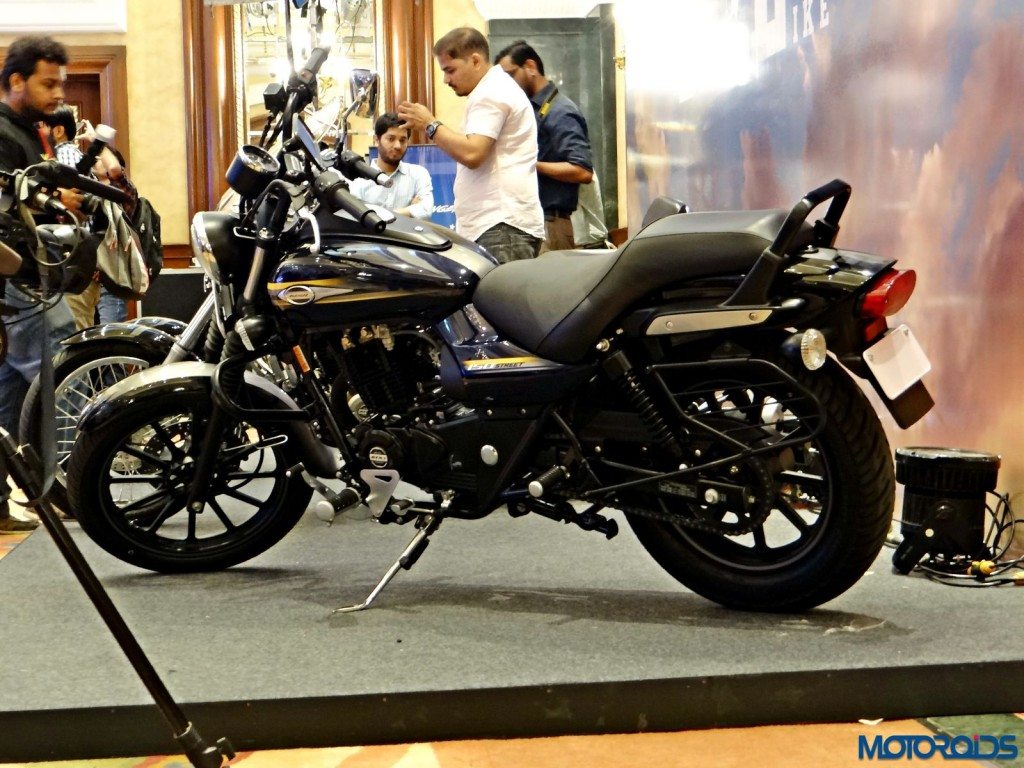 Here are some changes that are common on both – Street and Cruise – Avenger motorcycles: 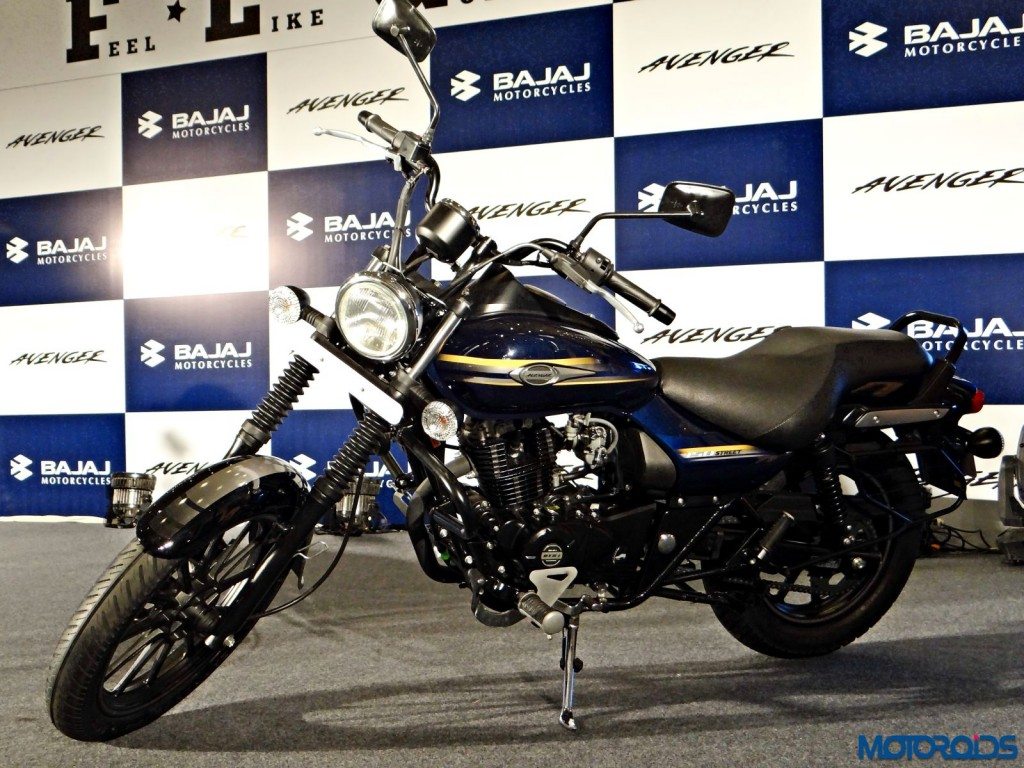 Here are some claimed features that are specific to the 150 Street:

Meet the new Bajaj Avenger 150 Street and 220 Street in detailed images below: 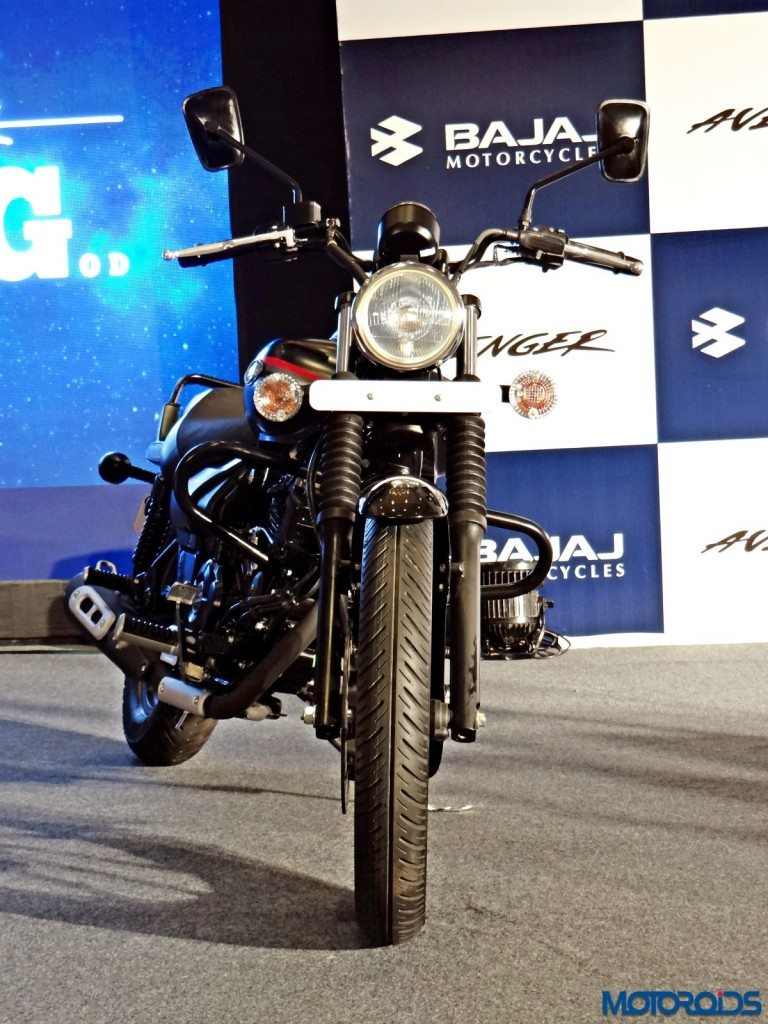 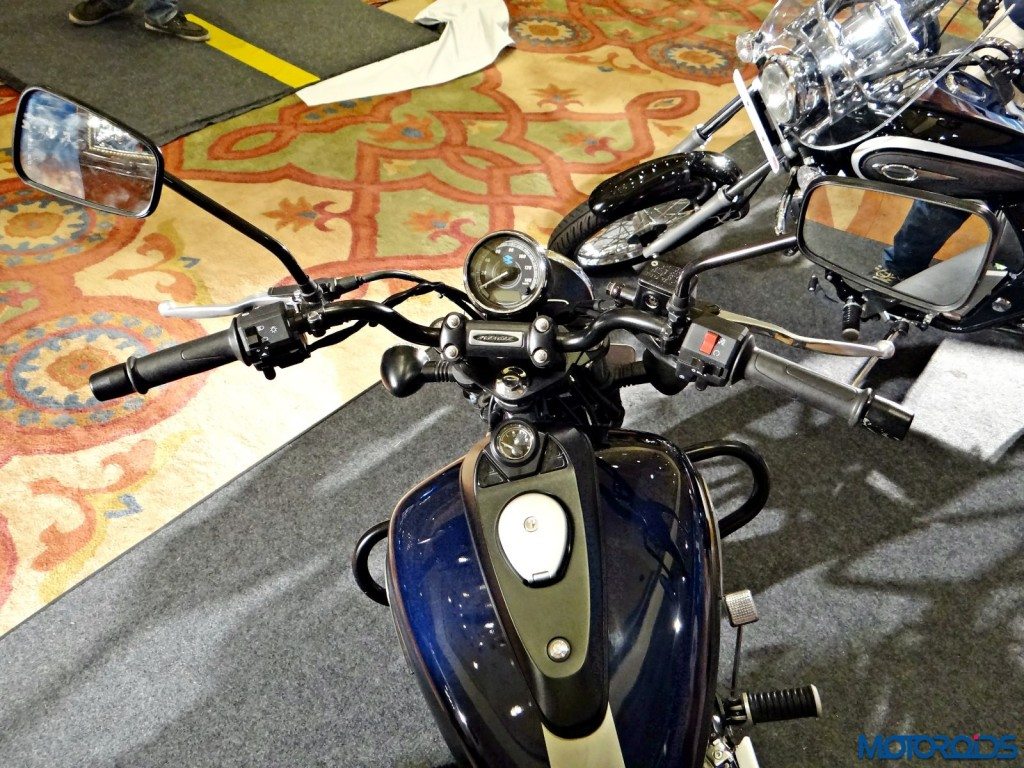 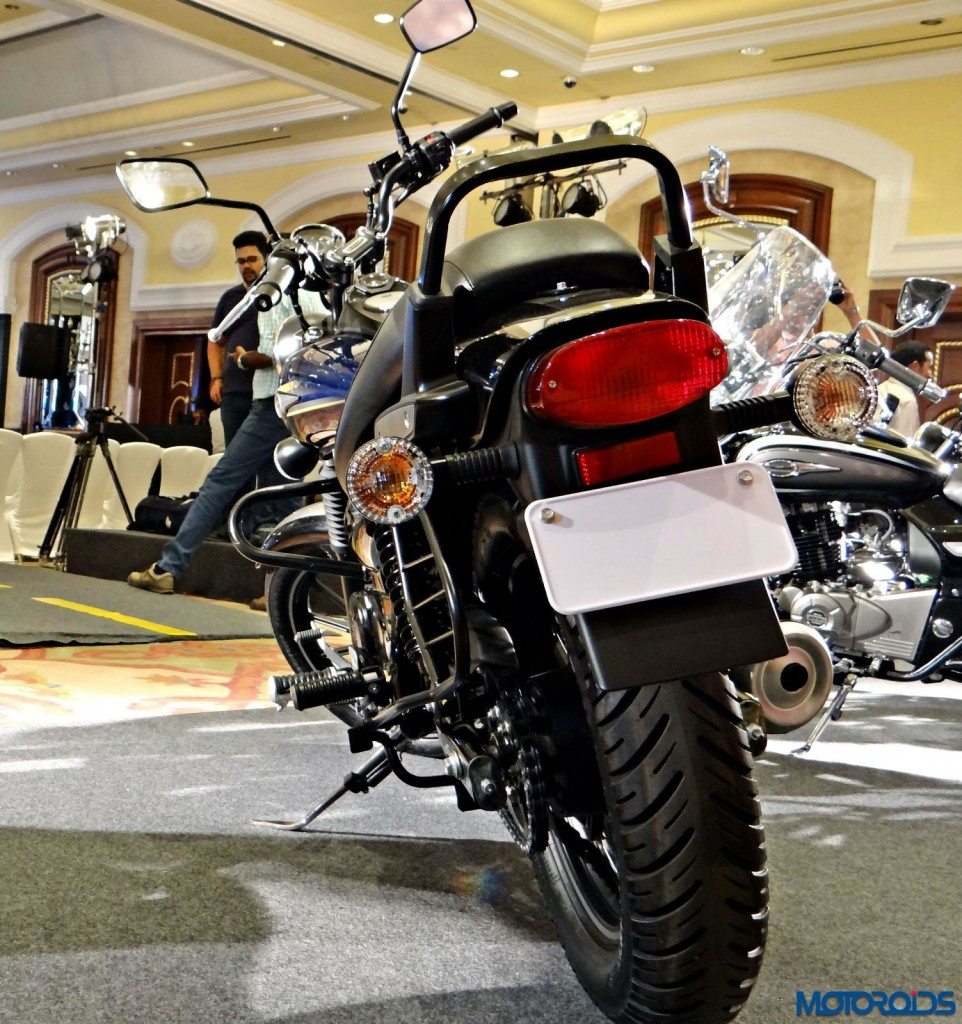 The Street series does not get a pillion backrest 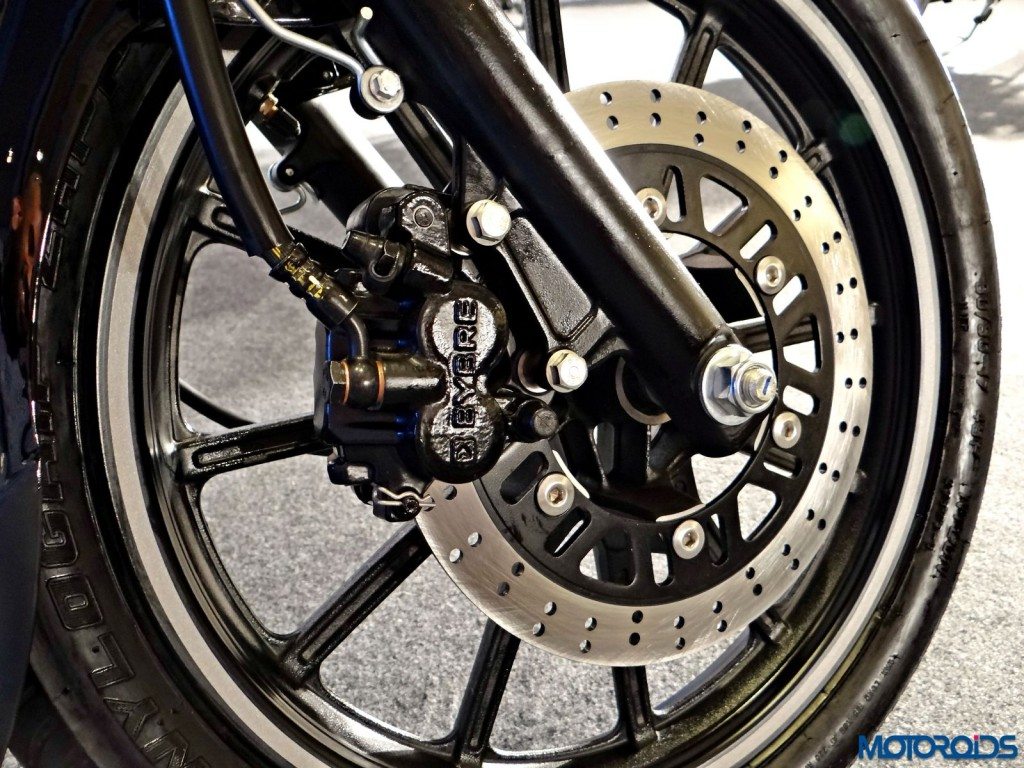 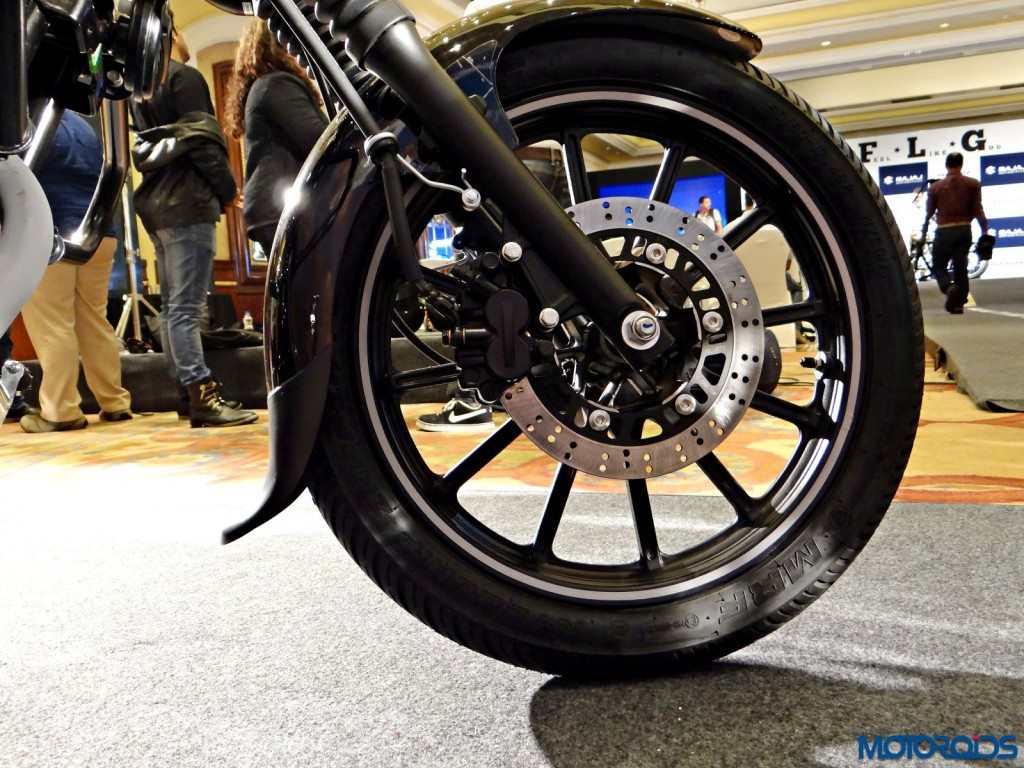 Any guesses which wheel belongs to the 150 / 220 Street? The 220 Street in the picture above comes with a slightly bigger disc brake upfront (260mm) than the 150 Street (240mm) in the image showing the ByBre brand 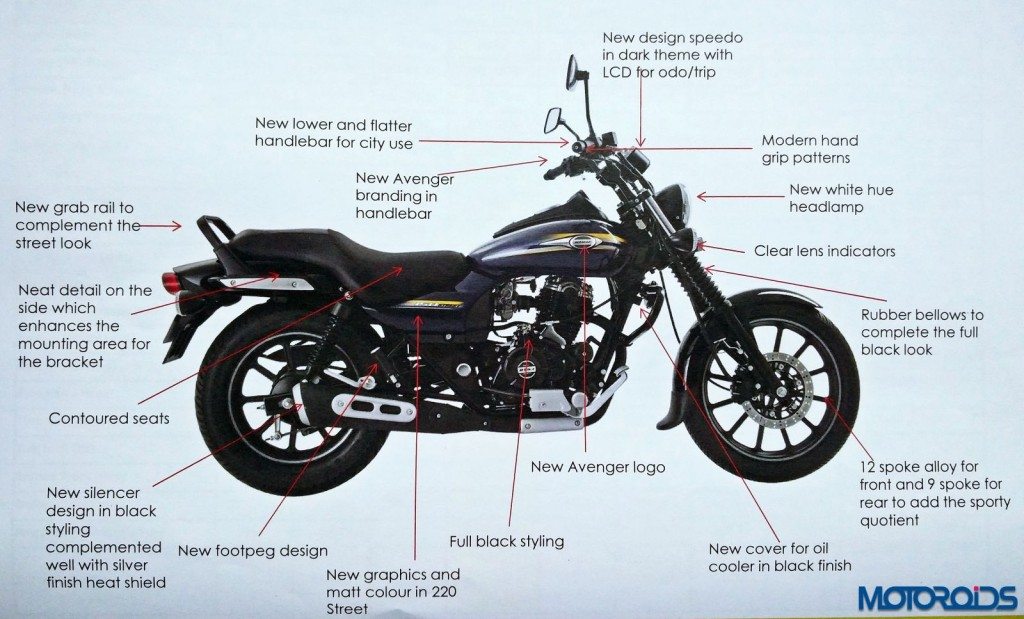 Bajaj expects that by bringing in an additional style variant such as the Street, and by offering a 150cc capacity motor, the company will expand the cruiser segment. With the new Avenger models joining the Pulsar range, Bajaj Auto hopes to strengthen the product offerings to discerning customers in the Indian market.