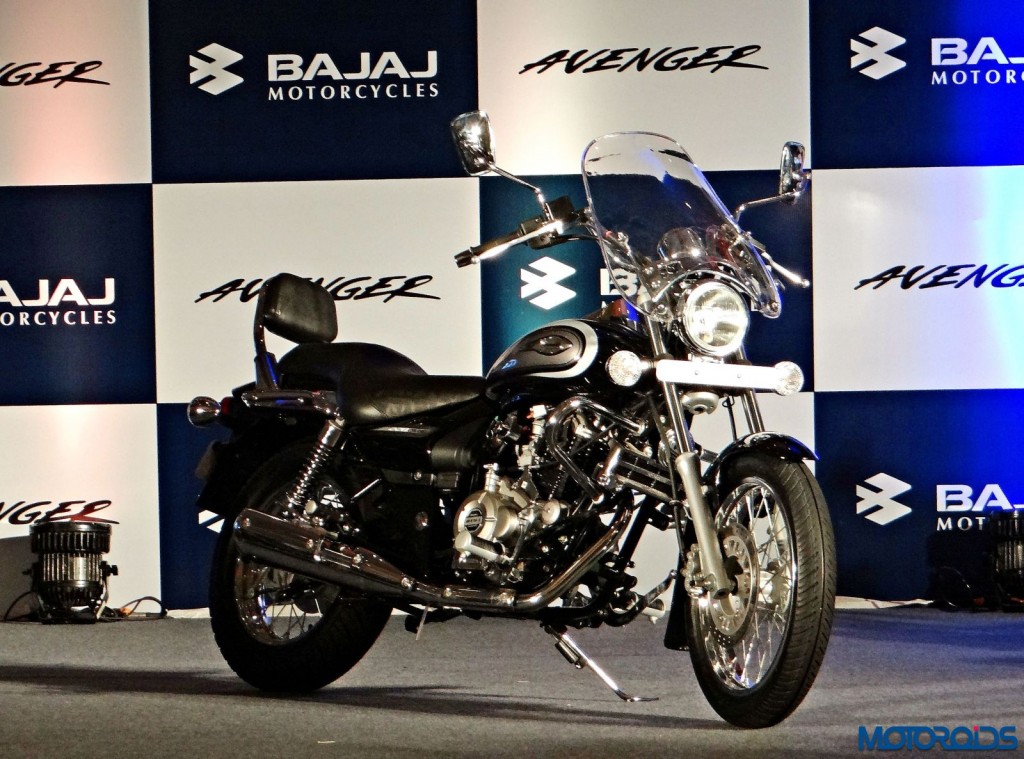 The Bajaj Avenger econo-cruiser received a cosmetic upgrade, and a smaller displacement variant, as the Indian two-wheeler major launched the new range – the Avenger 220 Cruise, 220 Street and 150 Street.

The upgrades were limited to aesthetic only as the new Avenger 220 series continues to draw power from the same 220cc DTS-i engine that puts out 19PS of power and 17.5Nm of torque. We had a thorough look at these new products and here are our initial thoughts – First up is the new Bajaj Avenger 220 Cruise. 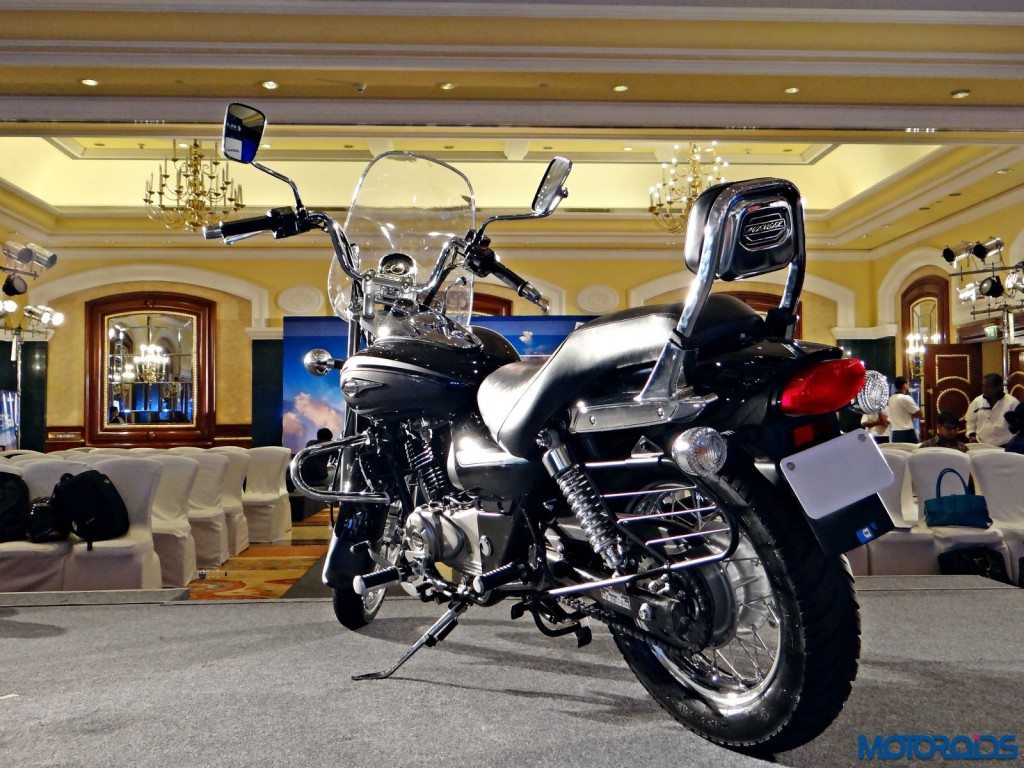 The new Avenger 220 Cruise, aesthetically, retains the same bodywork as the outgoing model but now comes equipped with a 3-D logo that sparkles on the fuel tank, along with a new set of graphics. The new logo on the 2015 Avenger 220 Cruise may remind you of the first generation Indo-Japanese cruiser, the Kawasaki-Bajaj Eliminator that rolled on the streets of India in the early 2000’s but a close inspection reveals that this is an all new logo that has been developed for the new generation econo-cruiser, with the “Avenger” tag carved on it. 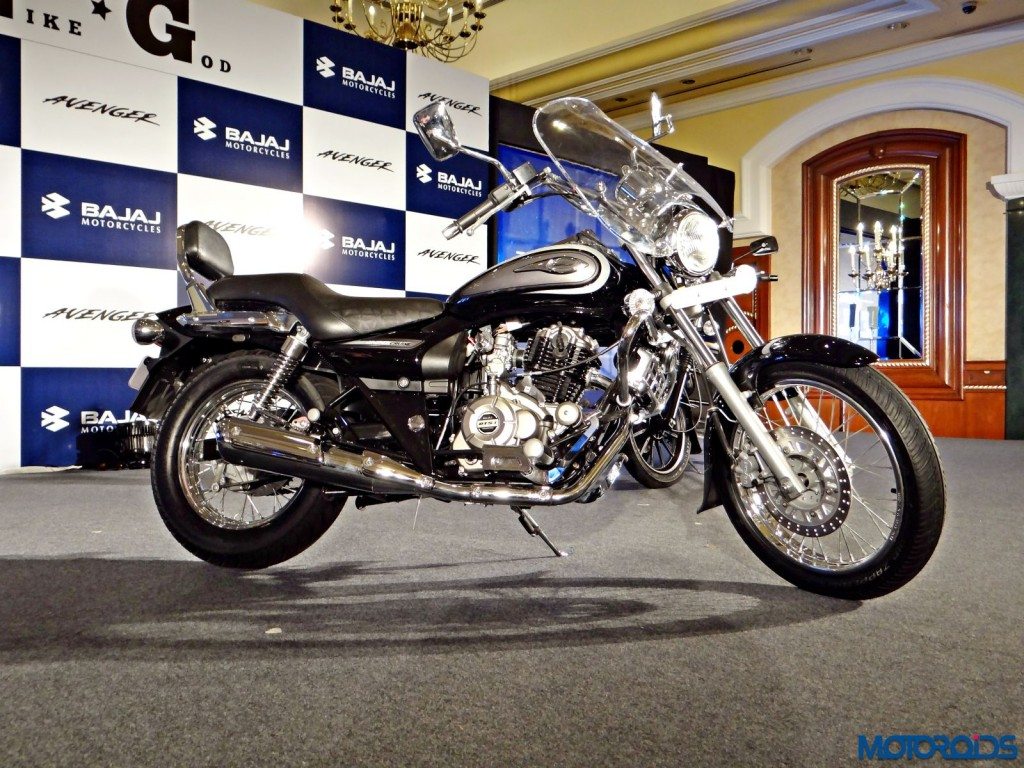 Besides the updated graphics and a redesigned exhaust, there aren’t any major changes to the Bajaj Avenger motorcycle 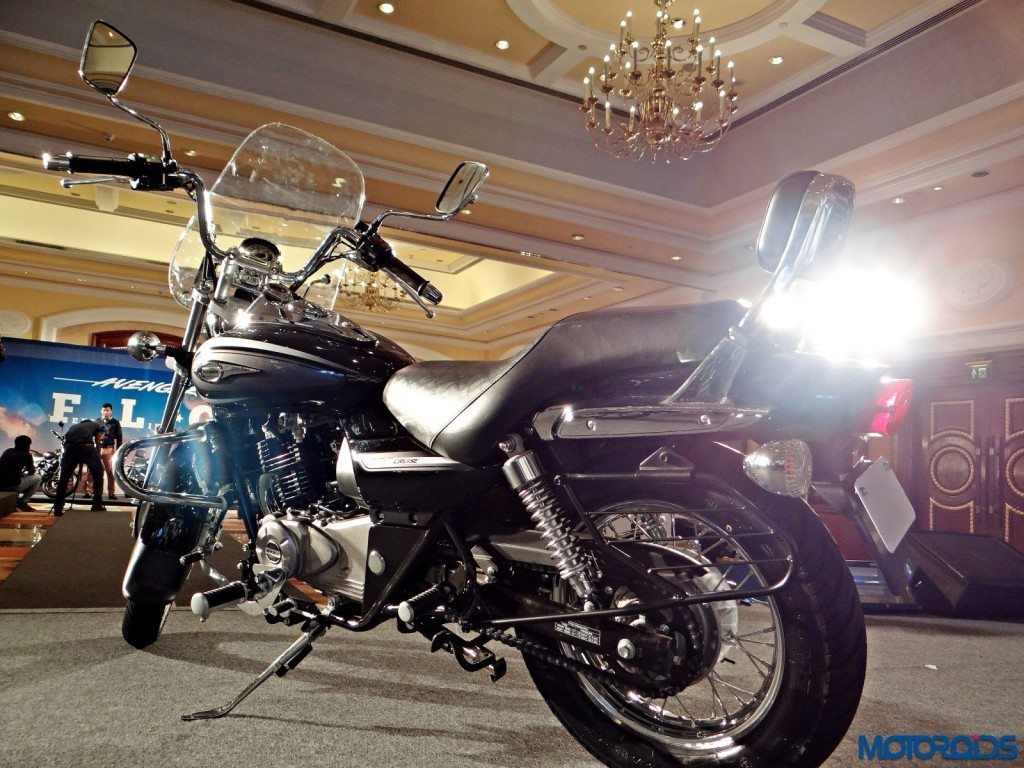 The new Avenger comes with an increased seat height of 15mm 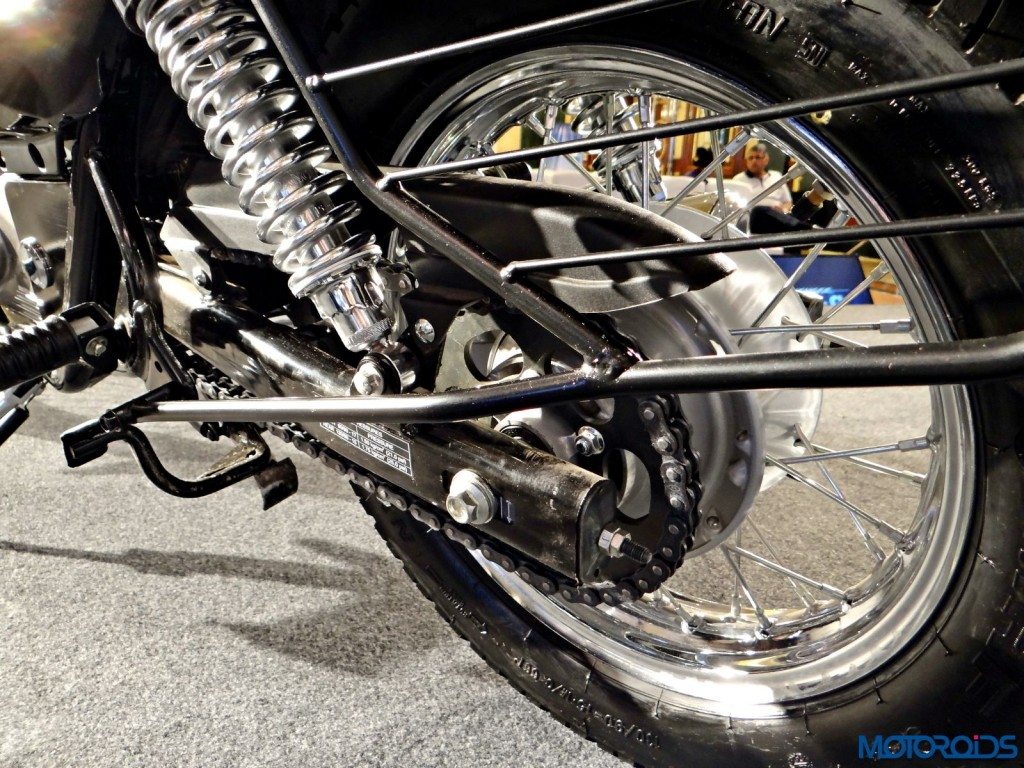 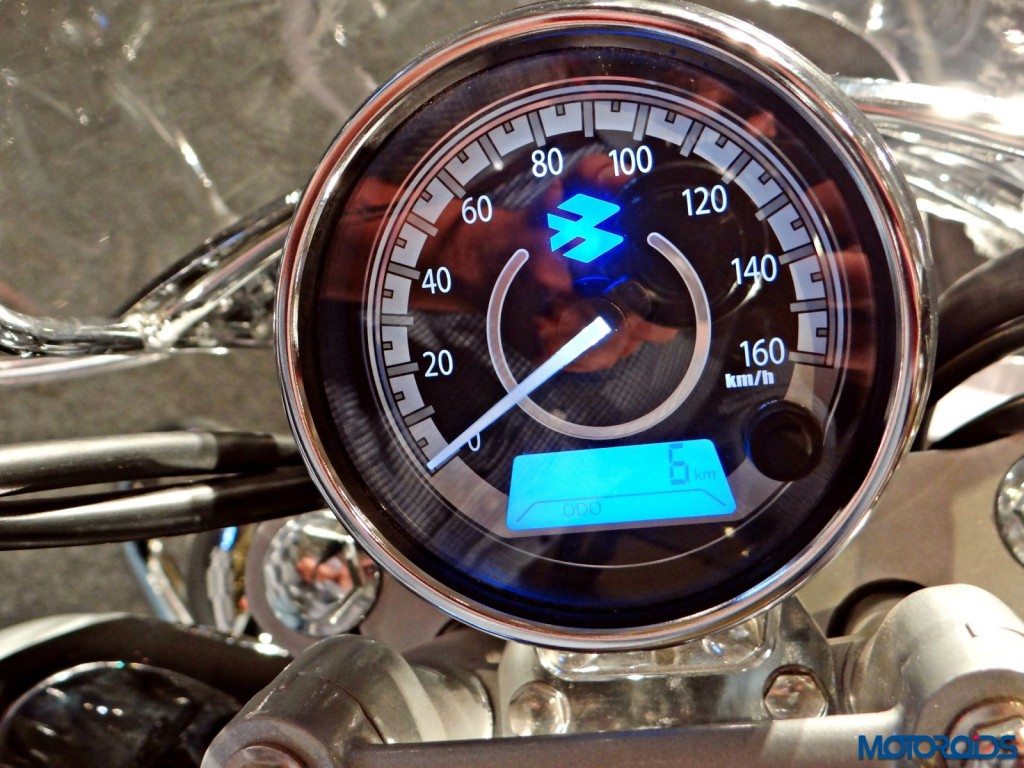 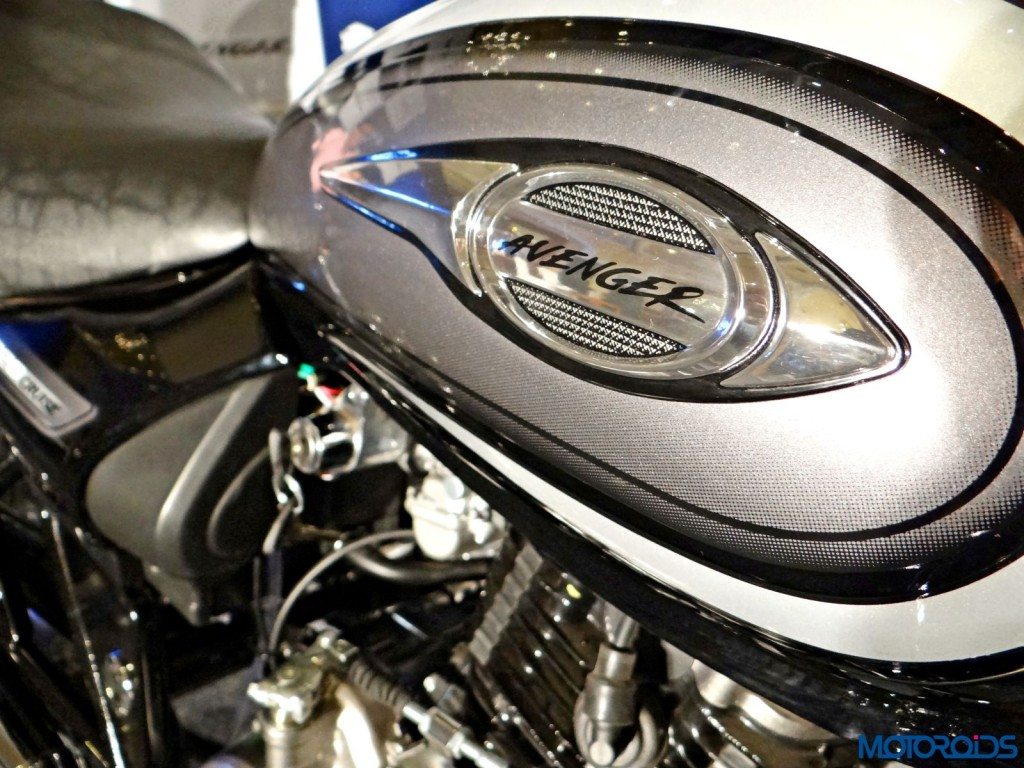 The new Avenger logo can be seen on the fuel tank, along with new graphics 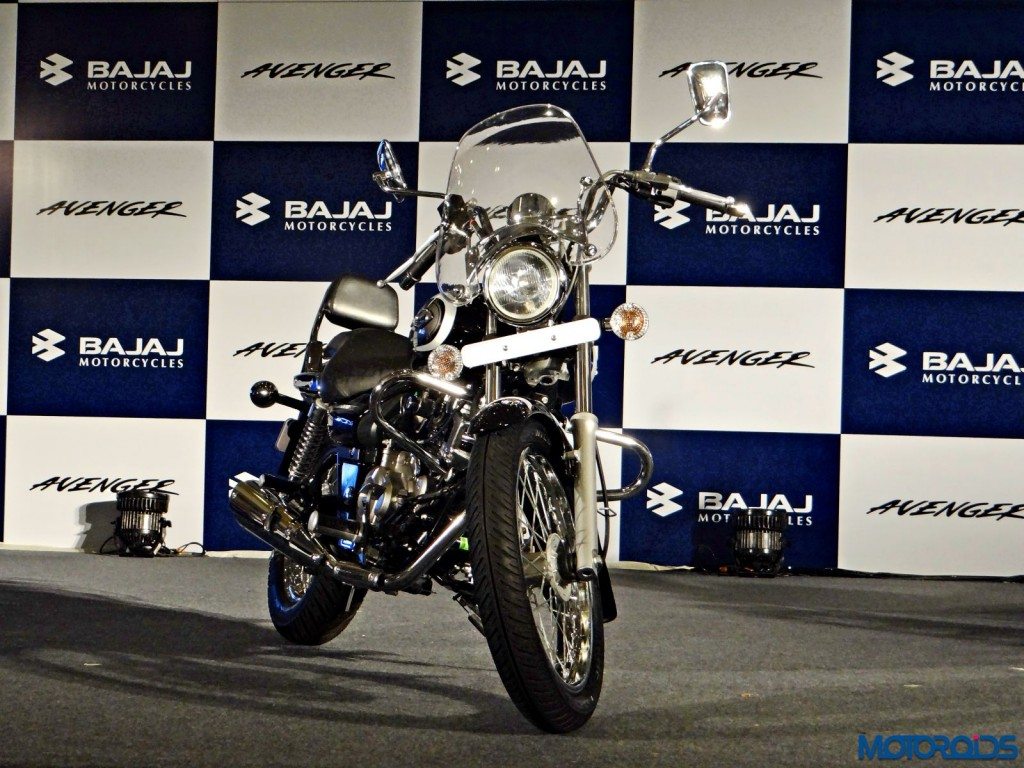 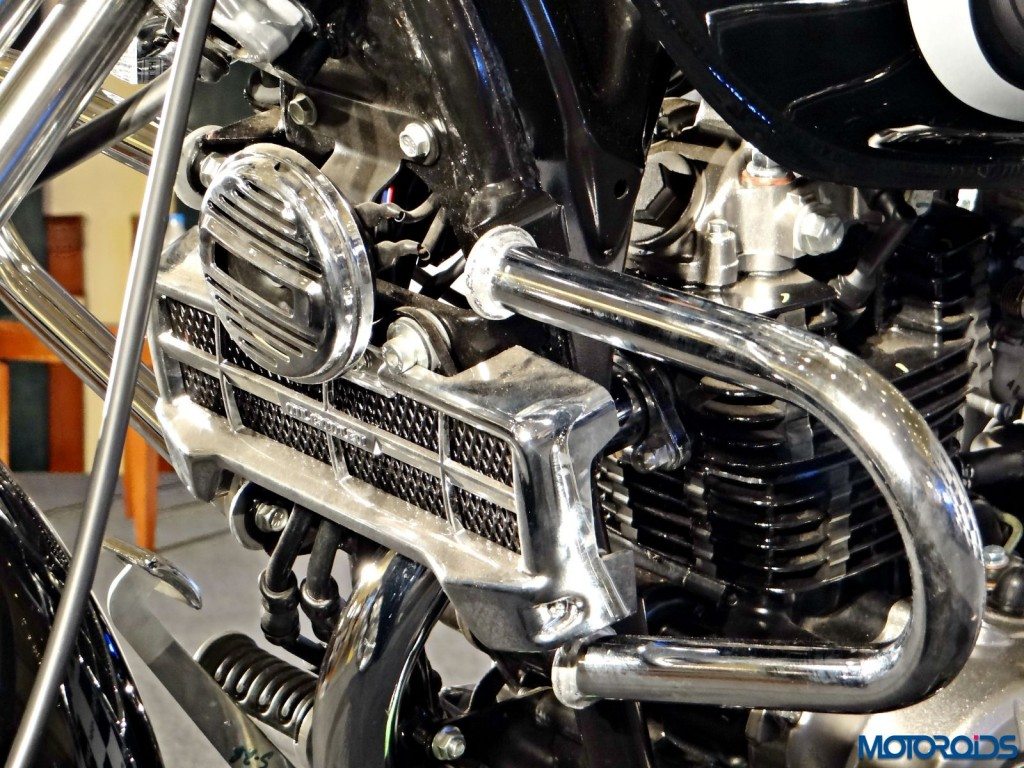 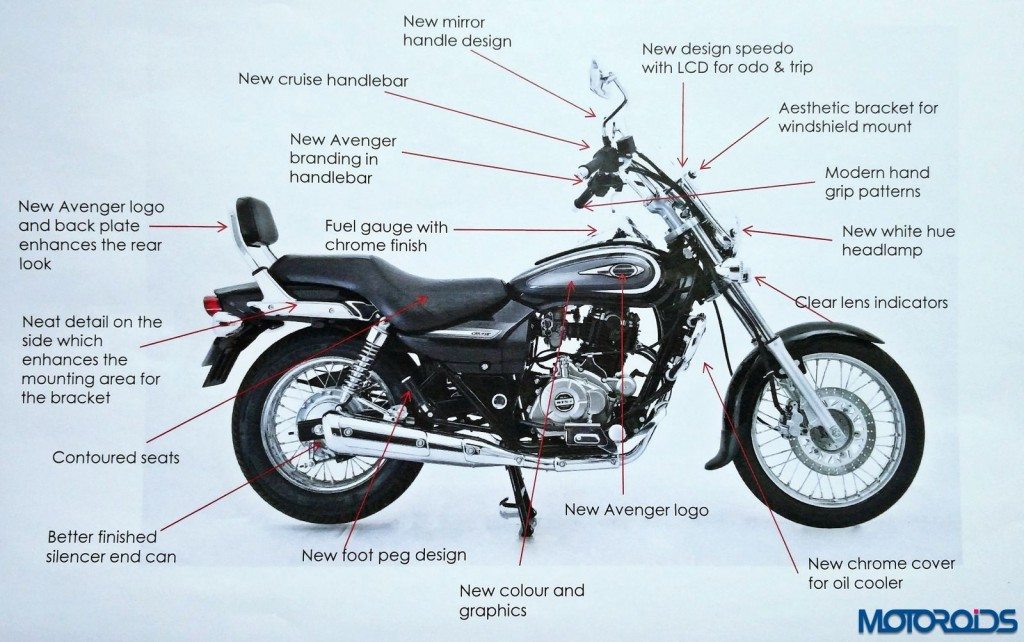 Here are some changes that are common on both – Street and Cruise – Avenger motorcycles:

The Avenger 220 Cruise gets a liberal dose of chrome highlights on the new radiator, redesigned side grabs, silencer and an all new handlebar. The Avenger 220 Cruise now comes with a raised seat-height, up by 15mm, which has been achieved by adding foam. An optional windshield can also be added to the package for a retro cruiser look.

The Avenger 220’s come packed with Bajaj’s tried and tested 220cc DTSi engine that delivers 19 PS of power and a claimed better low to mid-range grunt with 17.5 Nm of torque. The Avenger Cruise, along with the rest of the range will be manufactured at Bajaj’s motorcycle plant at Chakan near Pune and is priced at Rs 84,000 (Ex-Showroom Delhi).

Here is the complete image gallery and the technical specifications of the new 2015 Bajaj Avenger 220 Cruise. Do share your views about the new Avenger 220 Cruise with us through the comments section or via our social pages.