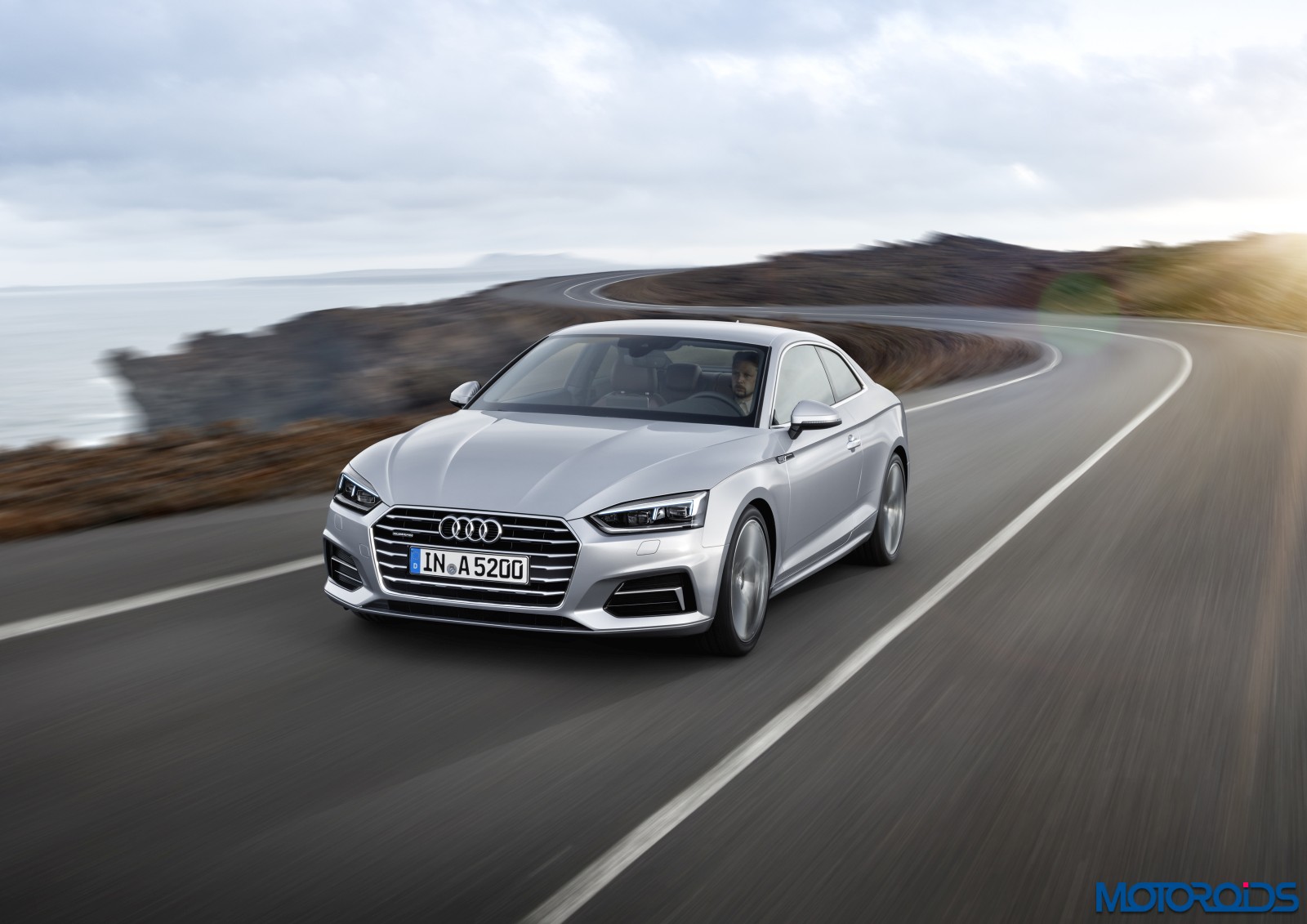 Audi has unveiled the all new A5 and S5 Coupe, latest two-door, four-seat cars for the global market. The new Audi A5 can be selected from two TFSI and three TDI engines, with outputs ranging from 190PS to 286PS. The turbocharged V6 TFSI, on the otherhand, in the all-new S5 Coupé delivers 354PS which propels the car from nought to 62mph in 4.7 seconds. The sharper S exterior design and the S-specific details in the interior of the S5 Coupé underscore the dynamic character of the Audi two-door sports coupé.

The all-new Audi A5 Coupé has undergone both a technological and visual transformation. The new Audi A5 Coupé sports a modern and honed look while staying true to its DNA with the dynamic and elegant character being passed down to the new version. The best example is the wave-shaped shoulder line that already characterised the previous model. The precisely sweeping line with pronounced bulges over the wheel arches emphasises all four wheels – a cue to the quattro all-wheel drive. 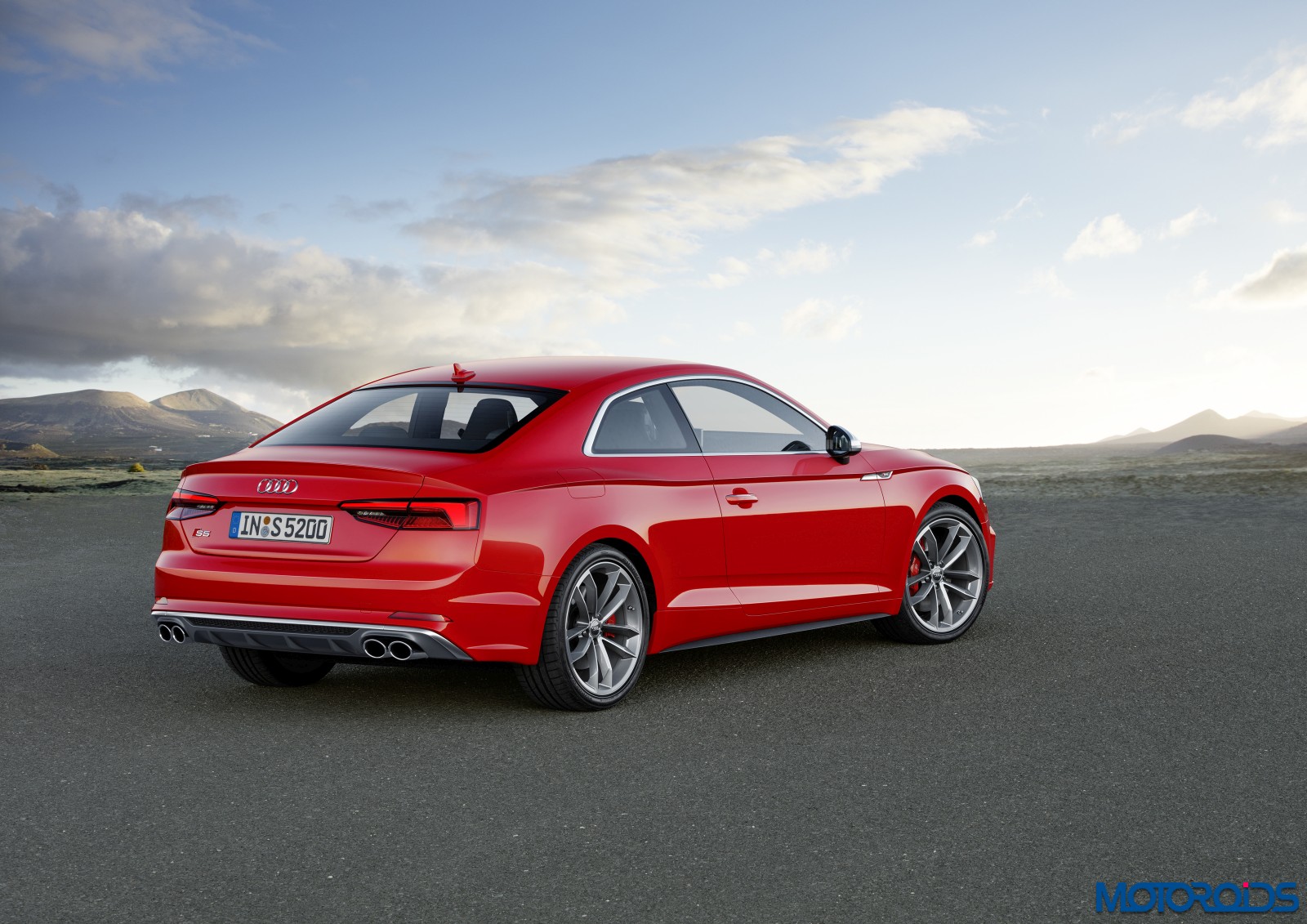 The long bonnet, the stretched wheelbase and short overhangs underscore the muscular presence of the new A5 Coupé while the sculpted Singleframe grille is flatter and wider than in the previous model. The LED rear lights and optional LED or Matrix LED headlights with dynamic turn signals make high-end technology visible even after dark.

Audi claimes that the A5 Coupé is significantly more efficient than its predecessor with reduced weight and an even more sophisticated aerodynamic design. The engineers were able to trim kerb weight by as much as 60 kilograms. With a drag coefficient of 0.25, the A5 Coupé is also the segment leader with respect to aerodynamics. 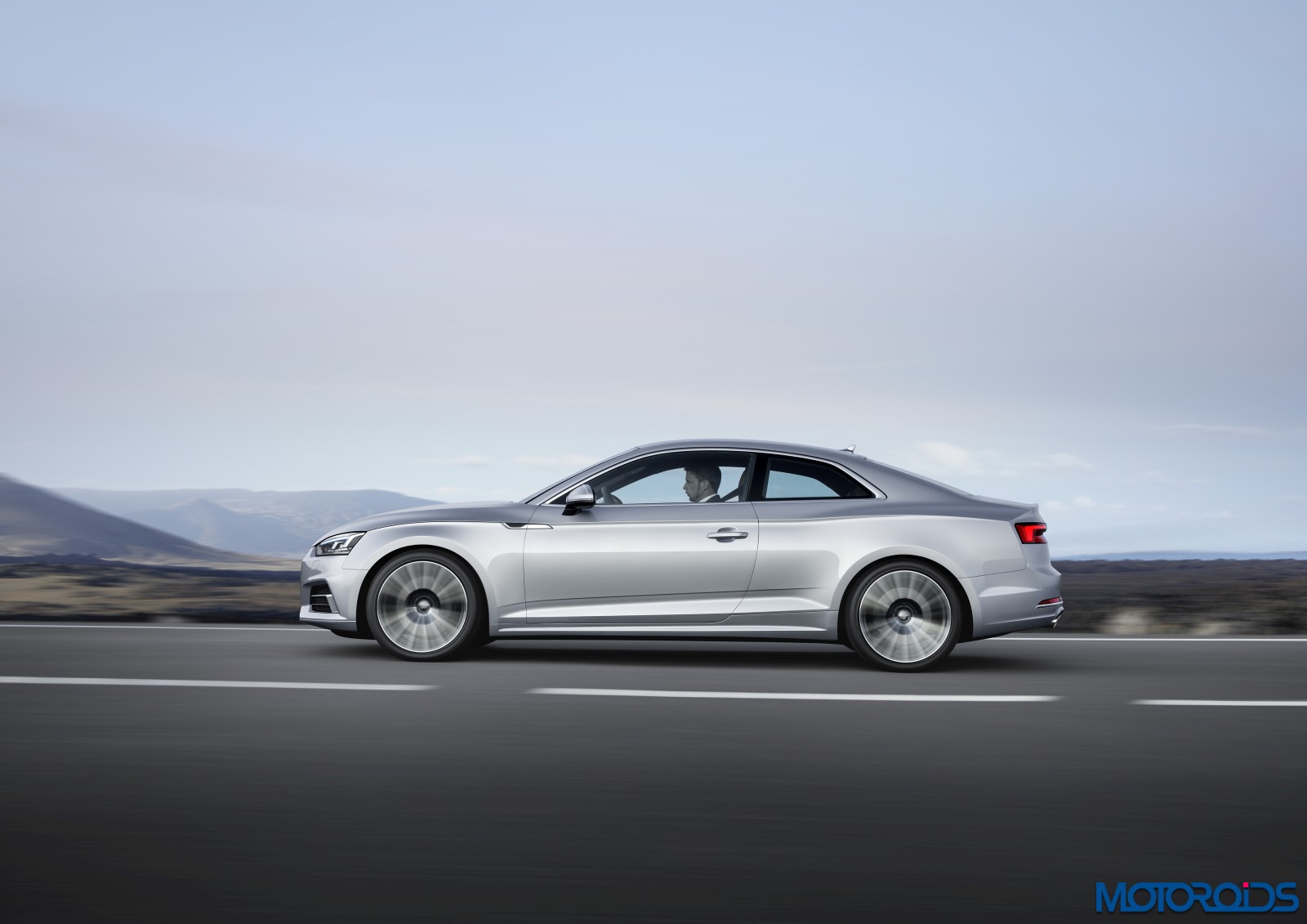 For the UK market, the new Audi A5 Coupé will be launched with five engines: two TFSI and three TDI units. Their power output has been increased and is now between 190PS and 286PS. Compared with the previous model, Audi claims, the new engines offer up to 17 percent more performance while consuming as much as 22 percent less fuel. Moreover, with its newly developed 3.0 TFSI, the Audi S5 Coupé is now in a league of its own. From its 2,995 cc of displacement, the boosted six-cylinder engine produces 354PS of power, which is 21PS more than the engine in the previous model.

The new Audi A5 Coupé comes with a drivetrain solution tailor-made for each engine variant. The manual six-speed gearbox and the seven-speed S tronic are used with the four-cylinder engines as well as the 218 PS 3.0 TDI with front- or all-wheel drive. The eight-speed tiptronic is reserved for the top diesel with 286 PS and the S5 engine. Both engines come standard with quattro all-wheel drive. Audi also offers the optional rear-axle sport differential for even more dynamic driving and precision. 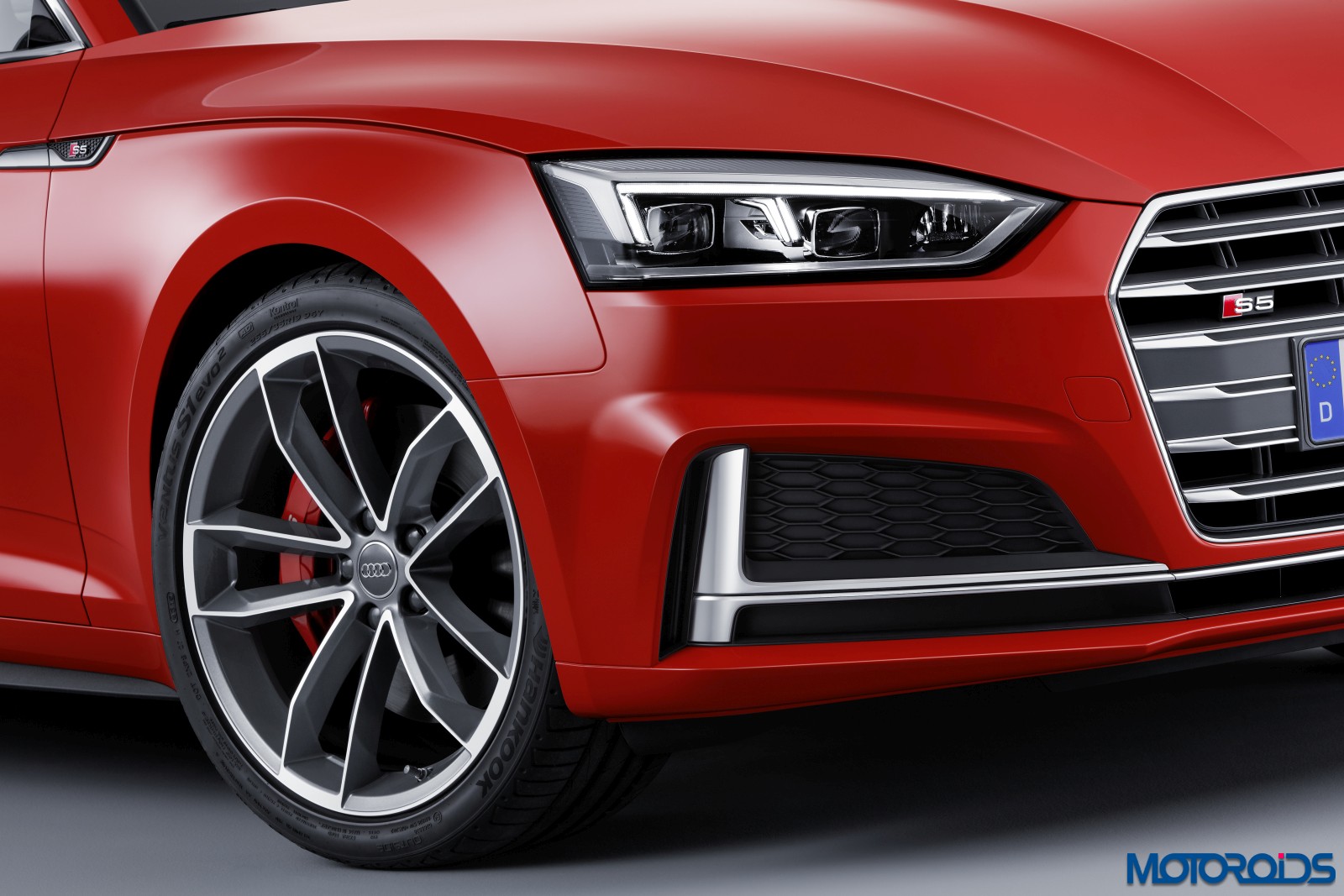 The new quattro with ultra technology that made its debut on the new Audi A4 allroad quattro 2.0 TFSI, is also available on the Audi A5 Coupé. At the moment it can be combined with the four-cylinder TFSI and TDI engines with manual transmission.

An intelligent combination of different technologies is aimed to enhance the safety, comfort and efficiency of the new Audi A5 Coupé. At the same time, Audi is also taking the next step toward piloted driving. Compared with the previous model, nearly all of the systems are either completely new or have been extensively updated. The predictive efficiency assistant helps the driver save fuel, Audi active lane assist helps keep the car on track in the driving lane, and the Stop&Go adaptive cruise control including traffic jam assist offers the driver relief in slow-moving traffic. 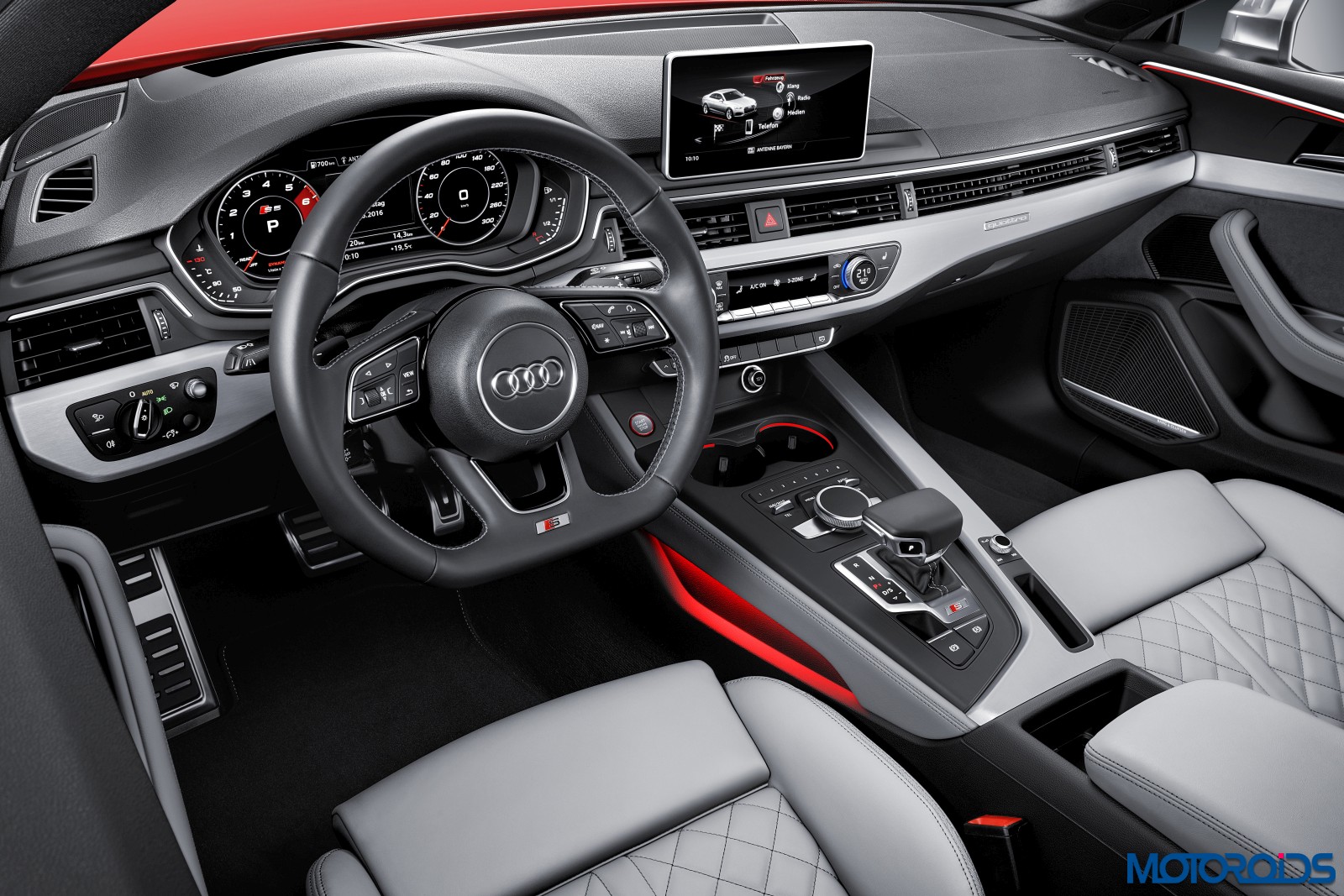 The new chassis is also one of the strengths of the Audi A5 Coupé. The new chassis has been designed to offer optimal comfort combined with a high degree of agility. Moreover, Audi offers a suspension with damper control as an option. This is integrated into the dynamic handling system known as Audi drive select, which enables the driver to modify the basic characteristic in multiple steps. A new electromechanical power steering setup adapts according to the vehicle’s current speed and with an aim to provide highly precise road feedback while the optionally available dynamic steering varies its gear ratio depending on the speed and steering angle. 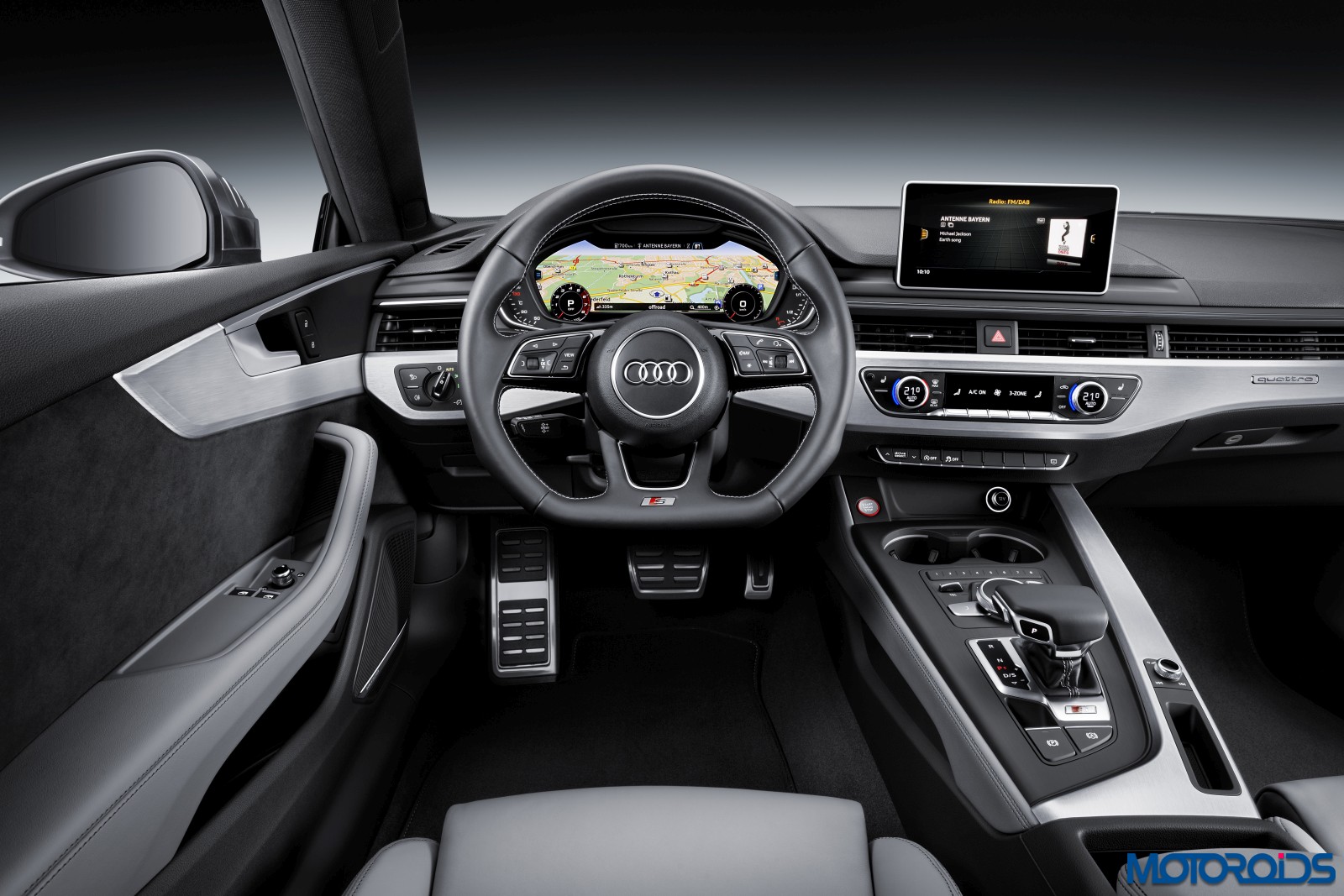 Interior benefits from the increased dimensions and longer wheelbase with generous space for driver and passengers. Optional ambient lighting highlights the interior with a choice of 30 adjustable shades. The acoustic comfort is almost that of a luxury class model. The rear seat has a 40:20:40 split and can be easily folded forward using levers in the luggage compartment. 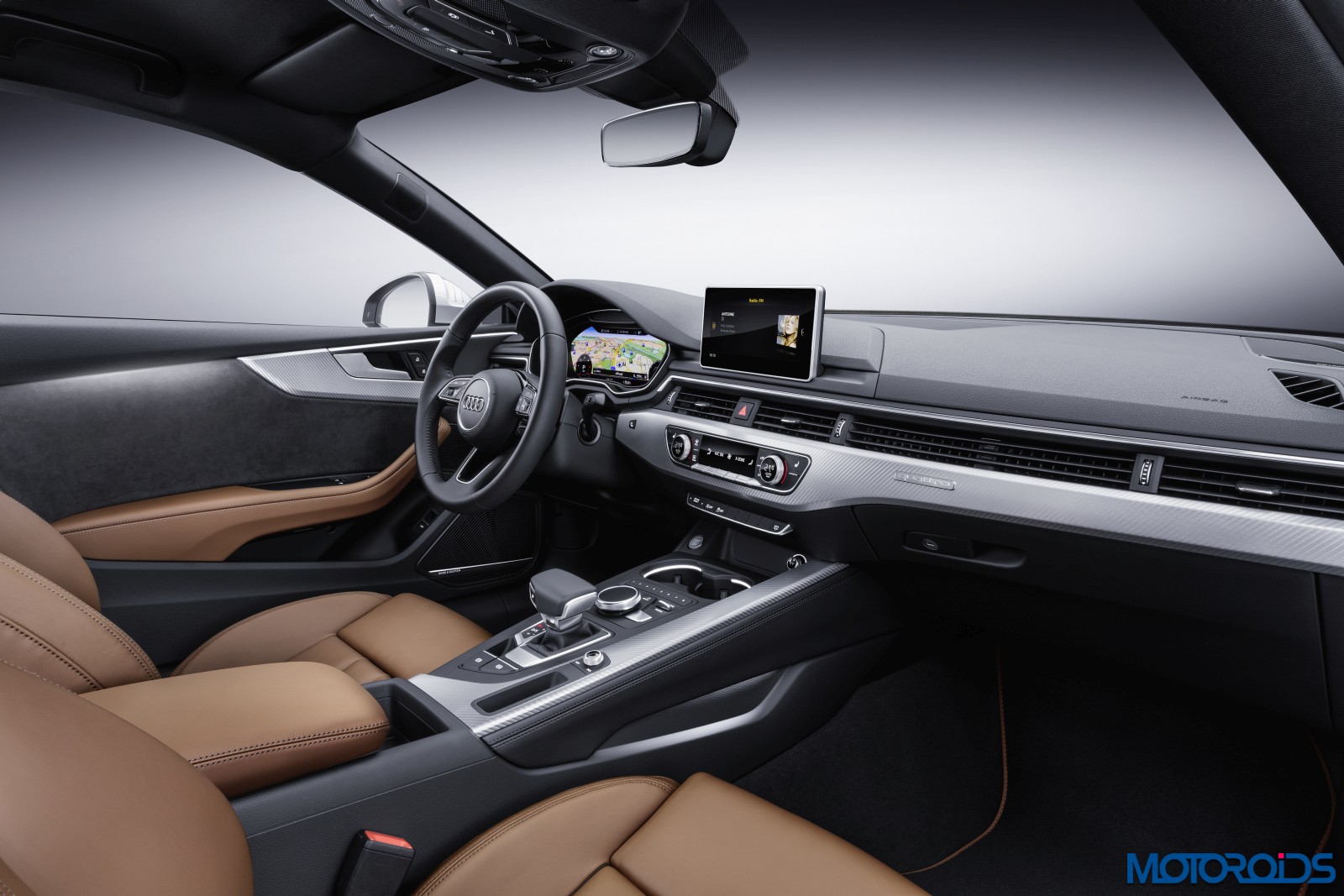 The A5 Coupé also gets the optional Audi virtual cockpit for the first time, a 12.3-inch TFT display with a resolution of 1,440 x 540 pixels. Together with the MMI navigation plus including 8.3-inch monitor on the centre console, it forms the central information unit. The focal point of the MMI terminal is the round rotary pushbutton. Its surface is home to the touch-sensitive touchpad. The touchpad is used to input characters and also for multifinger gestures, enabling the driver to zoom in on the map, for example. The new, more natural voice control system can recognise input made using everyday language, such as: “I would like to call Peter.”

When Audi connect is specified, a separate SIM card is permanently installed in the car with a flat rate data plan. The new Audi A5 Coupé uses this to connect to the Internet via the ultrafast LTE (4G) network. Use of the versatile Audi connect services is complimentary for three months, and can be extended via a subscription beyond this period. 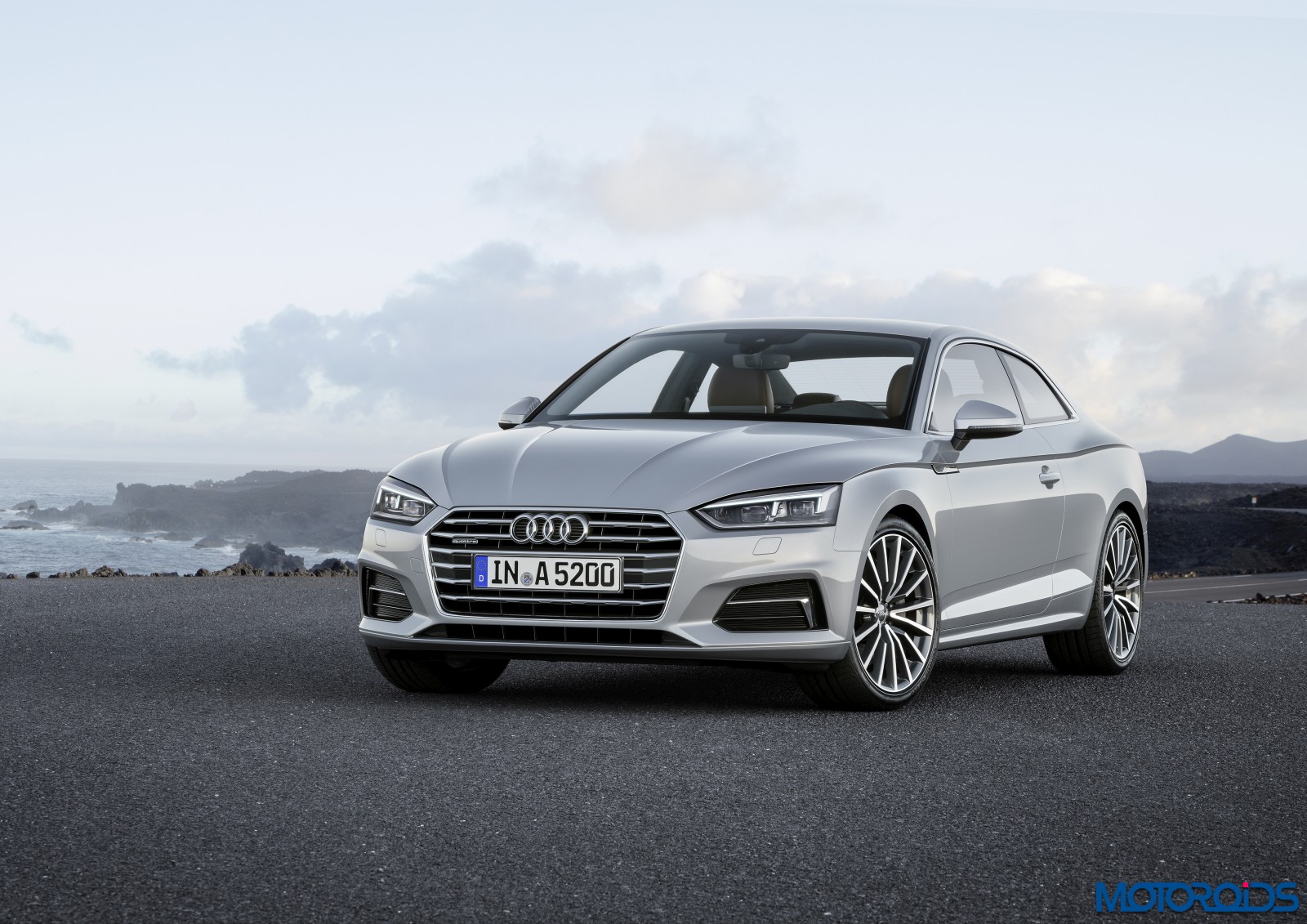 The A5 Coupé will also be available with the Audi connect safety & service package. This includes such functions as an automatic emergency call in the event of an accident, online roadside assistance and Audi service request as well as remote functions that can be used with the MMI connect app on a smartphone, smartwatch or – in conjunction with the fourth generation Apple TV – from a television.

With the standard Audi smartphone interface, Apple Car Play and Android Auto bring the familiar smartphone environment to the car, if desired. The optional Audi phone box with wireless charging in the centre armrest uses near-field coupling to link smartphones wirelessly to the vehicle’s antenna and enables inductive charging according to the Qi standard. For very discerning hi-fi fans, the Bang & Olufsen sound system with its innovative 3D sound is available as an option. 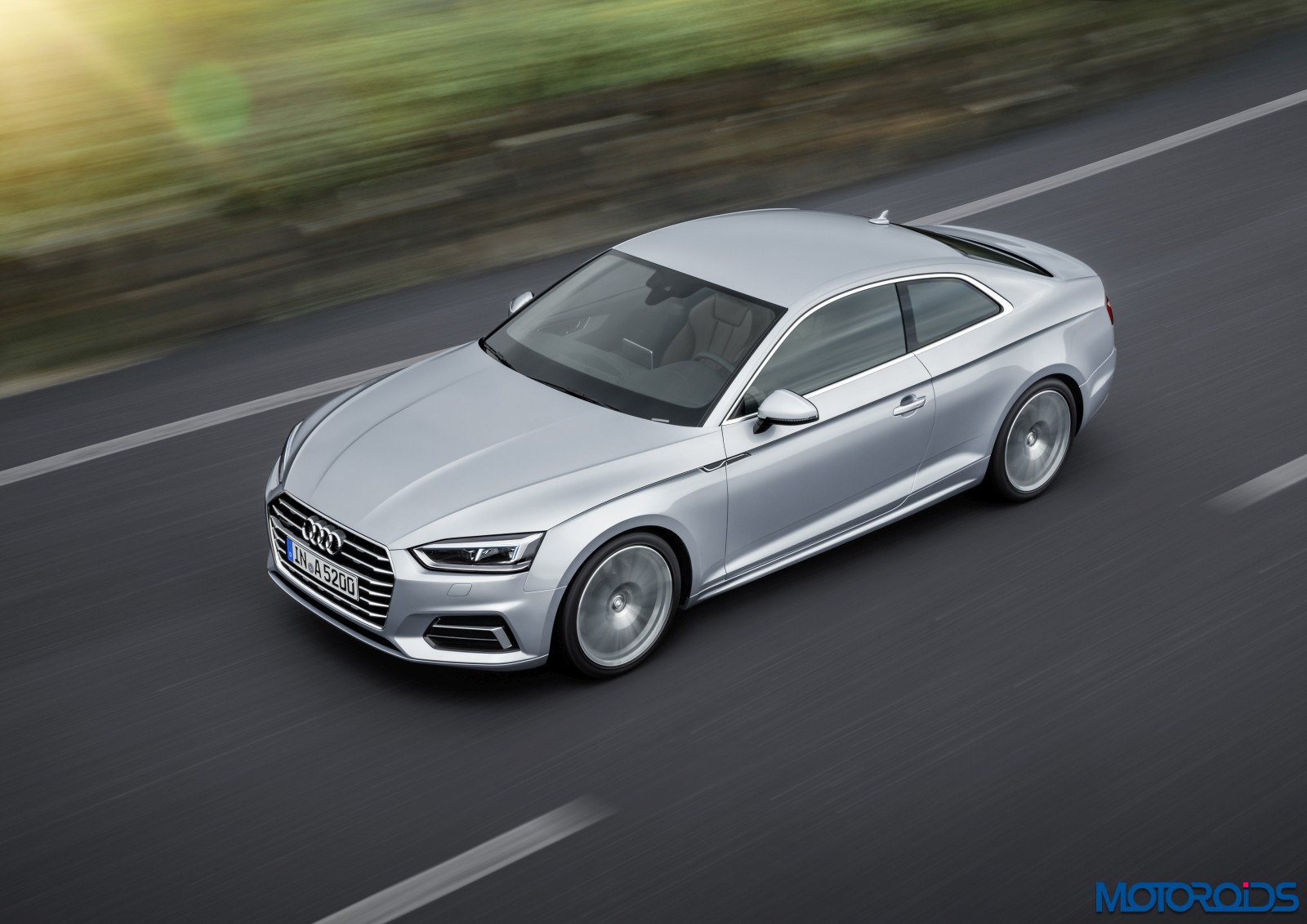 Check out the new A5 and S5 Coupé through the image gallery below. Do let us know your views through the comments section below.