Maruti Suzuki Swift, also known as Suzuki Swift in the international market is about to receive a facelift in Japan. With the Dzire facelift already launched a few weeks back in India, it is now time for Maruti to launch the Swift facelift. Images of the facelift have surfaced online, revealing minimal cosmetic tweaks among other changes. The pictures are from a brochure whose images have been floating on the web.

The third-gen Suzuki Swift was revealed internationally in late-2016 and it is due for a facelift this year. As the newly-leaked images suggest, the updated model will have minor design tweaks. Like the pre-facelift car which came with two different front grilles (simple horizontal slats pattern and honeycomb pattern) and front bumpers, the new model will also use two different options for grille/front bumper. 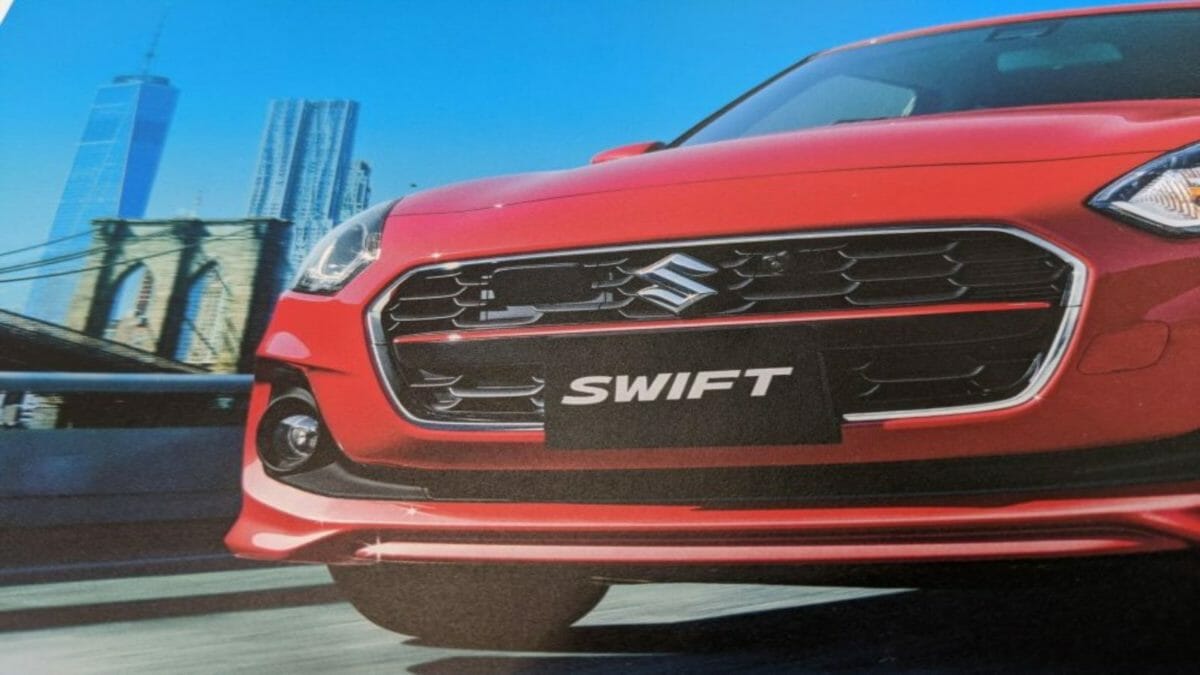 The new sportier radiator grille now features a much larger honeycomb-pattern opening. On the other hand, the simpler radiator grille on the updated Swift has a new diamond pattern which looks much more attractive in comparison to the previous model. It could’ve looked even better had it been a chrome-studded one.

Other exterior styling tweaks include slightly reworked headlamp clusters and a new design for its alloy wheels. The images also show dual-tone alloy wheels although it remains to be seen if it will make it India or not. Changes to the interior are expected to be limited to seat fabrics and the dashboard trim. However, the India-spec Swift facelift may not look like the one seen in these images. It may even continue to offer the same alloys as the current car. 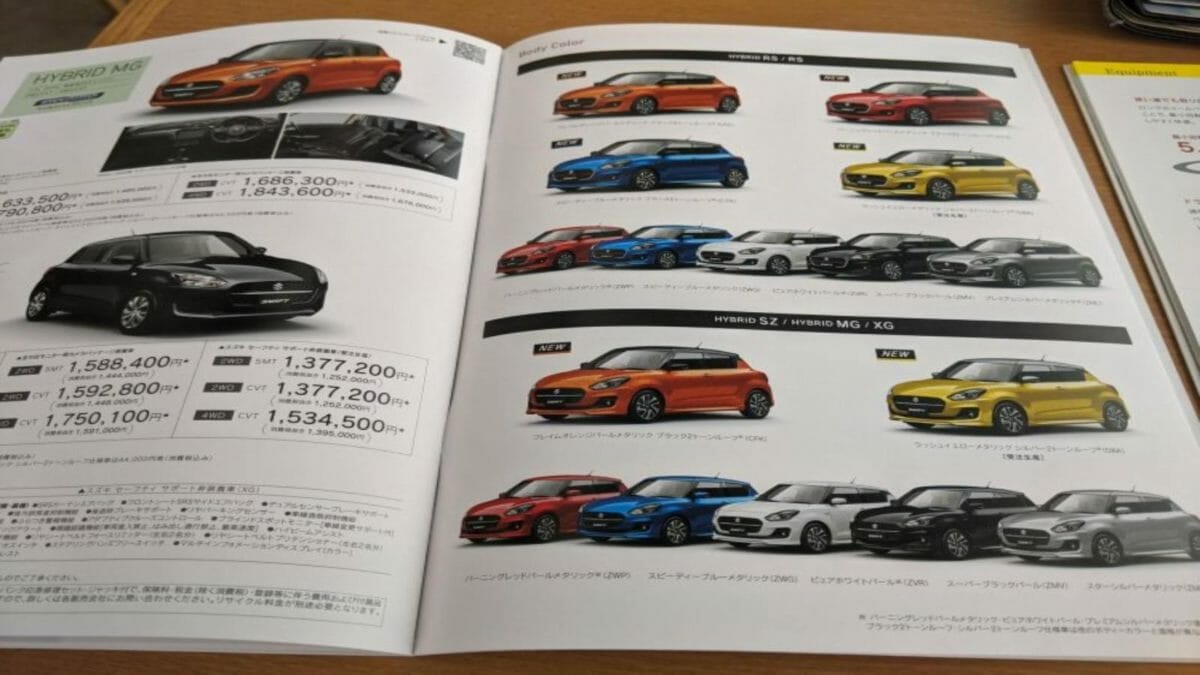 The model seen in the images is for international markets such as Japan. It comes with a 48V mild-hybrid system, similar to the one that was showcased in India at this year’s Auto Expo. The Japanese-spec Suzuki Swift will be made available in XG, RS, Hybrid MG, Hybrid RS and Hybrid SZ trims. While the Hybrid RS/RS will be featured in four new paint schemes including Orange/Red/Blue and Yellow. The Hybrid SG, Hybrid MG and XG will get two new colours Orange and Yellow. 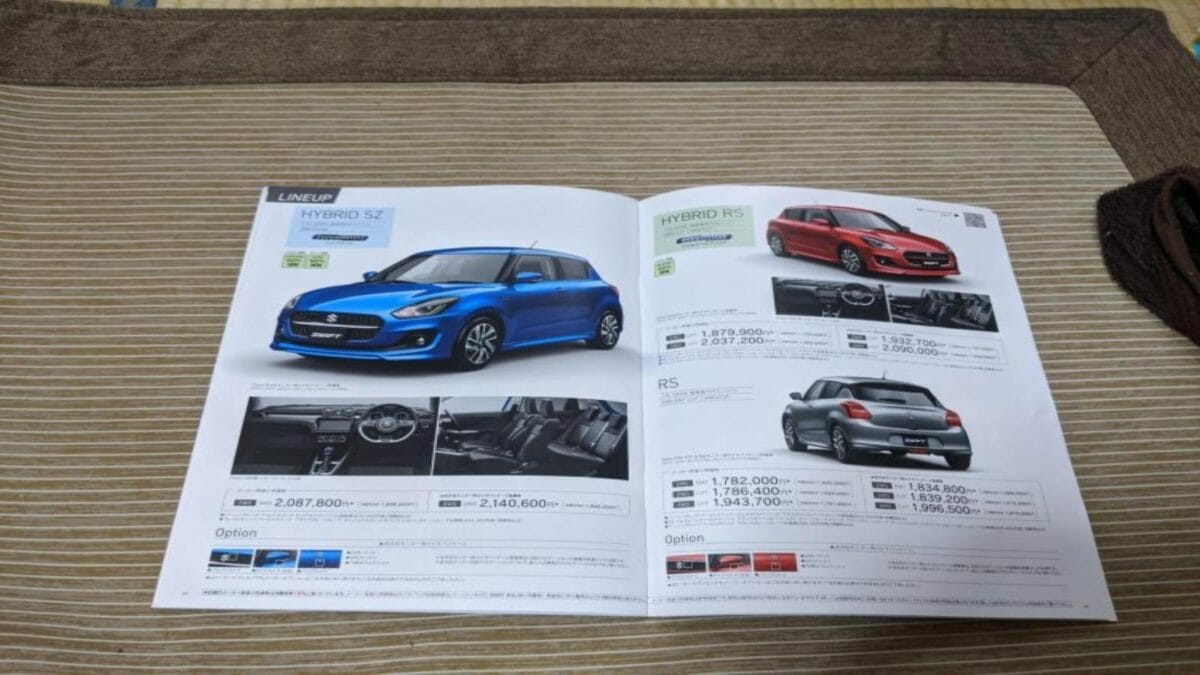 However, a major update is expected to be seen under the hood. The new Maruti Swift is expected to receive the 1.2-litre K12C DualJet petrol motor which was introduced in the updated Dzire compact sedan earlier this year. The BS6-compliant petrol engine produces 90 hp (7 hp more than the older K12M engine) and 113 Nm of torque. Both 5-speed manual gearbox and 5-speed AMT are expected to be on offer. There will be no diesel engine option on the refreshed hatchback. In India, the current generation Maruti Swift was launched in early 2017. So, the Swift might get a facelift later this year or early next year. No extensive changes in terms of design or features are expected in the Indian car either.